Microsoft is set to shut down Xbox Entertainment Studios, its internal branch dedicated to producing original programming for the Xbox brand, the company confirmed today in a statement to Polygon.

The news was first reported by Recode and The Verge.

Microsoft CEO Satya Nadella announced plans for massive layoffs this morning, with as many as 18,000 Microsoft employees set to lose their jobs over the next year. Approximately 12,500 of those layoffs will come in the Nokia Devices and Services division; Microsoft's acquisition of the Finnish corporation's smartphone and tablet branch closed earlier this year. Nadella expressed strong support for Microsoft's Xbox division in a companywide email last week, but focused on Xbox hardware and technology that could be extended across Microsoft, and made no mention of Xbox Entertainment Studios.

Xbox head Phil Spencer said in a statement that as part of Microsoft's restructuring and the upcoming layoffs, company officials "plan to streamline a handful of portfolio and engineering development efforts across Xbox." That includes the closure of Xbox Entertainment Studios "in the coming months," according to Spencer. 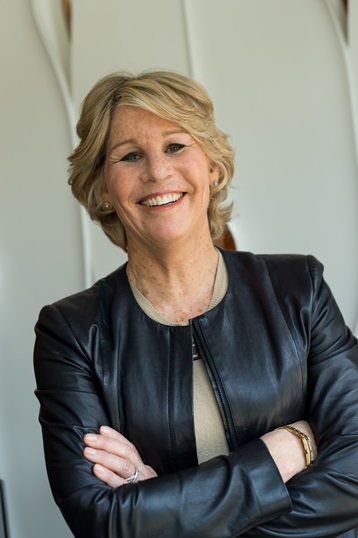 Spencer noted that production will continue on some programming that is already in development, including the Signal to Noise documentary series, the Ridley Scott-produced episodic series Halo Nightfall and the Halo television series. In addition, said Spencer, the impending closure of Xbox Entertainment Studios doesn't mean Microsoft is moving away from launching and supporting non-gaming apps on Xbox devices.

Microsoft founded Santa Monica, California-based Xbox Entertainment Studios in early 2013. With former CBS Television executive Nancy Tellem (right) at the helm, the group was built to develop scripted, reality and interactive programming for Microsoft's Xbox division. The content produced by Xbox Entertainment Studios, which would be released exclusively on Xbox Live, was meant to solidify Microsoft's pitch for the Xbox One as the "the all-in-one games and entertainment system" at the center of the living room.

Xbox Entertainment Studios had announced a wide variety of television projects, known as Xbox Originals, in various stages of completion. There was Halo: The Television Series, with Steven Spielberg as an executive producer; a six-part documentary series called Signal to Noise; Humans, based on the Swedish sci-fi series Real Humans; and more. Programming from Xbox Entertainment Studios debuted earlier this year, including the reality TV series Every Street United, which launched in June at the start of the World Cup.