Share All sharing options for: Special edition The Last of Us and Destiny-themed PS4 consoles coming to Japan

New images revealed by Sony this week show off two new PlayStation 4 models themed around the upcoming releases of Destiny and The Last of Us Remastered, with both models coming to Japan soon.

The white-colored Destiny console looks quite a bit like the Destiny console planned for Europe, with the addition of a Destiny logo on the Japanese version. You can check that out below.

The other upcoming bundle, The Last of Us Remastered PS4, also includes the game's logo as well as silhouettes of protagonists Joel and Ellie on a black console. You can check that out above.

Both consoles will ship with a copy of their respective game. The Last Of Us console will cost 47,980 yen (or roughly $473) and be released on Aug. 21. The Destiny-themed console is priced at 46,980 yen (or rouhly $464) and is scheduled to launch on Sept. 11. Both consoles can be ordered from the Sony Japan online store. 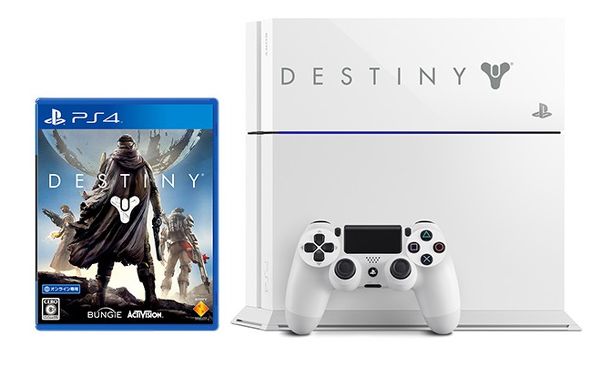