Nostalgia is a powerful drug: How GoG.com is growing beyond a back catalog

Share All sharing options for: Nostalgia is a powerful drug: How GoG.com is growing beyond a back catalog

Let’s say that you’re trying to play Dungeon Keeper, a game that came out in 1997. That piece of software was designed to work with a version of Windows that is seven generations old. There’s no earthly reason it should play on a modern computer.

And yet there are people out there who can make it work.

Scattered across the internet, devoted fan bases secret that kind of information away. One team in Poland is constantly reaching out to these communities and soliciting their rarified knowledge, collecting and digesting their expertise so that other gamers don’t have to. All in the quest to automate the process, so that older games can be played just like new ones; with a single click.

"If someone is in the community for a game that was released 15 years ago," says Magda Oracz-Chomiuk, "then that’s somebody that really loves that game." As the head of product management for GoG.com, she should know. She deals with them every day.

"It’s not about money for them," Oracz-Chomiuk says, "It’s just about the games." 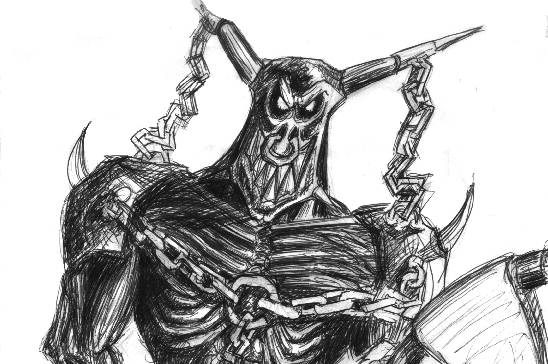 In a dim room of their first-floor office in Warsaw, the GoG.com QA team sits shoulder-to-shoulder playing through games that were made before some of them were out of grade school, making sure that they will run on their customer’s machines.

"The PC market is so fragmented," says Ewa Stiller, pointing to a row of eight computers sitting under a desk in the corner. "So many operating systems, so many graphics cards, so many things that change in every computer. Our test lab has about 20 different configurations that we test our games on. We run it on every system a couple of times to see what happens, to make sure it’s not emitting smoke or something."

The network of computers allows them to play each game, 40 to 60 times, from start to finish, using their own staff and a collection of outside contractors.

"If we’re lucky the process takes about a day," Stiller says.

"Carmageddon took three months," she says. "Everybody in QA is a bit touchy when it comes to that title. If you ask them about it, they’re probably going to go gray in the face."

"We had nightmares that we wouldn’t make it on time," Oracz-Chomiuk says. But in the end, it was the game’s community that came to their aid.

There are even games that are still lying fallow, games they’re not quite able to make work. But they’re still trying.

It belongs in a museum

What GoG.com does is, in a way, a kind of archeology. Their business development team goes out and finds sites in which to dig; the intellectual property catalogs of older companies both large and small. Then, when a deal is struck, they start digging. What they find buried there the rest of their team begins to reconstruct.

Oftentimes, there’s simply nothing in the ground.

"In most cases," says product manager Marcin ‘Paczyk’ Paczyński, "the rights holders have absolutely nothing." That means that the team has to go scouring through the internet as well as their own personal collections to find the retail code for the games. Then their programming team puts it in a modern executable ‘wrapper’ of code, and off it goes for testing.

And then back to the programmers for changes. And back to testing. And over and over until they get it right.

But along the way, sometimes interesting stories fall out. Stiller was there when they found something, hidden inside the executable file for Dungeon Keeper.

"There is a little private message written by the original programmers," she says, grinning widely. "The guy is writing a little letter on the day of the release, ‘We’re really happy seeing the game, and it’s a great game we’ve been working for 16 months on it, and it’s great.’"

Jonty here: I am writing this at 4 am on Keeper’s last day. I look around the office and all I see are the tired, pale faces of the Keeper team. This project has destroyed the health and social lives of each member, so i hope you like the game. Amazingly after sixteen hours a day, 7 days a week, for nearly 5 months we still do. This game has been written with a passion i am proud to be part of. … Sleep is due to me... And I have a dream to live.

— Jonty Barnes, member of the Dungeon Keeper team and now Director of Production at Bungie

It’s more than just games that GoG.com is keeping alive. It’s the stories that surround them. 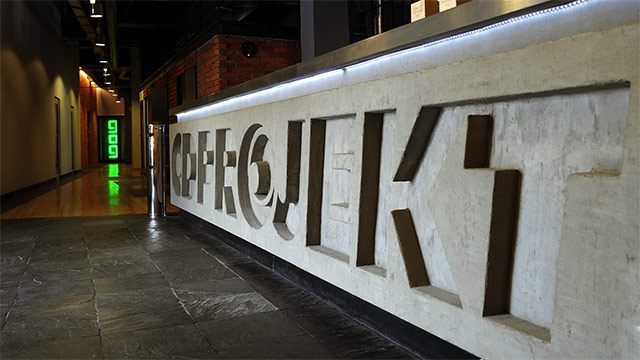 Guillaume Rambourg’s office in Warsaw is almost entirely empty. That’s because Rambourg hopes to be leaving soon to become GoG.com’s Vice President of North America, a title specifically created for him to fill in the soon-to-be built U.S. office in Los Angeles.

"America is the number one territory for GoG.com," he says. "We have to be closer to them, to give them faster access to news and information."

They also need to be closer to their dig sites.

"When it comes to classic games, we are still chasing a handful of publishers. Funnily enough, all of them are based in the LA area."

But GoG.com is running out of older titles. A few, like Maniac Mansion, Rambourg calls his "holy grail." But the main reason Rambourg is coming to America is to go head-to-head against the biggest online games distributor in the world, Steam.

"One of my key missions will be to evangelize GoG.com as the number of alternative source of revenue after Steam," he says. "Our goal will be to develop that [market]."

"We wanted online features to be totally optional."

Over the last few years GoG.com has augmented their regular lineup with new games. But it’s more than just highlighting the part of their catalog that features titles made after 2005. GoG.com is now in the business of day-one releases. And soon they’ll offer their customers even more.

GoG Galaxy will allow players to receive automatic game updates, news on events and sales promotions, and multiplayer features. In short, GoG Galaxy will eventually put GoG.com on an even playing field with Valve’s Steam client.

But Rambourg is quick to point out what makes their solution different — digital rights management or DRM.

"We wanted to have online features inside the online games, but we believe that those features should be totally optional. If the player doesn’t want to get online to upload his achievements to his GoG account, or simply he just doesn’t want to play online, he will not be requested — ever — to get online to play the single player mode. The core of the game will remain 100 percent DRM free at all times.

It’s reminiscent of the old Interplay Entertainment slogan, "By gamers, for gamers." GoG.com is taking up that torch and carrying it back to the States.

Polygon's features team traveled to Poland in the first half of 2014. Our goal was not just to profile a single person or game. We wanted to go deeper.

Over two weeks we covered more than 300 miles. We visited some of the largest and oldest cities in Poland. We met with nearly two dozen teams, and spent time in the homes and workplaces of the individuals making games in the heartland of Central Europe.

This article is just the beginning.