The Dark Edition will feature the Ultimate Kaos Trap, which allows players to grab Kaos and put him into play. A limited number of standard-sized Kaos Traps will be released worldwide when the game launches on Oct. 5, but the Dark Edition features a larger collectors trap only available within the pack.

The $99 Dark Edition will be available for Nintendo Wii U, PlayStation 3, PlayStation 4, Xbox 360 and Xbox One.

Skylanders will be represented at San Diego Comic Con for the first time later this week, where players can get a look at the Dark Edition in action as well as the debut issue of the new Trap Team prequel comic book series. Attendees are also invited to the official Skylanders panel on Thursday, "Skylanders: The Creative Process of Bringing Toys to Life." 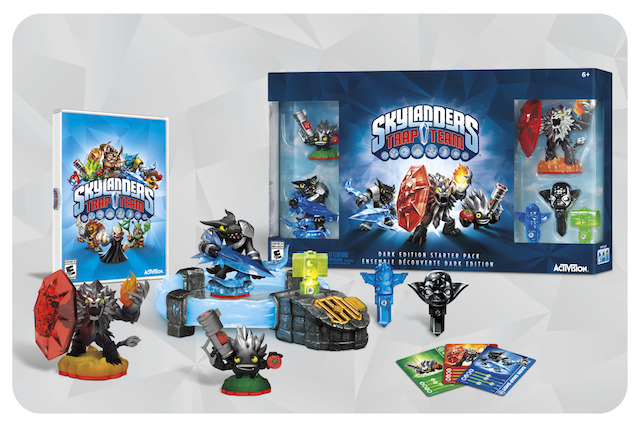