The Sims 4 might include a Battlefield-style premium membership option

It looks like The Sims 4 is going the way of the Battlefield franchise, with Maxis advertising a premium membership option in its latest demo video.

In the past, Sims games have largely relied on post-launch profit with content expansions, from your standard beach adventure to bizarre ways to kick the bucket and Katy Perry's wardrobe. But outside of The Sims Online — which launched in 2002 with a $9.99 monthly fee, was rebranded EA-Land in 2007 and shut down the following year due to poor lifetime sales —  no franchise title has offered similar subscription options. Both The Sims Social, which also closed in 2013, and the PlayStation 2 version of The Sims Bustin' Out featured online multiplayer, but without additional fees.

In the video, a briefly shown screenshot at the 13:26 mark details a premium membership for The Sims 4, which will give players early access to new packs and exclusive in-game content, including three expansion packs revolving around holidays. 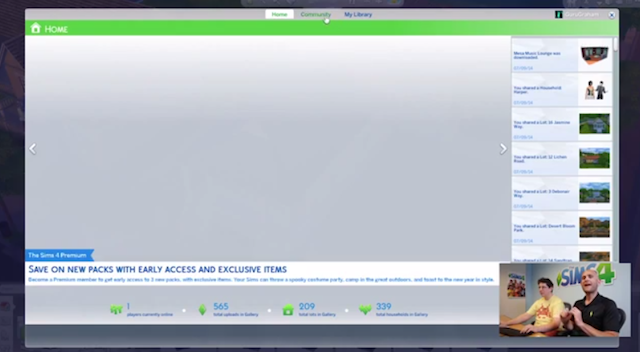 "The Sims 4 Premium: Save on new packs with early access and exclusive items," reads the screen. "Become a Premium Member to get early access to 3 new packs, with exclusive items. Your Sims can throw a spooky costume party, camp in the great outdoors, and toast to the new year in style."

Battlefield's own premium service launched in 2009 with Battlefield Heroes. The membership allows players to gain early access to expansions and other DLC sometimes weeks before non-members can obtain them, as well as to member-exclusive bonus content. The service also allows players to pay once up-front for a handful of future DLC packs.