Polygon managing editor Justin McElroy is a profoundly broken person who thought it would be a good idea to review every FMV game. This is his Full Motion Vision Quest. Further examples of his depravity can be found here.

SYSTEM: ... Basically any system that could play video ever.

Life on the American Frontier wasn't easy, a fact that's been well-documented by songs, novels, movies and The C.O.W. Boys of Moo Mesa. But no picture of this unforgiving chapter of America's history has ever been so grim as the one painted by 1990 American Laser Games classic Mad Dog McCree.

So desperate are the people of Unnamed Frontier Town, so beaten down by Mad Dog and his gang, that they're willing to deputize the first stranger that happens to wander into the city limits as their new Murderer-In-Chief. The player is unknown to the residents of UFT, but within seconds of his or her arrival, a pistol is jammed into their palm and they're provided with permission — nay, strict orders — to murder any vaguely threatening humans they encounter with no fear of legal repercussions.

Here is the full interview process before the player is granted a license to kill:

[half-second pause for player to weigh the moral repercussions of becoming an unhinged killing machine whose one-man-massacre will transform them into something more than human, but also something less]

Did I mention this interview is conducted by a weird old prospector who is apparently the democratically elected representative of Unnamed Frontier Town for recruiting conscience-free angels of vengeance?

It's hard to blame the townsfolk though. Their sole law enforcement official has somehow been locked in his own jail, a staggering display of Barney Fife-level incompetence. The prospector insists it's essential to free the sheriff from imprisonment, an argument that's pretty shaky considering the sheriff's job performance to this point.

With a bit of expert gunslinging, the sheriff is freed and makes the following contribution to the cause: 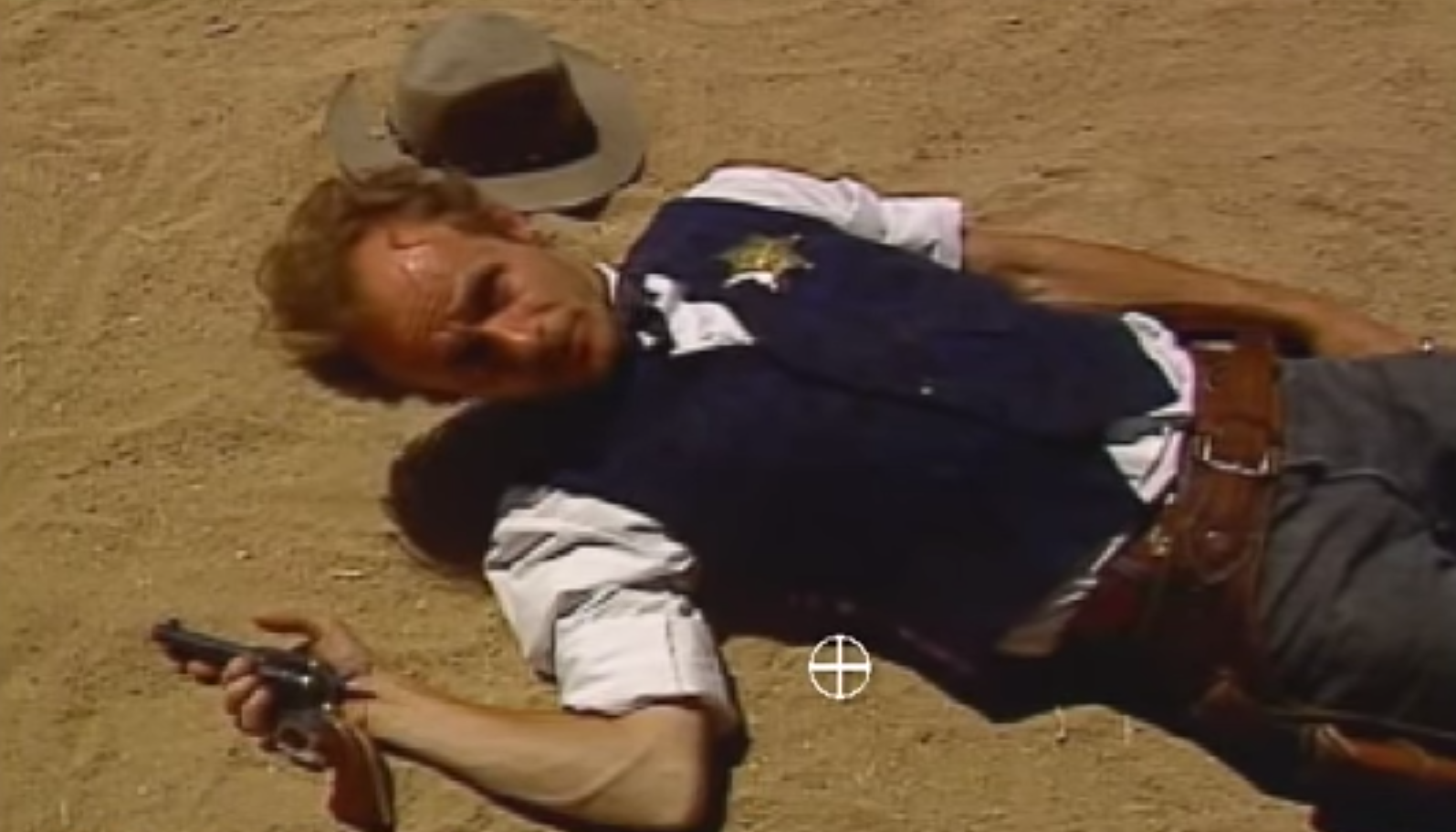 In fairness, the sheriff also provides the location of a map to Mad Dog's hideout with his dying breath. The player must then leave the safety of Unnamed Frontier Town and venture out into the desert where they're confronted with an improbably helpful sign. 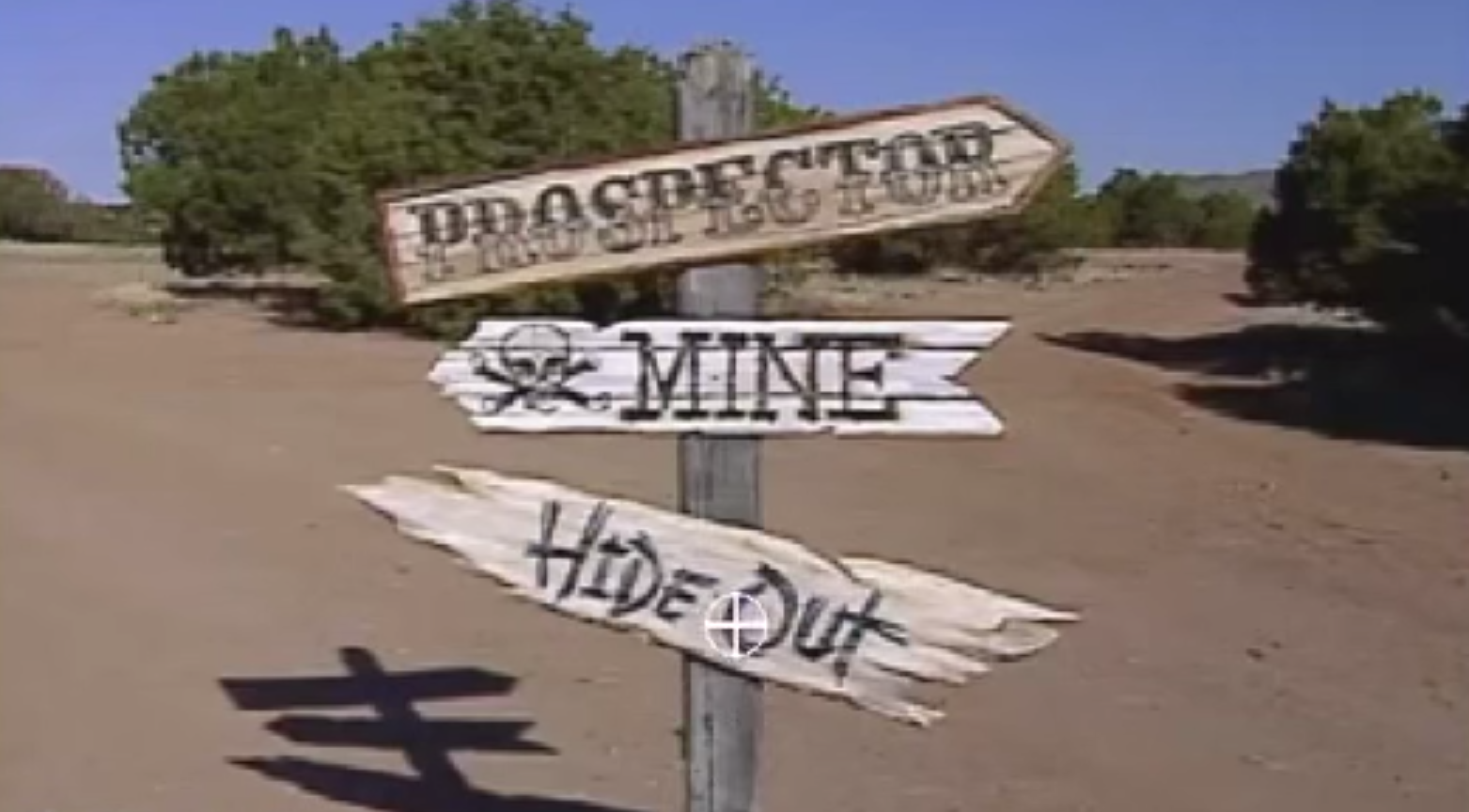 How does the murderous stranger choose their path? Why by shooting the location they'd like to travel to, of course! There may be other ways of interacting with the outside world than shooting it, but to the blood-soaked stranger, they are but a memory, like a zoo gorilla's dreams of swinging freely through the jungle.

I like to imagine the prospector watching from afar as the stranger mindlessly pumps bullets into a helpless road sign and realizing with a smile that the last vestiges of the player's humanity have finally been stripped away. 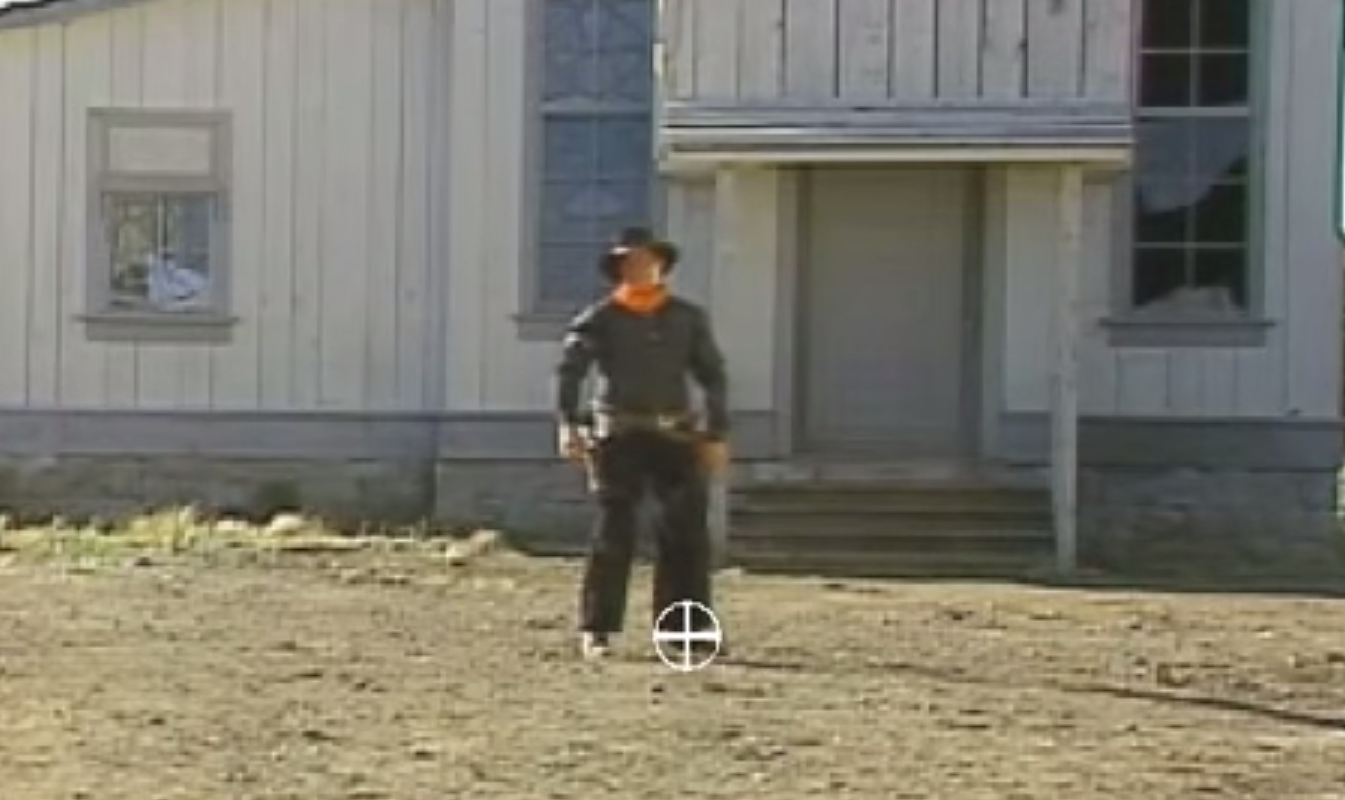 The player finally squares off against Mad Dog, who, one must imagine, is utterly terrified of this human-shaped nightmare that kills without provocation who stands before him. He is right to fear: With a bullet to the chest and another to the head, Mad Dog is dead.

The player stands before the body and stares at that flesh which was once Mad Dog praying for an emotion to fill their head. Rage? Joy? Triumph? No, none of that. There is only jealousy as the player realizes that, for Mad Dog at least, there will be no more killing.

As the townsfolk celebrate their sadistic savior, a gunshot rings out in the distance and the prospector informs the player that he suspects their services will be needed again. Could that be Mad Dog in the distance? Has he been reanimated solely by the force of Beelzebub's unquenchable thirst for violence? Is there no peace for anyone?

WHAT TO DO WITH YOUR COPY: Hide it in the deepest darkest hole you can find and pray you can forget this guy: