The character has only been around since 1987, when he debuted in the original Street Fighter, but according to Ryu's bio, as detailed in the Super NES port of Street Fighter 2, he was born on July 21, 1964. Ryu's longtime friend and rival, Ken, will turn 50 next February.

Ryu is certainly not the oldest of Street Fighter 2's warriors. E. Honda, Zangief and Guile are all his elders, and Dhalsim is the oldest of the original eight. Dhalsim, born in 1952, according to the SNES game, will turn 62 later this year.

Ryu also shares a birthdate with T. Hawk, who was introduced in Super Street Fighter 2. T. Hawk was born on July 21, 1959, according to his bio.

Since his appearance in Street Fighter, Ryu has appeared in every main Street Fighter game, including the Alpha and EX spin-offs. He's still something of a contender in the latest iteration, Ultra Street Fighter 4, though his Evil Ryu persona outranks him in tier lists. 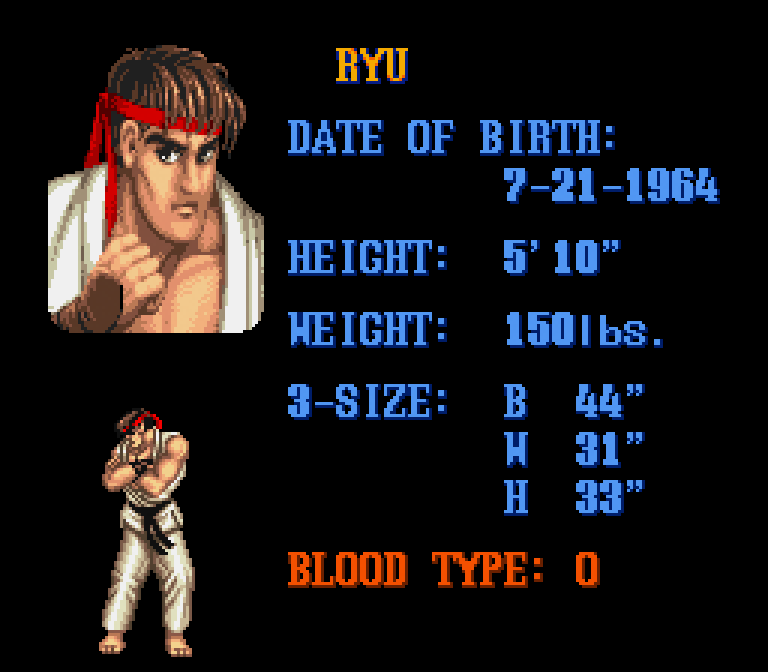