Share All sharing options for: How the Model T convinced Nvidia to build a gaming-focused tablet

The rumors are true: Nvidia is building a tablet for gamers, and you can blame Henry Ford.

Today's announcement turns the Shield brand into a family of devices, which began last year with the hardware now known as the Shield Portable, a handheld with a built-in controller.

"We've always been thinking about what's next," said Matt Wuebbling, General Manager for Tegra and Nvidia's Mobile Business Unit in a press briefing. "What makes sense to actually bring out next. Shield has actually given us a great device for us to focus on, [as] a company." 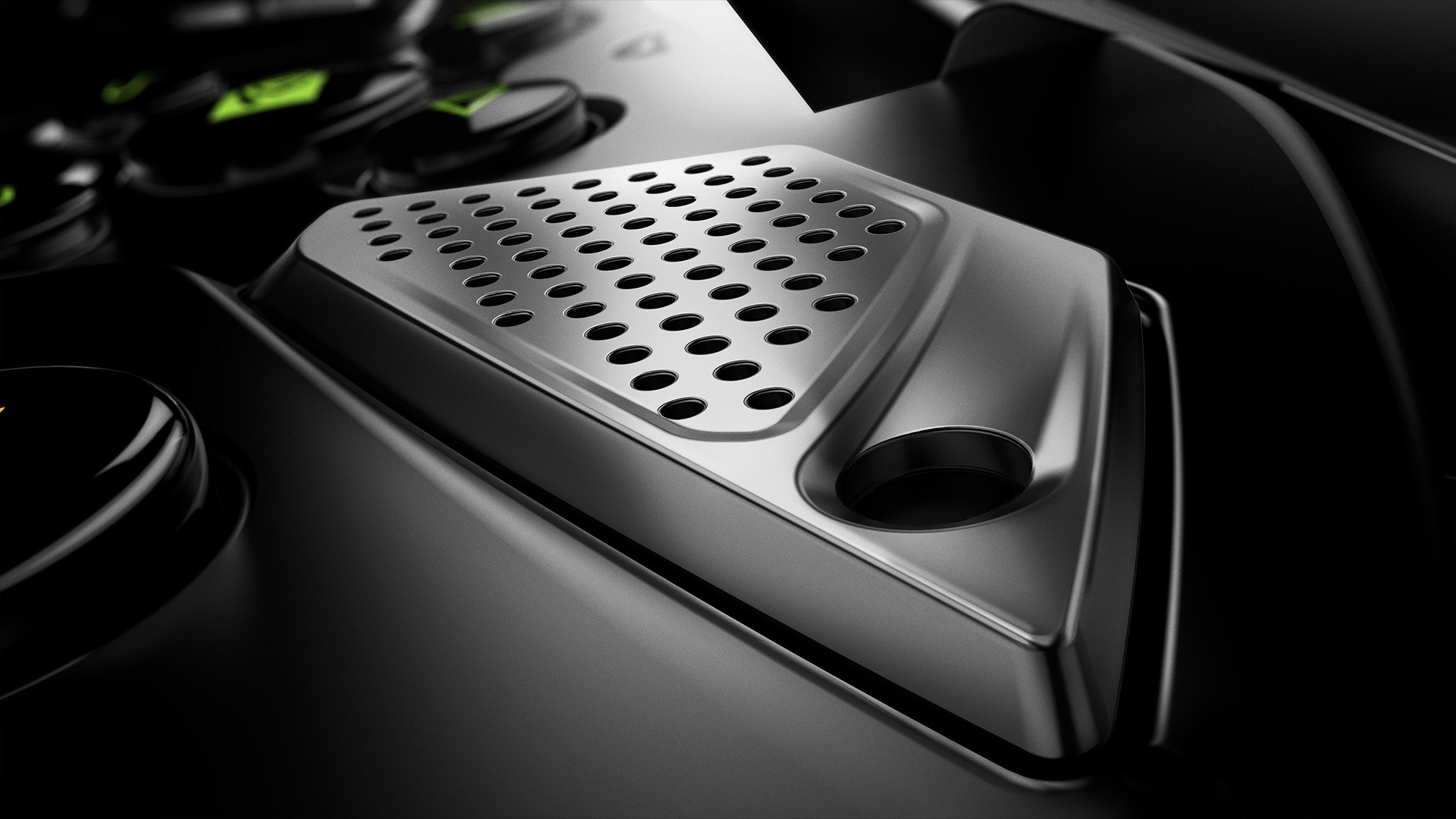 Since the Shield Portable's release last year, he said, Nvidia's focus has been on increasing the handheld's potential through a combination of software updates — bringing features like Android KitKat, 1080p streaming from PC — and expanding the software catalogue with games like Half-Life 2 and Portal. With software progressing at a fairly rapid pace, the company turned to hardware, and tablets seemed like the next obvious choice in a "maturing market."

The way Wuebbling sees it, the tablet market is analogous to the automobile market. At first, he said, their existence was all that mattered because everyone just wanted the amazing new technology. As the market matured, specialization occurred. The Ford Model T began a revolution that evolved into cars and trucks and vans. Like the PC market, which began with brown desktop boxes and evolved into laptops and gaming PCs, the general became specialized.

"We fundamentally believe that tablets are going through that exact same rapid maturity," he said. "It's a device that's absolutely taken off, and now there are segments that are cropping up. We think this gives Nvidia a great opportunity to bring a different product to market and focused on gamers, a group of end users we know very well."

Nvidia designed the Shield Tablet to be a "great tablet first," Wuebbling said. The Android-powered device will run a stock version of Google's operating system, powering apps like Netflix with 1080p streaming and Nvidia's own Shield Hub app (previously known as Tegra Zone), which gives users access to Shield's 400-plus optimized games and other media apps. Its Tegra K1 mobile processor with 192 dedicated graphics cores powers the device, which is expandable to 128 GB through a microSD slot. The Shield Tablet's controller counterpart uses Wi-Fi Direct technology for low latency connections.

When it launches next week, the Shield Tablet will ship alongside eight games optimized for the device, with three more in the pipeline. During the presentation, Nvidia highlighted Titanfall, Trine 2 and War Thunder. 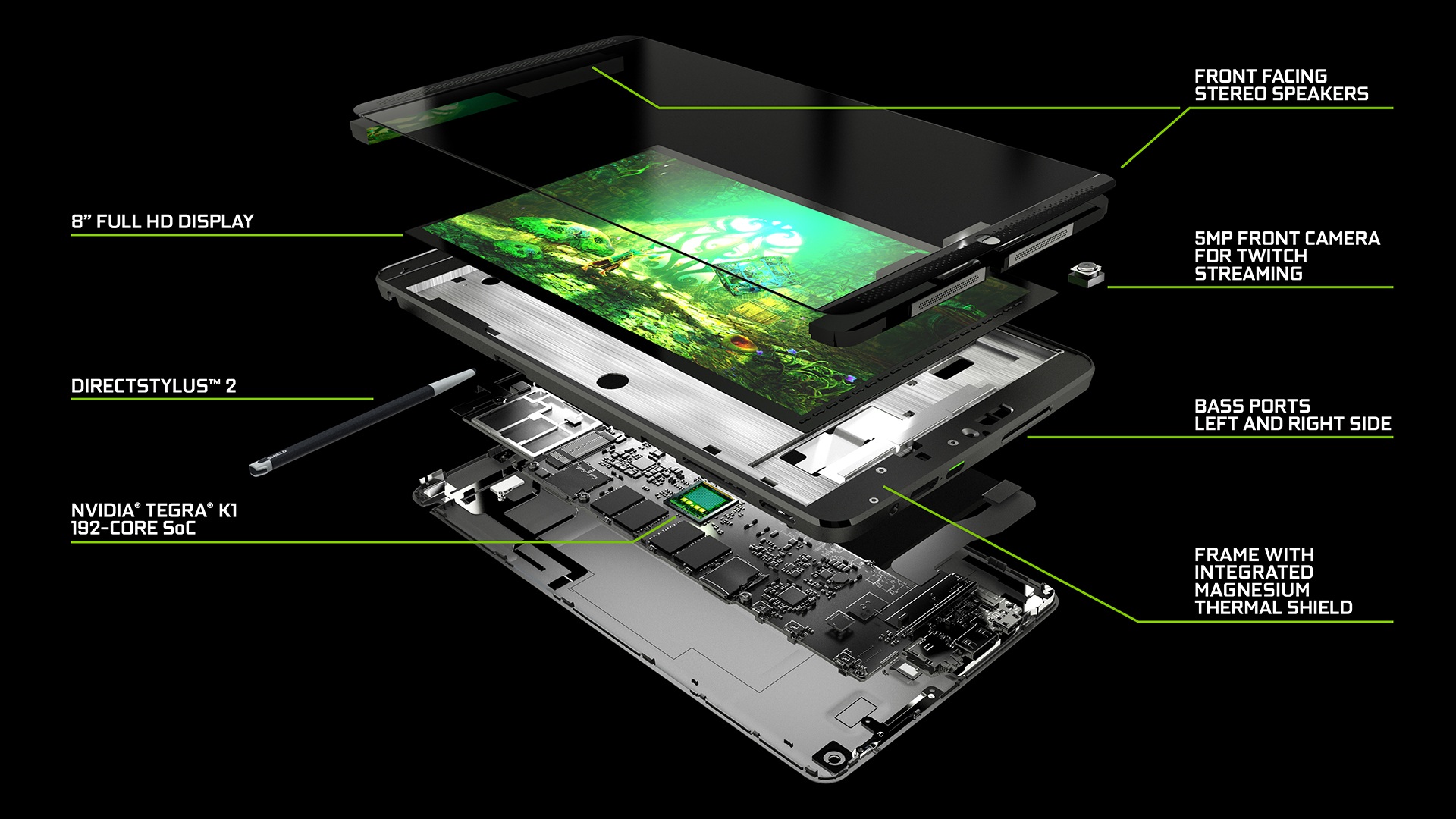 So Nvidia made a tablet for gamers. But where does it think people will play it?

"We see a number of unique use cases with this product," Wuebbling said.

Like its handheld counterpart, you can play it in coffee shops, airplanes, trains. You can hook it up to your TV and use it as a console with up to four controllers. You can use its front-facing camera to play games and stream to Twitch in real-time at resolutions up to 720p.

The last and biggest remaining question is obvious: How long will this on-the-go device last?

"The way I think about it is, 10 hours of video playback on the tablet itself," he said. "The next question is typically, 'Well, how long can I game on it?' I guess my answer to that is, it all depends. Games are very different. If you're playing Angry Birds on the tablet, you can game pretty much forever. But if you're talking about ... high, intense, new content that you've never seen before on Android, it'll last anywhere between four and six hours. But it really depends on the game and what's going on with the game."