Jurassic World is 11 months from release, but a steady trickle of leaks and promotions have been hitting the internet since the beginning of this summer. This week, director Colin Trevorrow tweeted the exclusive poster for San Diego Comic-Con.

On the poster, a velociraptor stands atop a wrecked jeep, similar to the iconic vehicles from the original Jurassic Park. In the background, we see a mountain, construction work and a cargo helicopter carrying … who knows what. Dinosaurs? Jeff Goldblum? Thousands of cans of shaving cream? Whatever the case, I'm happy the titular world isn't an excuse to set a Jurassic Park in New York, an idea that sounds great for genre films, but is more often like Friday the 13th 8: Jason Takes Manhattan than The Avengers.

For whatever reason, I have the Jurassic Park series in my mental list of cherished video games, though I can't think of any one game I loved. It's not like Star Wars, which has Knights of the Old Republic, Tie Fighter and a hodgepodge of other good games. When I close my eyes and conjure a Jurassic Park game, this is what I see. 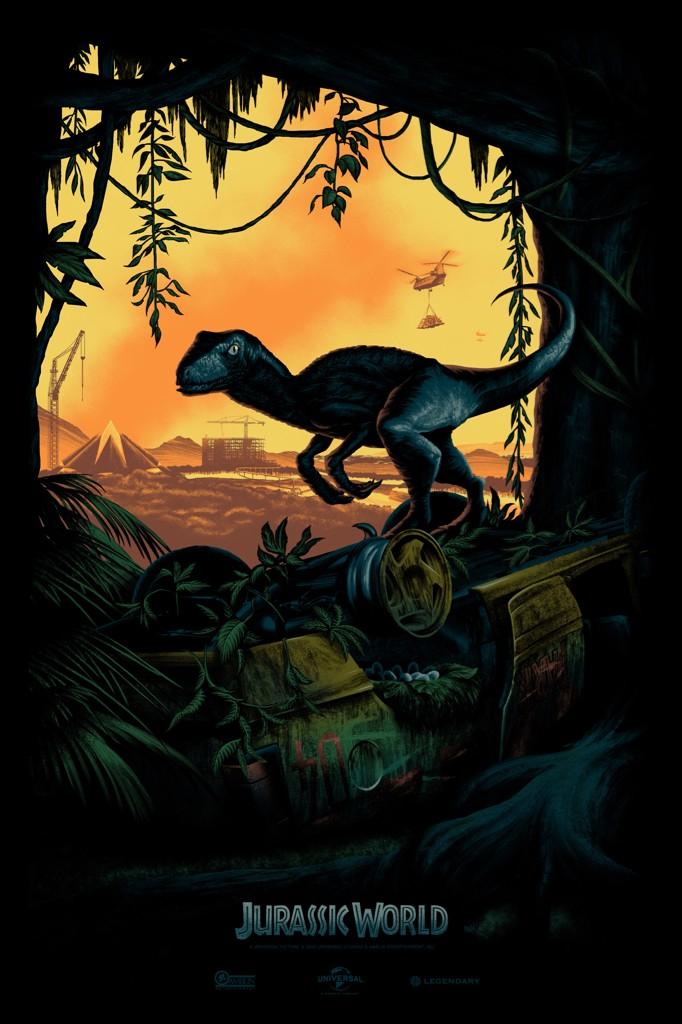