Share All sharing options for: College football players want the NCAA Football video game back as much as you do

If you're bummed that EA Sports killed its NCAA Football series, know that the college football players it featured are bummed out, too. A few said they don't want money from any legal settlement — they just want the game back.

EA Sports ended its long-running college series last September to settle lawsuits brought by former players — which became a class action involving current players — over the uncompensated use of their likenesses in the series. This particular case highlights the debate over the NCAA's amateurism rules, in that even if EA Sports was willing to pay for their likenesses (it even lobbied the NCAA for such permission) to do so would render any player appearing under his own name ineligible.

Virginia Tech player Luther Maddy told CBS Sports' Jon Solomon that he listened to someone argue about college player compensation on YouTube over the offseason. "There was a lot of good points about why they should," he said, "but for the most part, [NCAA Football is] just a fun game. I don't think you deserve to get money just because you're in the game." 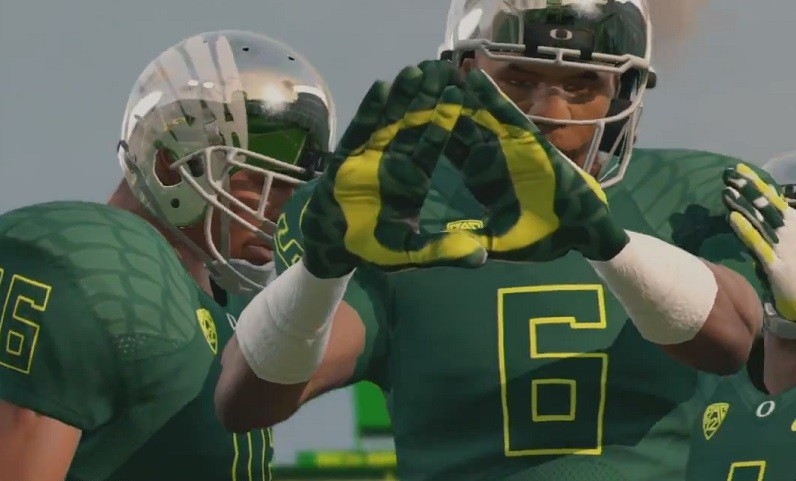 We give them nothing: The punishment of amateurs doing professional work

Two settlements concerning thousands of current and former players appearing — without their permission — in a decade's worth of video games could end up sending them checks for hundreds, possibly thousands of dollars. Amounts will depend greatly on how many players file claims, and in what year they appeared, but estimates have ranged from $400 to $900 for appearing in a single version.

Should Maddy go professional, he'll find the NFL Players Association's point of view is starkly different from his. But Boston College's Andy Gallik pointed out to Solomon that four years at his school amounts to costs of about $250,000, which is why he's less concerned about side benefits such as this. "I'm a little disappointed the game is gone," he said. "Every year all of the college guys would be excited to see our faces in the college game and pretend to be ourselves."

Gallik's statement is at odds with the longtime official posture EA Sports put forth — that the game did not use real players, even if rosters were coded and rated to account for current players on real teams, using identifying traits like height, weight, uniform numeral and home state, under a generic name. In testimony, EA admitted to developing college games using players' real names, later stripped out. When litigation was brought against Electronic Arts, the publisher shifted to a First Amendment fair-use defense that two federal appeals courts ultimately threw out. Estimating that losing at trial could result in a judgment $100 million or larger, EA chose last year to settle for $40 million; the NCAA added a $20 million settlement for its role this June.

Chris Conley of Georgia, a member of the NCAA Student-Athlete Advisory Committee, told CBS Sports that the unauthorized use of someone else's likeness "rubs me wrong."

"Every year all of the college guys would be excited to see our faces in the college game and pretend to be ourselves."

"Put it this way: There's no way you can tell me that a guy who's 6-3 from Georgia, has my skin tone and wears my number and lines up in the same place is not me in the video game," he said. "Now the way we go about it, whether it's canceling the game or finding compensation, we have to look at that."

Solomon's article has a broader accounting of the stakes in this debate. N.C. State athletics director Debbie Yow said she believes there is support among the so-called "Power 5" conferences — comprising the largest programs in the nation — are open to a "serious" discussion about letting players be paid for the use of their likeness in merchandise such as video games.

Such a structure could, conceivably allow for the return of a college football video game, though if only the "Power 5" sanctioned player compensation such a game would only feature 65 of the 128 Football Bowl Subdivision teams.

Five Nights at Freddy’s is behind your favorite TikTok trend