But WHAT CAN BE DONE: dos and don'ts to combat online sexism

Share All sharing options for: But WHAT CAN BE DONE: dos and don'ts to combat online sexism 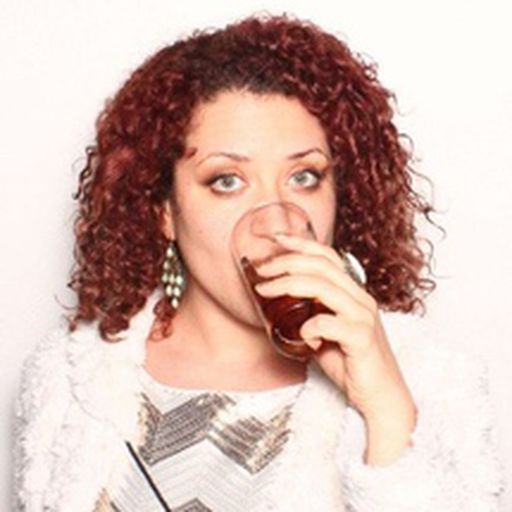 Editor's Note: After publishing Brianna Wu's excellent opinion piece on the level of harassment women have to deal with in the game industry earlier this week, we received a lot of feedback. One question we received from some frustrated readers was: What can I do to make a difference? To help answer this, we've reprinted this post from Leigh Alexander's blog with her permission.

As you know, sexism is bad, and when bad things happen, you might have feelings about it too. But how can you help? What should be done? Here is a guide:

DON'T: Tweet at women asking them "what should be done". When someone is venting about systemic injustice, commandeering their attention with the question, "but what solutions would you recommend" is akin to walking up to a person who is on fire and asking them to bring you a bucket of water so that you can "help."

DON'T: Make the person who is clearly suffering from the effects of an unfair system do free work for you. If you need more information to understand what you see happening, you have ways of obtaining it: Look at someone's profile and read their feed or their conversations. Look at links that have been posted. Google. Ask your own friends. You can find a Game of Thrones torrent from anywhere in the world, and you can find out what has happened or is being discussed without making people who are obviously upset or occupied explain it to you. Some people may have high public profiles and busy feeds; some people may even be experiencing stressful interactions, even threats. You are not helping by butting in with "link please" or "did I miss something."

DON'T: Feel like you have to give a response. Sometimes people simply want to be heard and understood, and you do not need to prove you are a good person by offering a pithy reply or insincerely fist-shaking along. One component of sexism is that men tend to inherently expect that what they say is valuable, and that a statement from a woman cannot possibly stand alone without their contributions. It is totally and entirely possible that you might have nothing to add, and you could benefit from the conversations of those who do.

DON'T: Try to explain things. Understand that even if the person you are addressing is not an authority in her field (though she often may be, as sexism targets prominent women) you ought not automatically assume she needs you to let her know how things go in her field, unless she has asked. Experiment with the idea that her experience is not whatsoever about you and it's not the time for you to attention-seek or offer an ‘alternative perspective'.

And absolutely don't try to explain to a woman writer or speaker what sexism is or what is happening to her. She knows.

DON'T: Tone-police. Does she sound enraged, impatient, and bitter? Is she not being especially nice to all the people who have Tweeted at her to explain sexism, ask her how to solve sexism, or otherwise undermine the things she is saying? Too bad. You wouldn't be nice either if you lived in a system which consistently conspired to remove your authority and devalue your work. No matter what happens, you are not the victim in the situation — do not re-center conversations on yourself and your needs and emotions by pestering angry women to talk more nicely to you.

Did she hurt your feelings? You'll live. Ditch the passive aggressive "fair enough" and "I was merely trying to" and "as you wish" and all of this, leave her alone, and consider your obligation to be part of the solution to a system that has harmed her and made her angry. If you think women, particularly women who are public figures, should feel an equally-important sense of obligation to make you feel good about yourself while they are under stress, congratulations: You are part of the problem.

don't try to explain to a woman what sexism is. She knows.

DON'T: Make stupid jokes. You might be one of tons of people Tweeting at her, tone is hard to read online, and you shouldn't be putting anyone, especially someone who does not actually know you, in charge of figuring out your sense of humor when they are under stress. You might just be trying to lighten things up or cheer the situation, but let people be angry, let them have heated discussions if they want and need to. Imagine this: Your dog dies, and a stranger walking past thinks you should cheer up, or take it less seriously, and decides to joke about your dead dog. What would you think of them?

You aren't the mood police, and joking when someone is upset just sends the message that you don't want to take her feelings or challenges seriously.

DO: Express your feelings of support. When you see something unjust happen, say that you condemn it. When someone's the victim of destructive sexist behavior, defend them — not in a brownie points-seeking way, directing your comments at the victim herself or copying women into your Tweets so that they know you're a good guy — but in your own channels. When you see friends and colleagues passing on destructive opinions, challenge them. By engaging the issue yourself, you take responsibility.

DO: Consider the well-being of others. When a woman or group of women becomes the victim of sexist harassment in public, spotlighting them isn't always helpful, even if it's well-intentioned. Tweeting "Everyone currently spewing hateful bullshit @thisperson is a jerk" expresses a noble and true sentiment, but it also does two things: puts the spotlight on @thisperson and the volume of hate speech circulating around her, and also risks attracting more jerks. Good intentions aren't quite enough: Think about the impact your statement may have, and make sure you're not just creating more social media noise for someone. You do not improve someone's level of stress or overstimulation with a wall of five replies from you about how bad you feel for her.

DO: Boost the individual and her work, not her victimhood. No woman who experiences sexism in her profession wants to be known primarily for "being a woman who experiences sexism." It is right to defend and support women, and it is right to condemn sexism, but sometimes the best way to do that is by supporting their work. Hundreds of hair-tearing tweets protesting all the terrible sexist things that are happening to so-and-so can actually have the same ultimate effect as sexism: In both cases, the woman is reduced simply to "victim of sexism".

Instead of Tweeting "it sucks what's happening to @thisperson, why are people so evil and why is this industry so terrible," consider something more like "I support @thisperson, author of this impactful paper [link]" or "I respect @thisperson, one of the best speakers on [topic] that I've ever seen." Be sincere and not flowery or excessive — sometimes when people are trying to diminish someone because of their gender, talking about their achievements instead is the best countermeasure. Keep the individual at the center of the story, not the people harassing her nor the fact of her harassment. Don't say "it's so brave, what you do." Say "I like something you created."

And remember, women are individuals who all do different kinds of work, not a hive mind of "women writers" "women programmers" or "harassment victims" for you to group together.

No woman wants to be known primarily for "being a woman who experiences sexism."

DO: Take on some of the battles. When you see someone attacking a woman — or even just asking the kind of obtuse "but why is this a problem" questions we've already discussed in point one, here — explain and correct. Provide resources. Injustice and inequality of all kinds happen because people don't recognize or realize the myriad way society has written different, deeply-ingrained rules for some people versus others, and information and empathy are keys to solving that problem. It should not only be women and minorities who are in charge of disseminating this information and heading up this fight.

Offer to moderate your friend's Twitter feed or her website comments at stressful times (if it's someone you know personally, who would trust you with her login information). Empower yourself to do better than just watching things happen with angst and concern, feeling bad about yourself and wondering "what can be done". Take the lead sometimes, especially when you see someone being assailed, and share the load.

DO: Be aware of your own power and how you can use it to help others. It's tough for women when they speak or write about sexism, or become victims of public harassment, to see strangers on Twitter care about what is happening to them — but their male peers, the organization they work for, their colleagues and coworkers remain silent in public. Don't just send her a nice note in private about how bad it looks like things are sucking and how you "have her back." Actually have her back. Stand up in public and say that yours is not a professional infrastructure that allows women to be abused or treated unfairly. Say that so-and-so is a talented, valued asset you're proud to work with or for.

The silence of our friends is so much more painful than the noise of our enemies, and when our bosses, important figures in our field, or colleagues do not come out to condemn sexism or acts of abuse against us it can be very lonesome — we get the message that sexism is our own problem, an inconvenient issue that no one wants to get their hands dirty with.

When men condemn sexism the response is universally approving — good man, brave man. When women talk about sexism, we get death threats. Men should use this advantage to the fullest: The essays guys often write about how sexism is wrong or how they came to understand their own sexism may set examples for other men, and that's not unimportant, but it's basically just patting their own backs if those men are not also signal-boosting and supporting the work of women colleagues, hiring women, and bringing attention to the accomplishments of the women in their field.

DO: Care about feminist issues all the time, not just when someone you like on Twitter seems to be being abused. Share and RT the stories and articles that have educated you so that others can learn from them. Regardless of gender, all of us have been sexist before and will probably be again, as sexism, like racism, is unconscious and related to the values we internalize in our societies growing up. If someone tells you you are being sexist or racist, it is not a slur against your character, but an opportunity to learn more about yourself and others. We should all be interested in continuing to read, learn and share with those around us.

[Editor's note: Comments for this article will be routed to this forum post. This keeps the conversation in one place and helps our moderators keep things civil.]