Share All sharing options for: Why it took a Korean movie to craft a successful BioShock story

Snowpiercer is Joon Ho Bong’s dark sci-fi film about a post-apocalyptic society set on a perpetually-moving train. It's now enjoying a limited theatrical release in the United States.

[Note: Minor spoilers for Snowpiercer ahead.]

The movie hits all the right notes for a dystopian narrative; set as it is in an evocative, but deeply unfair and savage world. It's peppered with mystery and social commentary, particularly about classism and survival. And it and moves at the speed of, well, a bullet train. But, all throughout watching it, I couldn't shake a familiar feeling. The same feeling I had playing the original BioShock.

The entirety of the human race lives aboard a giant train in Snowpiercer. It was once a luxury liner that was converted into a kind of ark after a freak environmental disaster froze the world. The first class passengers relax in luxury and comfort, while the tail residents live in desperate squalor, under the omnipresent threat of brutal violence from the upper-class guards.

The parallels between Snowpiercer and BioShock are both plentiful and strong. Both narratives focus on hermetically sealed dystopian societies cut off from the wider world. Both feature class struggle at the heart of their narratives, with the distinction between the haves and have-nots illustrated in gory, excruciating detail.

The train is headed by an egomaniacal central figure — Wilford, whose extreme political ideology is the backbone that this society lives on. He built the train, much like Andrew Ryan built the city of Rapture, and he gets to lord over his micro-Randian society.

Even the imagery of Snowpiercer was very BioShock

Even the imagery of Snowpiercer was very BioShock. The dirty, grimy, overpopulated world of the tail cars look like Apollo Square from the first game, Pauper's Drop from BioShock 2, or Shantytown from BioShock Infinite. The upperclass masked mob in the rave train looked eerily like the splicers that crashed the new year's Eve 1960 party. There's even a scene in a classroom that would've fit perfectly with BioShock 2's Ryan Amusements, with goofy propaganda about the brilliance and benevolence of Wilford and the train itself.

But Snowpiercer succeeded, particularly where the latest BioShock game failed, with characters that mattered, a lack of pervasive racism dressed up as "edgy commentary" and a respect for the brutality of violence.

Snowpiercer doesn't waste much time on exposition, but it features characters that are largely likable and relatable. The movie follows Curtis, the reluctant leader of a revolutionary group fighting to control the train and demand better conditions for his fellow passengers.

"I'm stronger than your skinny soldiers."

This is yet another movie where the lead is significantly less interesting than the supporting characters. There was Namgoong Minsoo, a genius engineer who was imprisoned, and his gifted daughter, Yona. And Gilliam, a grizzled veteran of the train's early revolutions — his missing limbs and tattered clothes told more of his story than any hackneyed exposition would have.

One of the more interesting characters in Snowpiercer is Tanya, a woman who is fighting to find her young son. At one point in the movie, she insists on traveling with Curtis to the end of the train, even after being beaten by guards, claiming "I'm stronger than your skinny soldiers."

This is where BioShock Infinite fell apart. Unlike BioShock Infinite's Daisy Fitzroy, a woman of color who revolted against her deeply racist, abusive overlords — Tanya's presented in a positive way. She's a revolutionary and a hero, not a villain that was portrayed in a deeply problematic (and horribly ret-conned) light. Tanya made me rally for a seemingly-hopeless cause, where Daisy made me cringe in the moment, and later rage against her racist portrayal, which critic Leigh Alexander described as a caricature of an Angry Black Woman.

I immediately cared about the people who lived in this world, and when violence broke out — as it did often throughout Snowpiercer — it felt brutal and immediate. Major characters die, the risks are real. That tone is something I'd love to see represented in a game that uses violence as part of its world. 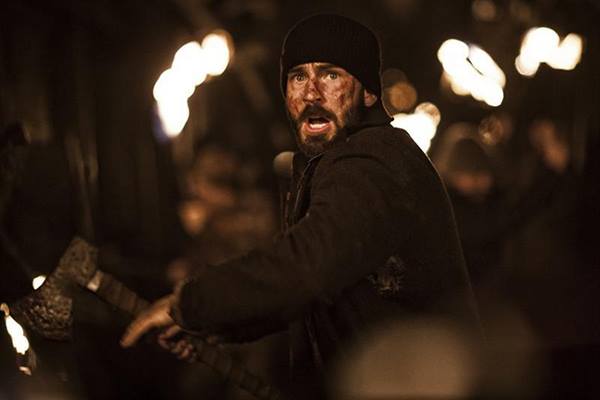 In all of the BioShock games, violence serves as the primary means of conveying conflict. I get it, they're video games, and setting them in the first person shooter genre supposedly makes financial sense. But often, the over-the-top violence felt cartoonish to me, particularly in Infinite.

"Violence doesn't serve BioShock Infinite. It distracts from it." Alexander commented on the flimsiness of Infinite's treatment of violence in her review: "When does a supposed essay on the purposelessness of conflict simply become purposeless? Racism, corpses, endless slaughter — all the things that are supposed to remind me of how horrible Columbia is only makes me think of how horrible games are."

Violence should feel dangerous and scary, because it is dangerous and scary. Snowpiercer made me feel that in every scene. Slate critic Dana Stevens noted this in her review: "Any character, no matter how narratively important or beloved, can get the ax (often literally) at any time, which gives the battle scenes a palpable sense of emotional as well as physical suspense."

Snowpiercer felt like the BioShock game I've wanted to play ever since the original appeared seven years ago. It's brutal and has something to say about the world we live in, without being weighed down by the limitations of its medium. It doesn't need to insert gunfights for "fun," or to pad out its own length. Death doesn't suddenly become more permanent in a cut scene.

It's difficult to discuss Snowpiercer's overall message without spoiling the ending, but I'll say this — Snowpiercer left me with more hope for the human race than I felt when closing down the final chapter of Infinite's Burial at Sea DLC. And much more hope for people who don't conform to the average class, race, and gender of a traditional action hero.

Toem is a video game built entirely around a photo mode

Great Scott, Back to the Future: The Musical has an official trailer

Microsoft Flight Simulator fans will get 3 new controllers, all compatible with Xbox