International e-Sports Federation (IeSF) is reversing its policy on gender division within eSports tournaments, the organization announced on its official website, adding that it will retain all-women divisions.

"The IeSF has listened to the gaming community and has carefully considered their opinions. Upon hearing these concerns, the IeSF convoked an emergency session of the IeSF Board to respond," the notice reads. "As a result, IeSF shall have two event categories: 'Open for All' events and events that are reserved for women. The events which were initially set aside as the male division will now be open to all genders, and the events which were initially set as the female division will remain as they were."

The reasoning for segregation

It was reported yesterday that only male competitive Hearthstone players could participate in an upcoming eSports tournament held by the Finnish Assembly. The tournament is a qualifier for the IeSF World Championship tournament, slated to take place in Baku, Azerbaijan from Nov. 12-17.

Markus "Olodyn" Koskivirta, head admin of the Assembly Summer 2014 Hearthstone IeSF Qualifier later confirmed the stance, stating that the segregation was in accordance with IeSF tournament regulations and was to "avoid possible conflicts (e.g. a female player eliminating a male player during RO8 [round of eight]) among other things." 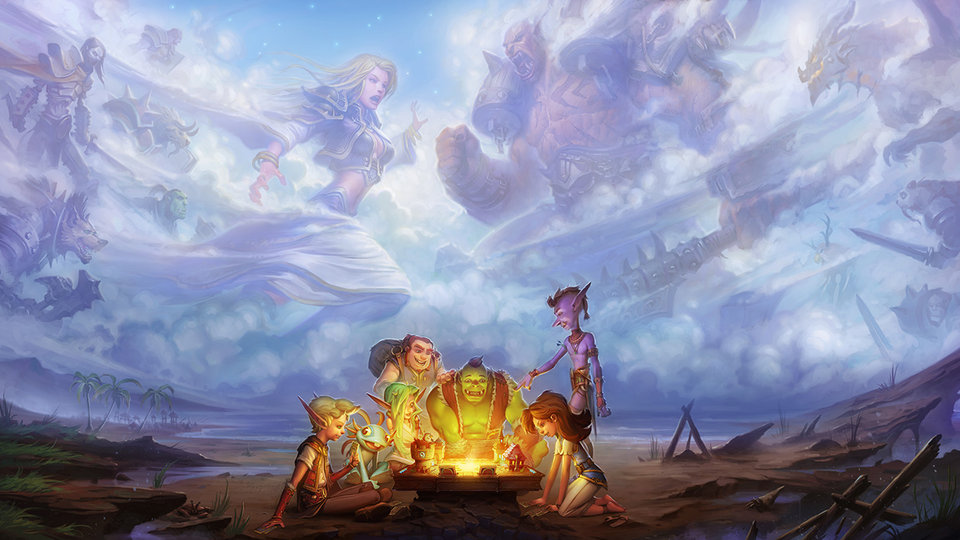 Gender segregation ruins everything beautiful about Hearthstone and eSports

According to a statement later issued by the IeSF, the decision for gender segregation was part of its drive to promote e-Sports as a legitimate sports with international sports authorities. This decision, the statement adds, serves two main goals of the IeSF. One was to comply with the international sports regulations as part of its effort to get eSports recognised as a true sports, while the other was to promote female players in the male-dominated eSports competition.

As pointed out in the latest policy reversal, the organization will retain all women tournaments based on that latter point.

"The IeSF Board addressed its reason for maintaining events for women, citing the importance of providing female gamers with ample opportunities to compete in e-Sports-currently a male-dominated industry," the notice reads. "Female gamers make up half of the world's gaming population, but only a small percentage of e-Sports competitors are women. The IeSF's female-only competitions aim to bring more diversity to competitive play by improving the representation of women at these events. Without efforts to improve representation, e-Sports can't achieve true gender equality."

"Female gamers make up half of the world's gaming population, but only a small percentage of e-Sports competitors are women."

Blizzard has been in contact with the organization about the segregation imposed upon tournaments of its card game Hearthstone and understood that it updated the rules "to make it clear that their Hearthstone tournament will be open to all players."

"One of our goals with eSports is to ensure that there's a vibrant and also inclusive community around our games," Blizzard said in a statement provided to Polygon. "We do not allow the use of our games in tournaments that do not support this, and are working with our partners to ensure they share the same goal."

In addition to the Hearthstone tournament changes, a previously female-only competition of Tekken Tag Tournament 2 has been made "Open for All." The updated plan for the upcoming eSports World Championship BAKU 2014, according to the official IeSF website, follows: