No permission needed: behind the scenes of an all-girl game development camp

Share All sharing options for: No permission needed: behind the scenes of an all-girl game development camp

The main library at Northern Illinois University is empty. The college students have mostly gone home for the summer. Card catalogs have been powered down and thousands of books wait, collecting dust. The only movement is out the window. There in the long, flat distance you can see the endless cornfields of Dekalb, Illinois waving in the breeze.

But as you clear the stacks on the third floor you can begin to hear signs of life. They get louder as you draw near. In a converted storage space, at the end of a bank of cubicles, a tiny room is exploding with voices.

Inside a group of young women are learning to make their own games.

Ranging in age from 10 to 15, they are here for the University’s third annual Girls Video Game Camp.

And today, their last day, they have a very special guest Skyping in.

"You don’t need permission to make games," Brenda Romero says from her home in California. It feels like a well practiced rant. Before she finishes it the famous designer, herself a 30-year games industry veteran and one of the designers of the Wizardy series, stops short.

And the nine young women all sit just a little bit taller.

This camp is run by Aline Click, a specialist in educational technology and the director of the NIU’s Digital Convergence Lab. This was her idea, and she says it all started with a conversation she had with one of her own children.

"My daughter always excelled in math and science,"  Click says. "She was really comfortable with it. Then she hit high school, and I remember the first thing she said to me was, ‘My math teacher won’t talk to me. He has all these conversation with the boys in the class, but he won’t talk to me.’’’

Click herself has never been able to put her finger on why girls don’t always get the math and science instruction they deserve, but a study by her colleagues at the University supports her daughter’s personal experience. In 2011 Jennifer Schmidt and Lee Shumow from the College of Education found that the teachers they observed spent nearly 40 percent more time directly addressing male students versus female students. It’s a disparity that adds up to one less day of instruction for high school aged girls every month.

But it’s not just the American school system that is working against young women’s efforts to learn the skills needed to make games. The culture of gaming itself seems to push them away again and again.

"I saw it happening in my own family and I didn't like it," Click says. "I saw my son basically taking over the game consoles and not letting my daughters play. I kept saying to my husband, ‘We need another system for our daughters because he's never letting them on.' And so we ended up getting one.

"It's kind of like the footballs. This is my football. You're not going to throw that football."

Perhaps this type of deeply ingrained discrimination is why only 11 percent of those pursuing a career in the games industry are women. But with studies showing nearly half of gamers are female, Click thinks its important for women’s voices to be heard in the digital space.

She wondered if she could create a safe space for women to create the kind of games they would want to play, the kinds of worlds and stories that let them express themselves.

Her solution was a camp taught by women, for women.

Amanda, an energetic seventh grader with wavy blond hair, is helping me make a cupcake.

Inside the menu system of OpenSimulator, a free 3D multiplayer environment loosely based on Second Life, she has me select a white cylinder and place it on the ground in front of my avatar. She quickly taps a key and little, colorful arrows spring from the cylinder’s sides. She reaches around my clumsy hands, grabbing each axis in turn, pulling them up and out to make the base of the cupcake. Then she does the same with a half sphere, placing it gingerly atop the cylinder and sizing it to match.

"Next we need a seamless vector," she says.

She looks at me, her head tilted to one side. She tries to explain the concept to me — a graphical asset with edges that mirror one another, so that when they’re tiled across a 3D object the lines match to create a solid pattern.

I still don’t get it. 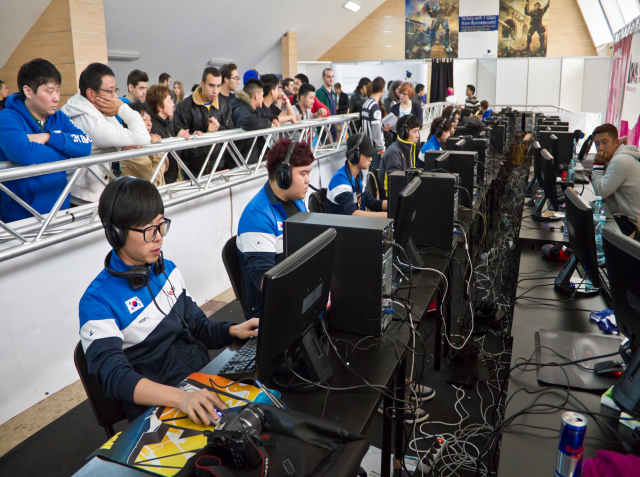 "Here, let me show you," she says, and with that she turns my computer towards her, fingers moving quickly over the keyboard. She’s in a web browser, then a graphics editor. She’s saving files and renaming them, placing them carefully in a folder, and then back into the game world. A few taps later and suddenly, magically, my cylinder turns into a cupcake.

"There," she says, turning the computer back towards me.

Four days ago, she says, she had never done anything like this before. But with the help of Click and her staff she’s made a game inside this world, and other worlds like it.

Amanda is a creator now, and she is beaming with confidence.

It’s all part of the plan, Click assures me. She starts the girls in Open Simulator creating objects and writing simple scripts. In the first few days they create a scavenger hunt to share with their classmates. The next day they move on to Scratch, a piece of software that teaches them basic programming skills. And on the last day of class they spend time in Minecraft, learning about animating environments with simple in-game electrical circuits. It’s a potpourri of game making skills, all designed to introduce the girls to the broader world of game development.

The entire class is a window for these young women, a window into worlds of their own devising. And perhaps one day into a career. 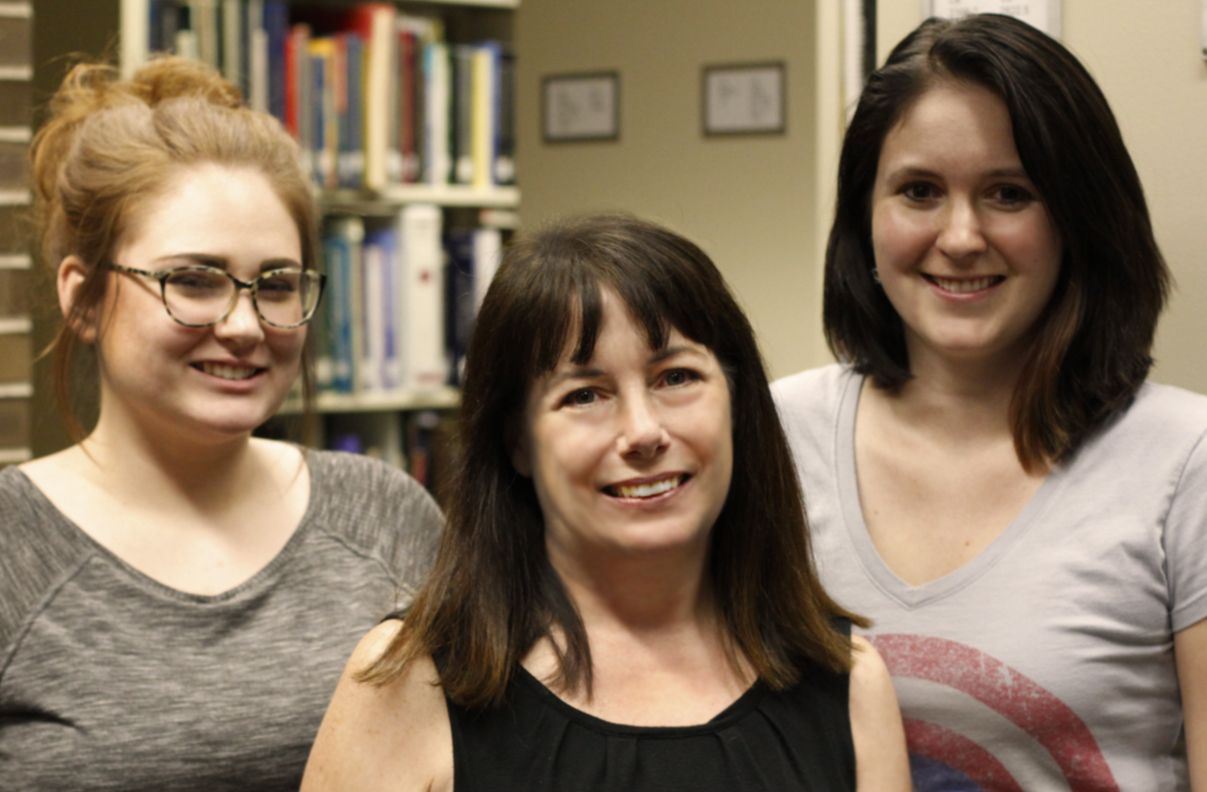 The first all-girls game development camp, held in 2012, was the subject of Click’s doctoral thesis. Her two week-long experiment proved that creating a community of women increased the confidence of her young subjects in ways that simply weren’t possible in a co-ed environment. It gave them a safe space to do things they had never done before. It’s an empowering experience for these young women, she says, that has repeated itself here in the farm country of northern Illinois every summer since.

"You watch the way they're flitting around the room," Click says. "They're talking and they're having fun. The girls in the co-ed camp you never hear a peep out of them. The boys are rambunctious and they're running around and doing stuff, but the girls just sit there very timidly in the corner.

"When I sit back and I watch them here I'm always so amazed at the differences."

But it’s not just Click giving back to these girls. Through their modest camp fees the girls are actually helping fund the work being done by the Digital Convergence Lab. Click says her work has always relied on NIU student fees and grants, as well as on services her lab provides to clients both inside and outside of the school. But at a time when other state schools are seeing rising student enrollment, NIU’s class sizes are trending down. The school is not as popular as it once was, a fact that some attribute to the publicity surrounding a mass shooting here in February 2008.

"They're talking and having fun. Girls in the co-ed camp you never hear them."

Regardless of the reason, money is tight. That’s why Click is considering expanding the camp. Perhaps next year it will be a sleep-away residential camp, or maybe she’ll move it to a satellite campus in the more affluent western suburbs of Chicago.

"Dekalb’s just not that big," she laughs.

The good news is that more young women will soon have the opportunity to experience game development before they enter high school, a pivotal time in their lives for so many reasons.

"By the time they get into high school their counselors are kind of putting them on a path," Click says. "It's not so easy to change. We know from research that middle school is the important time to start trying to get them thinking about their career paths and what they like to do so they can take the right steps."

In the final hours of the final day of class, after the Minecraft activities have wound down, the girls are just finishing up their question and answer session with their guest speaker, game designer Brenda Romero. Most of the girls here don’t really understand who she is, and years from now they’ll probably have forgotten her name entirely. But today Romero is inspiring them, showing them the way forward in a male dominated industry. And in turn, they are inspiring her.

Romero looks around the room, leaning close to her computer screen in California. She’s trying to count how many girls are there in the room.

"When I first got into the games industry 30 years ago," Romero says. "There were five women. And I knew all of them. There’s more of you there in that room than there were women in the entire games industry when I got in.

"Don't wait until you get into college to start making games," she implores them. "Because if you wait until you're into college somebody else is already way ahead of you. I started making games when I was 10. And now one of the best things that I get to do as a game designer is answer the question, ‘What do I want to make a game about?’

"Because whatever you're thinking … you actually have the ability to do that, and to see that game get made, which is just the greatest thing in the world."