I invited MykonosFan to comment on the recently released official character art for the upcoming Sonic Boom, and to give us a rare glimpse into the minds of those who produce some of the internet's most outrageous art. He was up to the challenge. 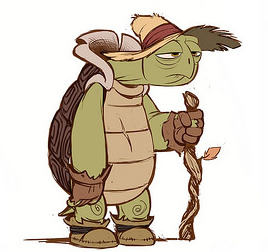 "Going through them, there's Old Tucker, the turtle farmer. It's weird that they picked a totally dead expression to complement his description of 'Despite some setbacks, he is still able to spread his funny, southern charm with the villagers.' Huh. I do like the art though." 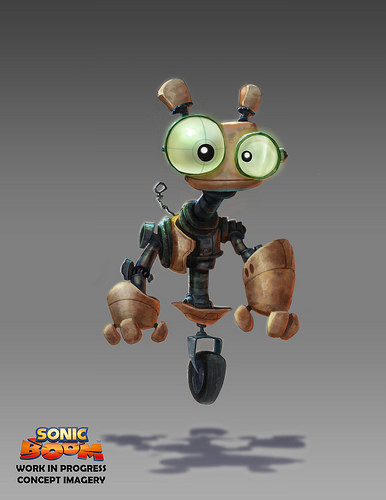 "Then we hit upon Q-N-C, the robot dude. We've seen him in some of the E3 footage. Have you seen Disney's Treasure Planet? I love that movie. I really think it's under-appreciated. Great spirit of adventure, I love the art direction, everything about the first 80% of the movie never fails to draw me in. Then you hit the last chunk of the film and that robot comes out of nowhere and completely ruins the mood and basically just yammers a bunch of exposition. Q-N-C looks, and sounds like the Treasure Planet robot. It's biased but I can't help but immediately dislike him. I also don't understand the point of his wheel. In the E3 footage he's pretty clearly buzzing around in the air. Maybe it's joked about in the game/cartoon." 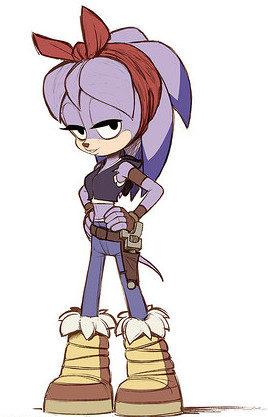 "Someone's definitely going to slap Tucker (the turtle) and Perci together for that 'Old man/young woman' dynamic and ugh! Why do you make me think of this?" 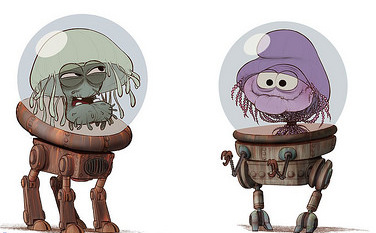 "I really, really worry what some of the more… 'perverted' fans are going to do with Hokey and Pokey. 'Those characters don't even have sex organs, or any appendages of their own!' one might proclaim. That is correct. But just you wait, someone will grab their digital imaging program and conjure up some just for Hokey and Pokey. I've already mentioned Perci. It's going to be like a moth to a flame with her and that facial expression. I'm really just crossing my fingers for some drawing of Foreman Fred with horrible proportions but deep down, I know better." 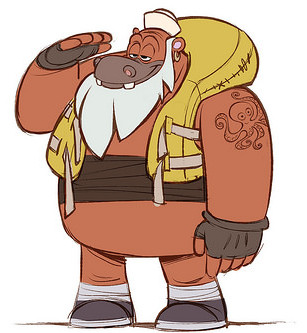 "Salty and Pepper… I feel like they'd be at home burping and yammering in an N64 Rareware title.

The worst of all things

After taking a look at the lineup, I asked MykonosFan what the worst possible piece of fan art with these characters would (and probably will) look like.

"This is a horrible thing to make someone think about!" He began. "I bet you laughed as you put this question forth. It's hard to imagine, really. I mean, some fan art is just bad. But you can kinda put it down to a few different 'styles' so to say. There's the really bad hand-drawn stuff that looks like a kid did it, with some questionable text on it such as 'Dr. Eggman vs. Godzilla', and then you've got the really bad MS Paint-esque stuff with, say, a very rotund Amy, with a view inside of her stomach with (insert Sonic character here) trapped inside. Unfortunately, even that is to be expected and yes I've seen plenty of it."

MykonosFan's curation can be found on the Bad Sonic Fan Art Tumblr, peruse at your own risk.