Now you can put your Granny in a video game

Share All sharing options for: Now you can put your Granny in a video game

A new Kickstarter is offering backers the opportunity to place cartoon versions of elderly relatives inside the game.

Coffin Dodgers from U.K.-based Milky Tea is a goofy racing game in which old folks speed recklessly through the streets of a Florida retirement village, on Rascal scooters. The game is filled with characters who, according to its makers, are based on real old folks, and well-known archetypes, such as 'Martha Goldberg' who isn't afraid to share political opinions and the minutiae of her life on social media and 'Hank Hudson', a denim-clad wrinkled hell-raiser.

"We wanted to come up with some rewards that are different," said managing director Jon Holmes. "People love buying things that are unique and personal. I can imagine someone with a quirky grandparent really wanting to get their personality across in the game." 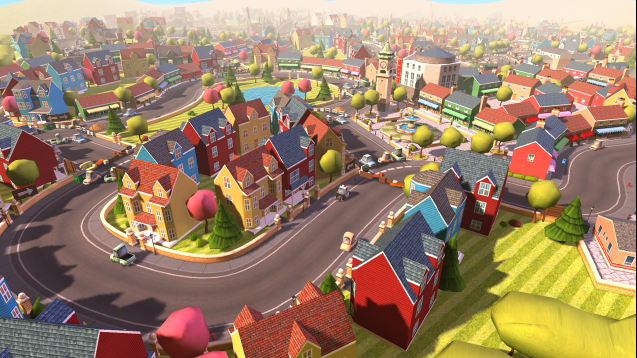 As well as speeding geriatrics, the game features old people wandering around, getting in the way of the racers. Holmes said they gave him the idea of including real people in the game. "We call them blockers. They step off pavements and cross the road with their zimmer frames and this is a great way to put some grandparents in the game."

Coffin Dodgers came to Holmes while vacationing in Vietnam. "I ended up being stuck on a barge going down the Mekong River with a load of retirees," he said. "I thought, I am going to hate this. But they were a great bunch of people. A lot of Americans. I had an absolute ball with them. It made me look at old people in a new way."

He said Pixar's Up shows how old folks can be used to tell great stories."Old people often do what they like," he said. "They can get away with murder, like Bad Grandpa." Some people have argued to Holmes that gamers, often young people, are not interested in playing as old folks, but he said this is nonsense.

"Most people can relate to having a grandparent. One of the things that is missing from games is the iconic characters that are related to everyday life. Everything in games today comes from alternative worlds but there is so much life and fun in our own world that we can use."

Milky Tea is best known for its work creating games and animations for brands. The company was nominated for a BAFTA for its 2010 Flash game The Well, produced for the BBC. Although many of its staff come from a games background, including team-members from racing greats like WipeOut and Project Gotham Racing,  it's probably best known for advertising its work for British Bank Lloyds TSB. The company created a long-running campaign featuring long-nosed cartoon characters.

Its previous game is Roller Rally: Snake Pass for mobiles. But Coffin Dodgers is being made with Steam in mind. It appeared on Greenlight earlier this week, and the company has been testing the game with Steam players. "They convinced us that we've got something," said Holmes. "People on Steam are looking at a games that are fun and colorful. We always try to build games with characters at the forefront which is something missing from a lot of games today."