The reason for Rime: a near fatal accident

Share All sharing options for: The reason for Rime: a near fatal accident

The notion for Rime came to Raúl Rubio Munárriz while he was drowning.

It was his own fault, really. On vacation with his girlfriend, they had dared each other to swim out into the Mediterranean, a mile and a half or so, to a buoy. He knew she was a strong swimmer but he wanted to impress her.

They made it to the buoy. He was exhausted. He feigned only a little tiredness. He told his girlfriend to swim back to the beach, while he caught his breath.

"The buoy was slippery and I could not hold on," he recalls. "I thought, I will try to get back to the beach slowly and calmly. That lasted for 30 seconds. I had a panic attack. I tried to swim and I remember that my body said, it is over, and I started to drown." 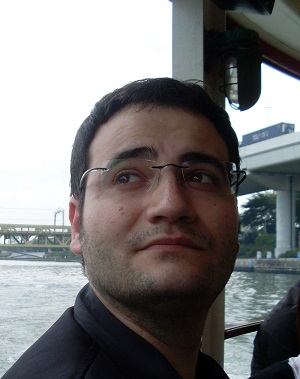 It was in those moments that he discovered something surprising, something about the pain of loss, how it is not nearly what you might expect. Later, after he had been saved by his girlfriend's brother, he wanted to explore this discovery some more, in a game.

"It tells you a lot about how you face loss, and in this case, the loss of your life. It was really strange. I accepted death quite easily, but I was not really thinking about death. I started to think about what I was leaving behind, like family."

It stays with him now, how surreal that experience was. In Rime, a game about loss, surrealism is also a part of the tale.

"Probably the silliest memory I have is that I left my car in the garage in a really tight spot and I knew it would be difficult to take the car out. Nobody would know where the keys were. I was thinking, haha, they will have a really hard time taking the car out of the garage. Good luck with that!

"I don't want to trivialize [death] but it is really personal. Loss and acceptance of loss, everyone is different. At the same time everyone is the same."

Rime was first shown at Gamescom last year. It was an immediate sensation. This came as a surprise to Rubio, the game's creative director, and the rest of the team at Madrid-based Tequila Works, best known for horror action game Deadlight.

"We started receiving comparisons with Ico or Wind Waker or Shadow of the Colossus. I must confess that we started to feel the pressure because that was never the intention."

The interest came from a trailer (above) that showed a boy, wandering around a beautiful island, exploring, interacting with mystical artifacts. The comparisons with those games was, he now sees, inevitable. Still, it caused a period of reflection and recalculation.

"We were blown away by the reception to a small indie game," he says. "We looked at the game again because the moment you are compared with such giants you need to deliver or they will destroy you." Sony has taken control of announcements for the PlayStation 4 exclusive, but Rubio said a release date is likely to be made public soon. 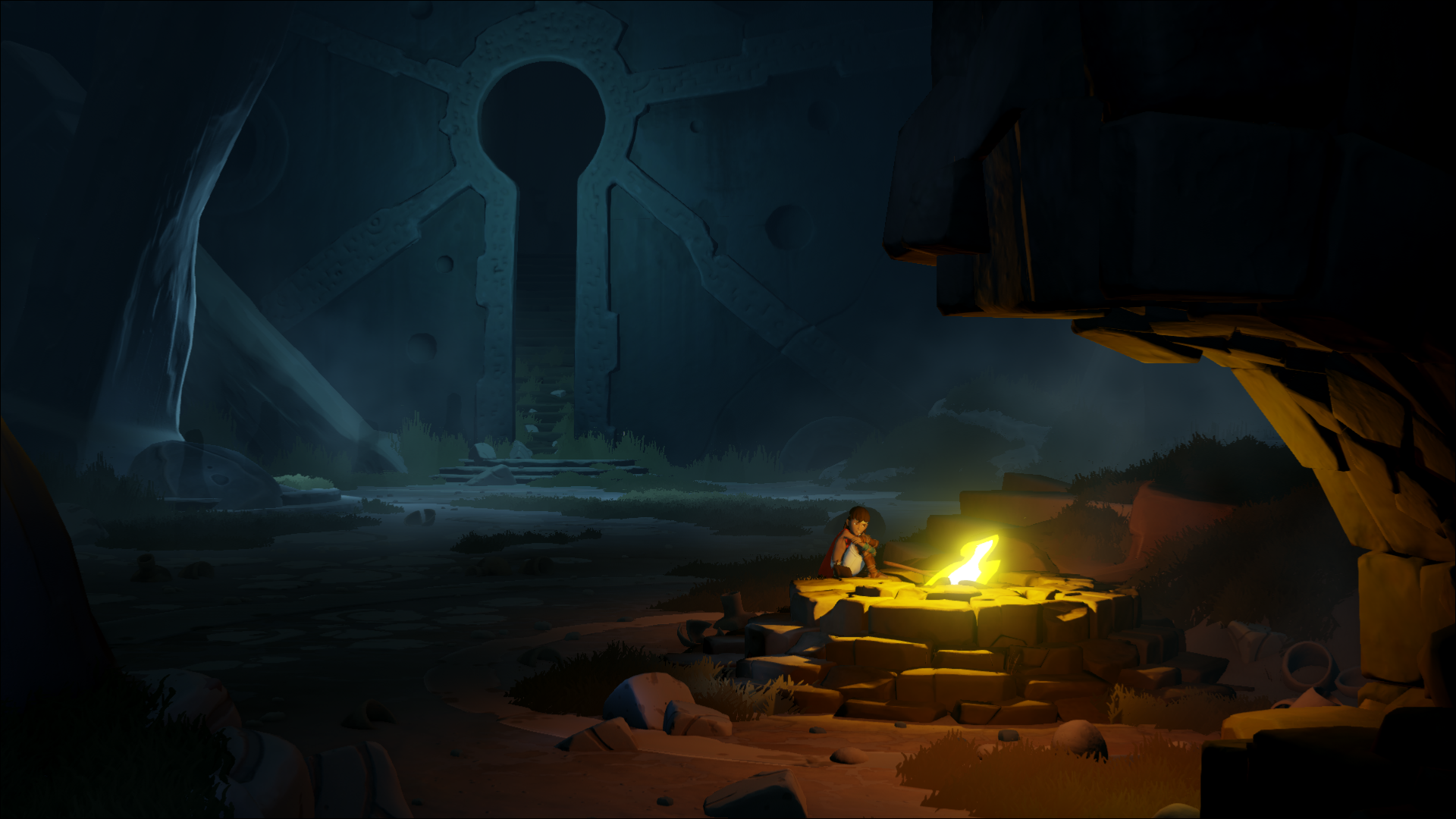 Little is known about Rime, except that it features a boy stranded on a mystical island. He must explore, interact with the things he finds, solve puzzles, often using light as a catalyst.

"The pillars of the game are exploration, interaction and discovery," he says. "There is a lot of exploration and finding things but that is not the only thing that you do.

"I can tell you that there is no combat. That was something that was intentional from the beginning. Your avatar is a little child. It makes so no sense for you to find a legendary sword or whatever and then start killing monsters. There are very good games that do that but Rime is not one of those. We wanted to make Rime more personal. Something that is general enough that anyone can enjoy it as a tale, a fable or a rhyme but is also deep enough that it can be personal and can touch you deep inside you."

One of the conclusions the team came to, after that successful Gamescom, is that Rime has to stand on its own. "We focus on what makes this game unique. And not on what makes it like Ico," he says.

Apart from the main character, there are no other humans in the game. There is no dialog. "We don't look at the story in terms of NPCs giving out quests," explains Rubio. "The island itself is a character. The ambition was always that the island would tell the story. It is reacting to your presence. The seagulls and boars react to your presence because you shouldn't be there. You are a trespasser.

"The island is a paradise, but that does not mean that what you see at the start is the same as what you see at the end. This is not a game about black and white. It is not about good and evil. We are trying to play with what the player takes for granted. This is a puzzle adventure game but that doesn't mean that you are going to enter houses and start gathering stuff. I see this environment, it is beautiful, but something is wrong. Who built this?" 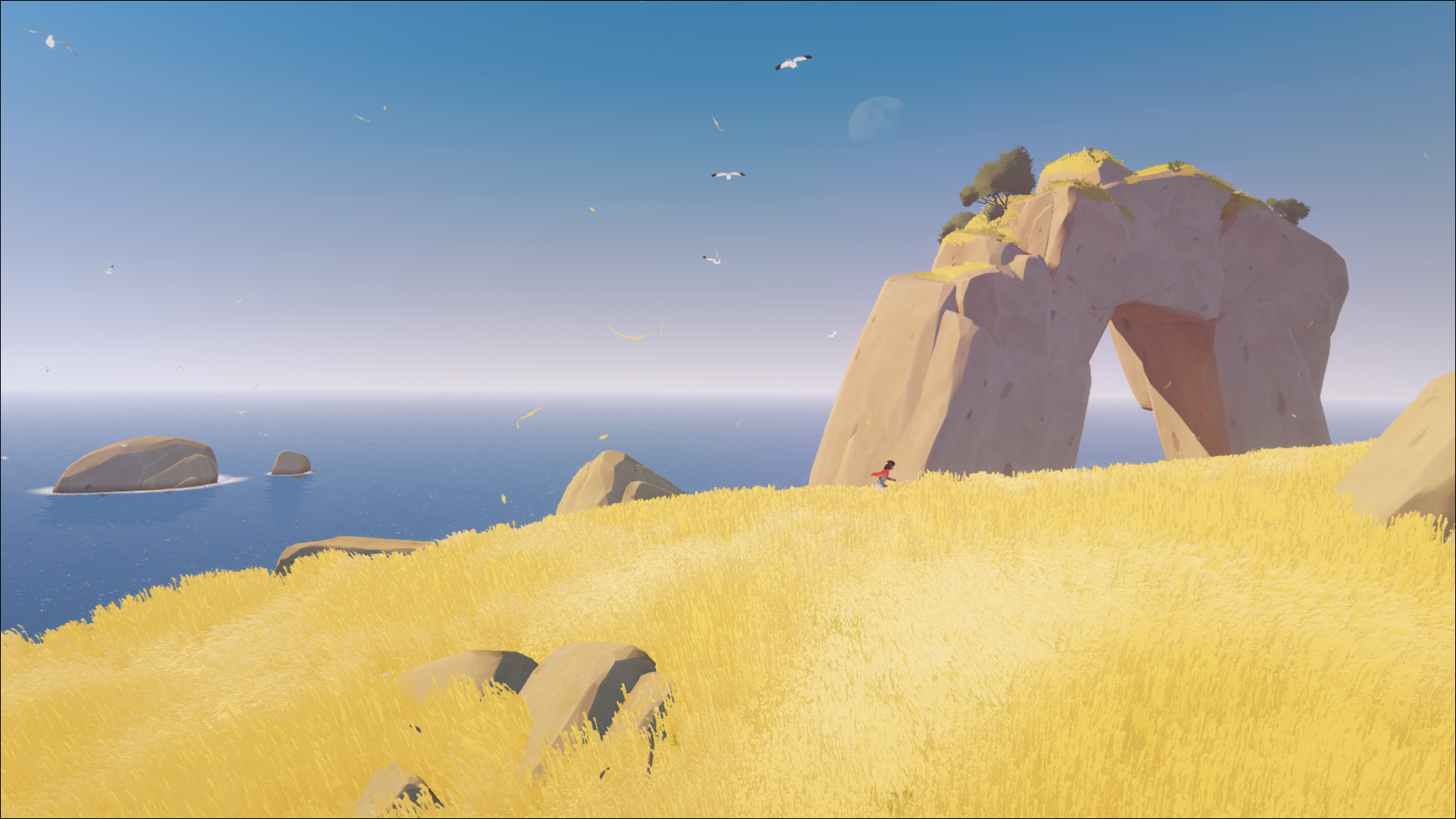 Rime's art director is Jose Luis Vaello, who also created the look for Castlevania: Lords of Shadow. He based the environment on the Mediterranean places he knew as a child.

"Most of us spent childhood vacations on the Mediterranean so yes, it is based on many childhood memories," says Rubio. "We are in love with the light of the Mediterranean. It is something that we grew up with and so it can be very ordinary but at the same time it can be exotic it you look at if from other viewpoints."

But there are other influences, such as Salvador Dali, the Spanish painter Joaquín Sorolla and the Italian artist Giorgio de Chirico.

"Jose had a very clear idea about having a moving painting," said Rubio. "How the water is almost ink and how the color palettes are well balanced. Everything is there for a reason. But it is not about making something that looks cool. It is about how that enhances the experience. Light and sound are key to that. 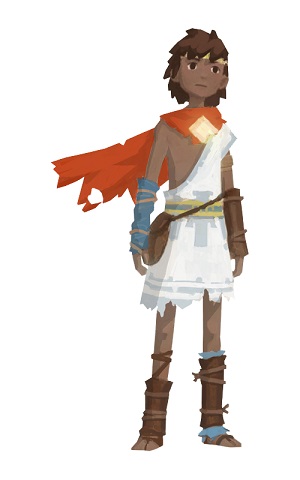 "We want the player to see something that you have never seen before. You are looking at this world through the eyes of a child. It is new and exciting. You want to know more. That is the spirit of Rime. Every time you explore this island or islands you are going to experience it differently and that is the beauty of letting the player get lost in this moment and not having an annoying fairy tell you where to go all the time."

Rubio comes back to the issue of loss and of discovery. Like many game designers today, he feels ready to leave behind the world of video games as we have known them. To move on to new horizons.

"For us as creators we have reached the end of an era of shooting and explosions which was all great, but now we are starting to question ourselves in the world. We try to create questions and answers that go beyond basic instincts like rage or fun or fear. We hope that people will find that, at least the people who dig."

On that day, when he almost drowned, he felt like he had undersood something new about how it is to lose something. He wants to find a way to infuse Rime with this discovery.

"In the game, you have lost your home. You are stranded and alone. The logic of the island is not your own logic so that makes you feel more stranded. When you lose something there are several states that you have to go through before you accept that loss and that is the basis of the game and the tale."

There are other consequences from that day when he almost drowned. His girlfriend then, is now his wife. They have a newborn and so, for a while, he has lost all hope of a good night's sleep.

Also, he has lost any desire to return to that beach and the buoy. "I hate that place," he laughs.