Above all else, Wildstar's greatest obsession is keeping players busy.

It has a unique tone compared to its competition, but Wildstar is also very much an amalgam. It's a collection of gameplay and content that may as well have been pulled from a bucket labeled "what fans of the genre expect" — that genre being massively multiplayer online role-playing games in the post-World of Warcraft era. And that's not necessarily a bad thing. The familiarity can be inviting, especially when it allows for more challenging gameplay faster than other massively multiplayer games.

Wildstar sets itself apart with the sheer amount of content available. Each of the game's massive zones is flooded with quests and challenges, constantly pushing players in new directions. It never let me slow down long enough to consider how much of what I was doing had been done before. But it wasn't until I stepped away that I realized how Wildstar makes even the most rote content polished and fun.

Though many of its obvious inspirations are fantasy role-playing games, Wildstar is full-on science fiction. Two warring factions — the Dominion and the Exiles — have discovered a planet called Nexus. With the planet abandoned by the hyper-advanced alien race that once lived there, the new inhabitants are left to explore, uncover the truth behind what happened and (naturally) fight over any territory and resources they find.

Aside from the setup, Wildstar is disappointingly plot-light. It presents some intriguing mysteries about the origins and history of this strange planet, but it expects you to care simply because it's a mystery. No likable characters or interesting plot developments popped up to keep me hooked beyond that initial curiosity.

If Wildstar's plot is forgettable, its character creation provides the first major departure from other MMOs. In addition to choosing a side in the conflict, a race and a class, I picked a "path." Paths are the result of Carbine Studios' theory that different players come to massively multiplayer games for totally different reasons. Paths provide additional goals focused specifically around your type of play. 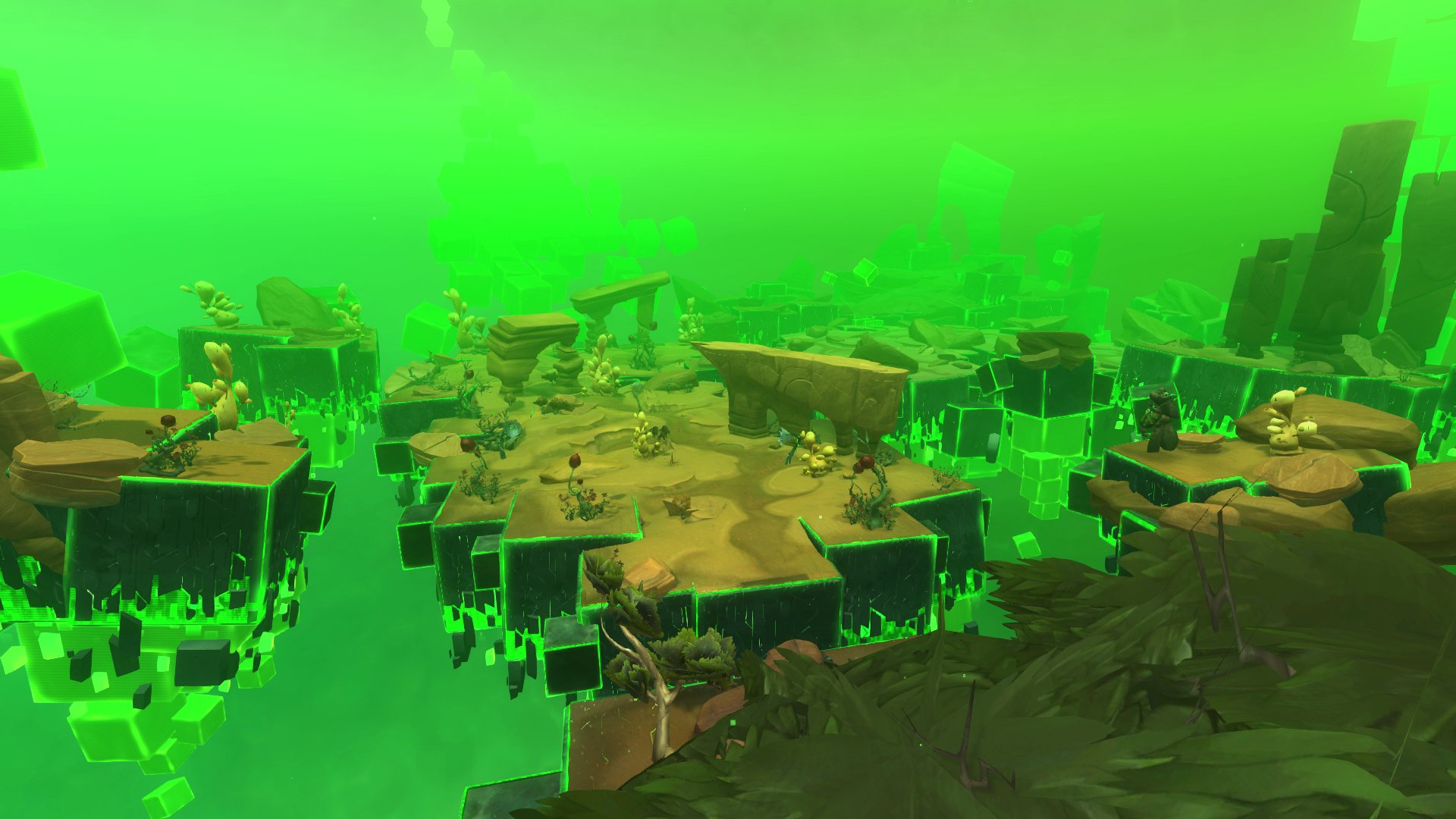 Player housing is usually a side attraction at best in MMOs, often not even available at launch and rarely enough to pull me back in when it inevitably shows up in a patch. In Wildstar, though, player housing is a serious main event and well worth seeking out.

At level 15, all players unlock the option to visit their own acre of land. Various home types and bits of decoration can be purchased or won as loot and then placed as you see fit. But the real joy comes from FABkits, which terraform huge chunks of your land. You can lay down resources to help you gather crafting materials, a farm to grow food or even mini-platforming challenges that come with their own rewards for completion.

Wildstar turned me around from hardly caring about player housing at all to eagerly awaiting the next time I could teleport back to my virtual home and try out some new furniture. 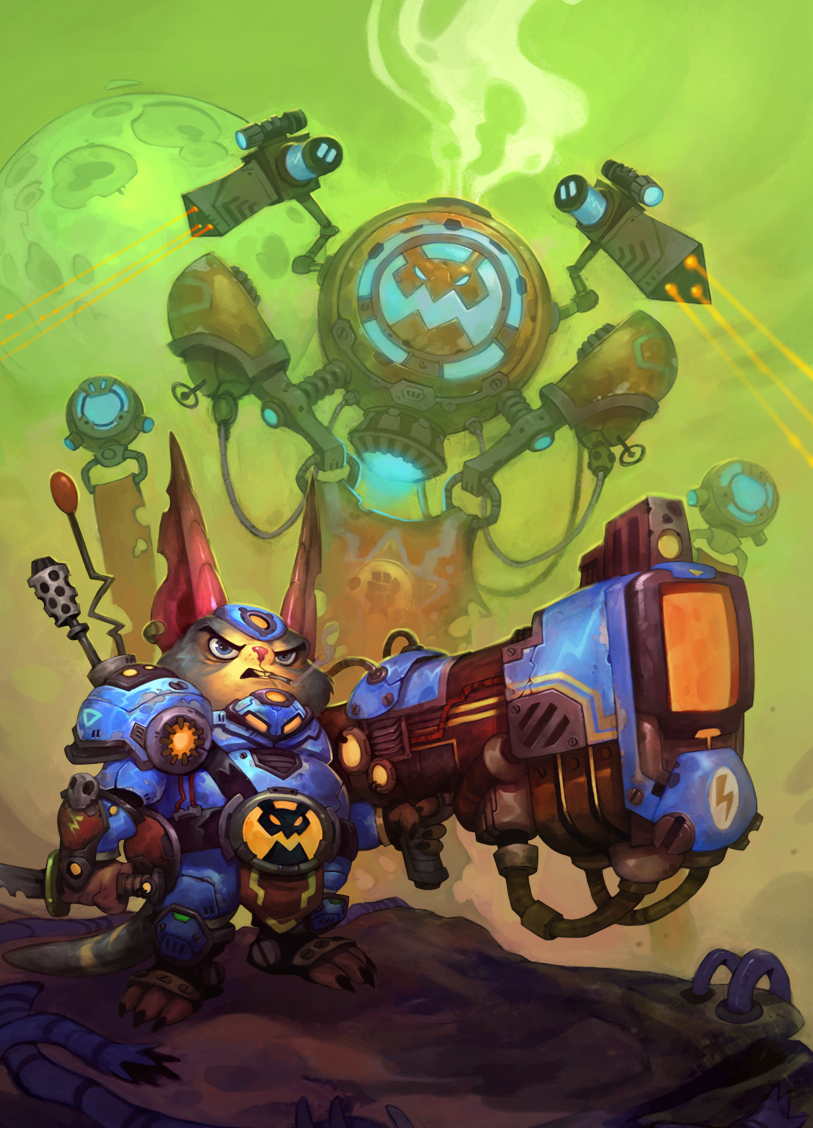 In a typical MMO, players are propelled through the world by a series of quests that move from zone to zone. Wildstar isn't breaking any new ground here. I completed hundreds of quests, most of which were RPG standbys: kill this many enemies, collect this many items, go here and press "f" to interact with something in the environment.

Rather than supplanting that traditional structure, Wildstar's paths supplement it, providing even more things to do in the already massive world. I chose the Explorer path, which centers on sending players to every corner of each zone to find hidden caverns, beautiful vistas and new land to claim in your faction's name — generally things I was more excited to chase than the regular quests.

I was stunned by the overabundance of things to do beyond the regular grind of quests. While I would've appreciated an option to swap over to different paths so I didn't feel like I was missing out on any content, there was more than enough along the Explorer line to keep me busy for dozens of hours. 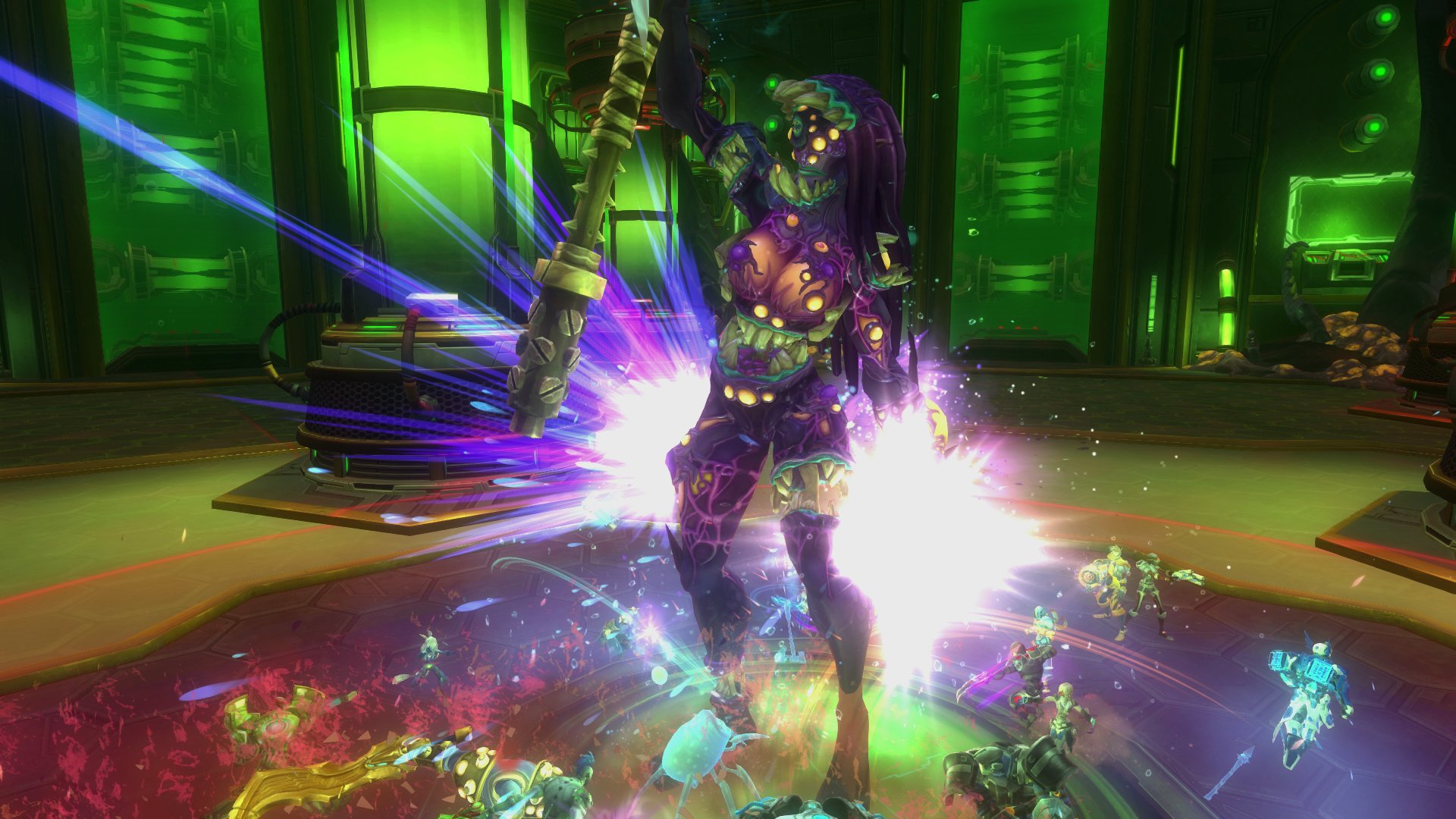 Regardless of race or where you set your sliders, female character models all tend toward absurdly thin waists and absurdly large chests. More disturbingly, they're actually animated in a creepy, sexualized way — swaying hips, heaving bosoms, etc. — which male characters are not stuck with. I wasn't excited to play as one of the multitude of muscular, broad-chested guys either, but at least I didn't feel like they were designed specifically to drool over.

For more info on the ridiculous women character models in Wildstar, check out this post from Robot Hyena.

One of Wildstar's other biggest (and smartest) distractions is the challenge system. Let's say I had a quest to kill 10 space goats. As I struck the finishing blow on my first eternal foe, an overenthusiastic, omnipresent narrator would shout "CHALLENGE STARTED!" Now, in addition to my regular, story-driven quest to kill these grass-chewing menaces, I'd have an extra challenge with multiple levels of ranking and reward depending on how many goats I could kill within a time limit.

This system reacts brilliantly with the existing, more traditional quest system on multiple levels. Yes, I was stuck doing the same generic kill quests that exist in every MMO. But Wildstar provided motivation to do so faster, for additional rewards. As someone with experience in the genre and the desire to push through quickly, I felt like the game was recognizing my skill even in the earliest, easiest content.

That focus on skill is important to Wildstar's difficult combat. As in most MMOs, the combat system revolves around tapping buttons to activate skills. The big difference is that most skills are used immediately, and even when a skill has a build-up time before it's used, characters can keep moving while it builds.

By giving you the option to move at all times, and even to dodge to a limited degree, the game expects you to use it. Even when you're fighting solo, most enemies will wind up for big attacks that will quickly drain your health if you don't get out of the way. This makes Wildstar one of the fastest-paced MMOs I've ever played. Whether I was playing solo, grouping up in dungeons or taking on world bosses with a bunch of strangers, I had to pay attention and be on my toes at all time, modifying my strategy beyond the simple skill rotations that I learned in other MMOs. I had to learn to play smart long before the late-game uber-difficult raiding that has always defined the MMO experience for many players.

Wildstar is familiar territory, but it's smartly made and fun nonetheless

I'm still inching my way toward Wildstar's current level 50 cap after dozens of hours of play, and I've only experienced a mere fraction of what's available in the game. This is almost always true for MMOs, but Wildstar manages that sense of an unending sea of content without much of it feeling like unnecessary padding. I've done a lot of this before, but here I can do it faster, more polished and with more expected of me. That's enough to keep me happy for now.