How Firefall fell off your radar, and why it's ready to come back July 29

Share All sharing options for: How Firefall fell off your radar, and why it's ready to come back July 29

Firefall developer Red 5 Studios has been quiet as of late.

The path of its massively multiplayer online shooter — which was originally announced in 2010 — has been a long one. Firefall's intended release date for 2011 came and went, and its beta launch in 2013 got off the ground with a rocky start. While the game itself underwent changes, the company relieved one CEO for another and kept on track by selling minority company stakes.

Although 2014 has been a discreet year for the game, CEO James Macauley says it's all part of the plan. Finally, Firefall is ready to launch July 29.

"In the past we've done a really good job at telling, but for this year it was time to show," Macauley told Polygon. "We didn't want to announce anything about launch or anything about what we were changing until we could bring up the game and say here it is. That's where we're at."

But first, a little backtracking. By 2014, Red 5 was ready to finish the open-world MMO, which has long been a "dream game" for the studio. That included pulling out of the spotlight.

"We made a very conscious decision: we need to focus, go heads down, go radio silent for a little bit and make sure we can deliver a kick-ass experience to our players at launch, and that's what we've been doing," Macauley said. 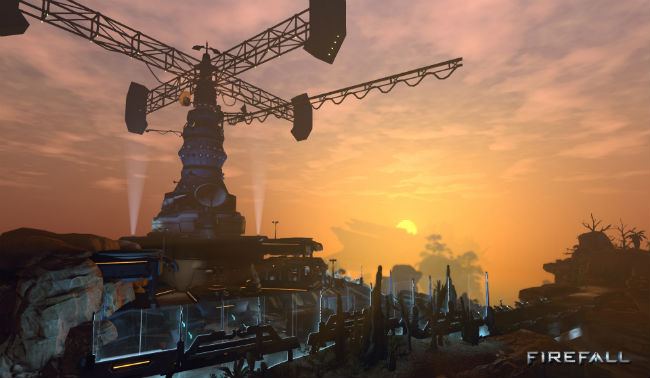 One of the game's biggest new additions includes a massive PvP continent not yet seen in the beta. Players will be able enter at any time and opt-in to PvP to avoid getting jumped by more experienced players. But the area is really for max-level characters looking for a fight, the developer said. He describes it as a competitive experience in which players capture bases, control territory and collect resources.

"You'll have squads out in the woods thumping for resources in this dangerous PvP land where you're also fighting creatures," Macauley said. "Those enemies can actually come and destroy your thumper; destroy the harvested resources that you've been trying to collect."

When crafting the game's PvP, Red 5 aims to keep players engaged with simple objectives that will refocus each battle. It's not just about the skirmish, the developer said, but figuring out the necessary tactics.

During a brief demonstration against a fire-spewing boss, Macauley explained that players will have to be careful of their surroundings and pick their point of attack. As the fight progresses, the boss will hurl attacks at different points in the stage or even take down parts of the level — and players along with it. 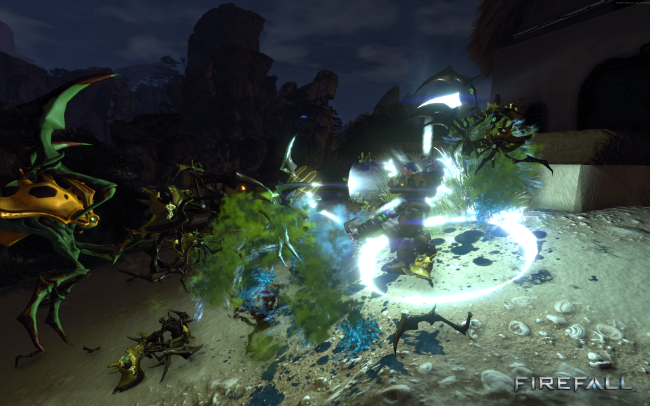 Firefall will be available in full as a free-to-play game on Windows PC. Although the team has known internally for several months about the game's launch, Red 5 hopes to surprise players with the quick but reasonable turnaround on the launch announcement.

"We've been working on this far too long to rush the final moment," Macauley said.