Report: Microsoft is giving away $75 to gamers who upgrade to Xbox One

Share All sharing options for: Report: Microsoft is giving away $75 to gamers who upgrade to Xbox One

Microsoft is offering $75 to those who upgrade from Xbox 360 to Xbox One as part of a new promotion spotted by NeoGAF users.

A screenshot of the promotion was taken by one forum user when it appeared after turning on their Xbox 360. Other users are noticing this promotion is not being offered to all 360 owners.

We've reached out to Microsoft for further information and will update as it comes. 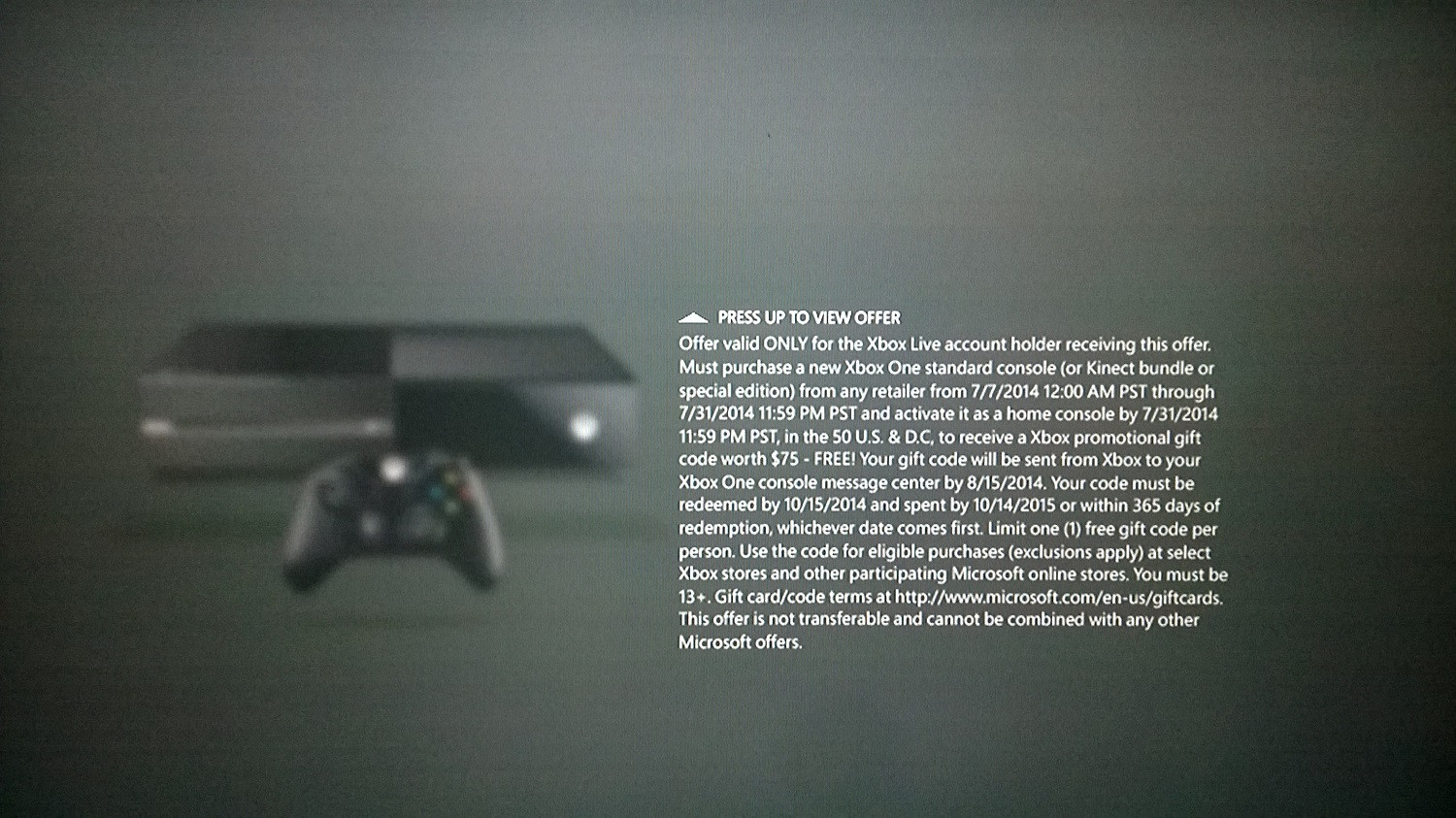