Here's how Dungeons & Dragons is changing for its new edition

Share All sharing options for: Here's how Dungeons & Dragons is changing for its new edition

Dungeons & Dragons has been no stranger to reinvention.

The 5th edition of the game will officially begin its slow, months-long rollout later this month, with the release of the Starter Set; a kit which will include the barebones essentials of what you need to know to play a basic campaign. In the months following, the franchise's holy triumvirate of manuals — the Player's Handbook, Dungeon Master's Guide and Monster Manual — will be released as well.

The game has shifted in the past four decades, bouncing between different rules sets, philosophies and methods of play. Role-playing, character customization and real-life improvisational storytelling has always been at the game's core, but how those ideas are interpreted by the game system has changed drastically edition-to-edition.

The most recent version of the D&D rules is 4th Edition, which changed the franchise — for better or worse, depending on who you're talking to — to something more akin to a board game. More than ever before, procedural rules (particularly in combat) were codified; players relied largely on the powers allotted to their class to execute the most damage and strategic advantage as possible during their turn. Before a battle even started, you knew what your party was capable of; improvising or role-playing in combat was possible, but rarely as effective or rewarded as using your best preselected Power.

The changes made the game far more inviting to an audience of video game enthusiasts; like a video game, its mechanics, player abilities and progression systems were almost entirely determined by the game itself. While the multitude of options afforded to players by the game wasn't lacking in quantity or variety, longtime D&D players found the system too restrictive, and far less imaginative than past editions.

Moreover, playing without miniatures and game boards (using "Theater of the Mind") was nearly impossible, considering the number of abilities reliant on specific player positioning. For example, many Wizard spells affected an area represented by a grid of say, nine squares — that's a difficult concept for a Dungeon Master to reflect in a battle that he or she is describing, rather than physically representing, for their players. 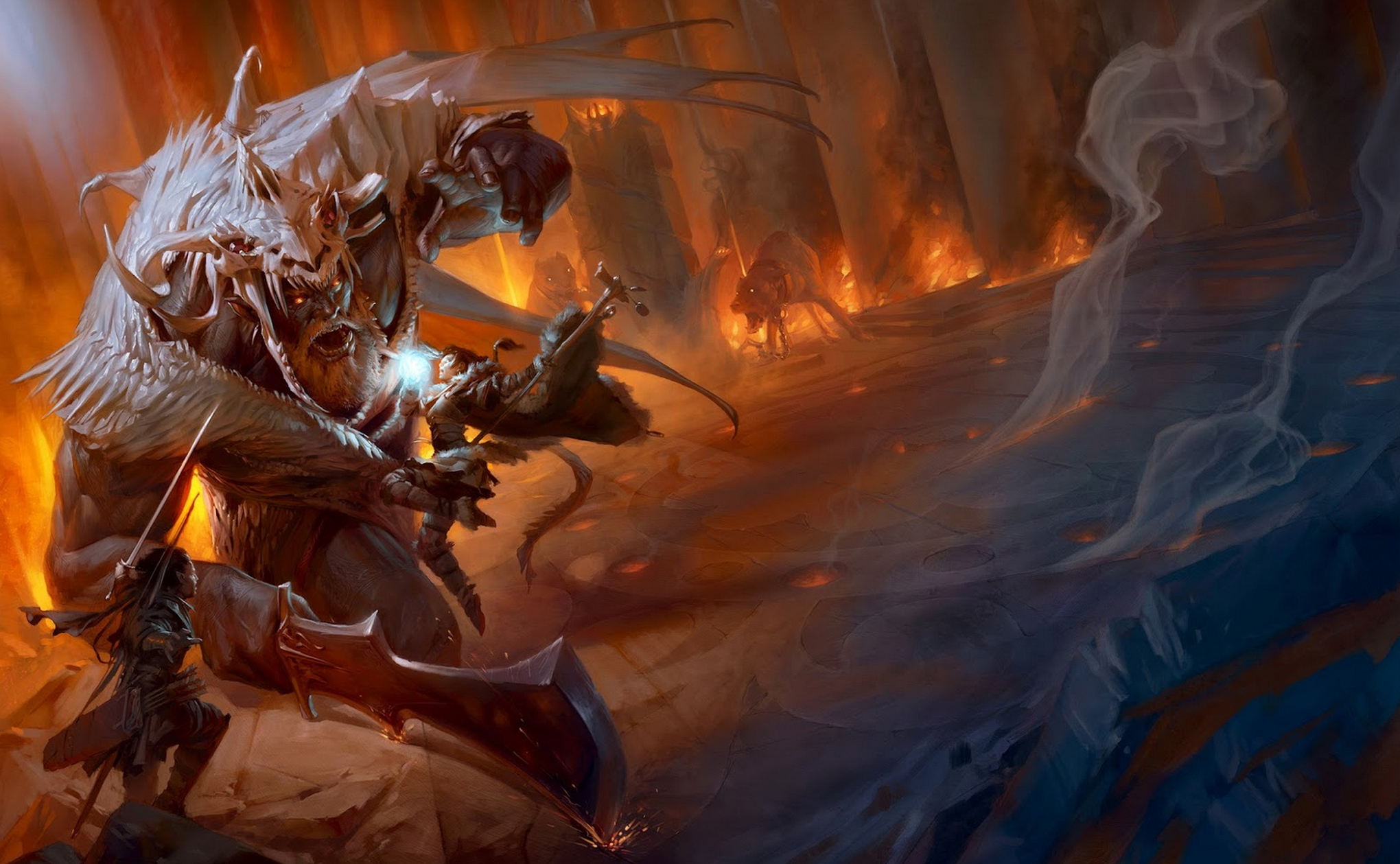 Conceptually, the 5th Edition of D&D is moving away from that board game-centric aesthetic towards a system that allows players to carry out their game in any way they'd like. Players who enjoyed the strategic specificity of the miniatures and boards can use those with the game's rules, but groups who'd rather stick to the spoken word are able to have it their way, too.

Where 4th Edition equipped each class, from Fighters to Wizards, with their own slate of "Powers" — many of which had positional requirements or specific targeting rules — the new edition pares down the list of abilities afforded to most classes. Replacing those hard-wired abilities are systems that allow players to get creative in combat, letting them improvise weapons in the environment, hamper foes or lend aid to their teammates without requiring them to bust out a specific power they've unlocked during their journey.

To put it simply, in 4th Edition a Fighter might use a pre-set Power to sweep the legs out from under an enemy. In the next edition, a player controlling that Fighter might tell the DM that they're going to attempt to grab an enemy's ankles, and try to pull them to the ground. In 4th Edition, the description of that Power determines what would happen in a successful attempt — in the new edition, that determination is up to the DM.

How is the new edition built for creativity?

One of the most fascinating new mechanics that will help emphasize that kind of creativity is Advantage and Disadvantage. Their implementation is simple: whenever a player with Advantage attempts an action in combat or during exploration, instead of rolling a twenty-sided die (or d20) to determine their success, they roll two d20s, using the higher roll as their result. For any check where you have Disadvantage, you roll two d20s, and are forced to use the lower result.

With Advantage and Disadvantage, DMs now have two simple, mechanical ways to interpret the creative actions that players might try to take. A clever Ranger tries scaling a tree to get the higher ground on a wave of goblins? Give them Advantage for as long as they're up there. A foolhardy Rogue gets stuck in a spiderweb while fighting a zombie? Give them Disadvantage until they manage to get free. 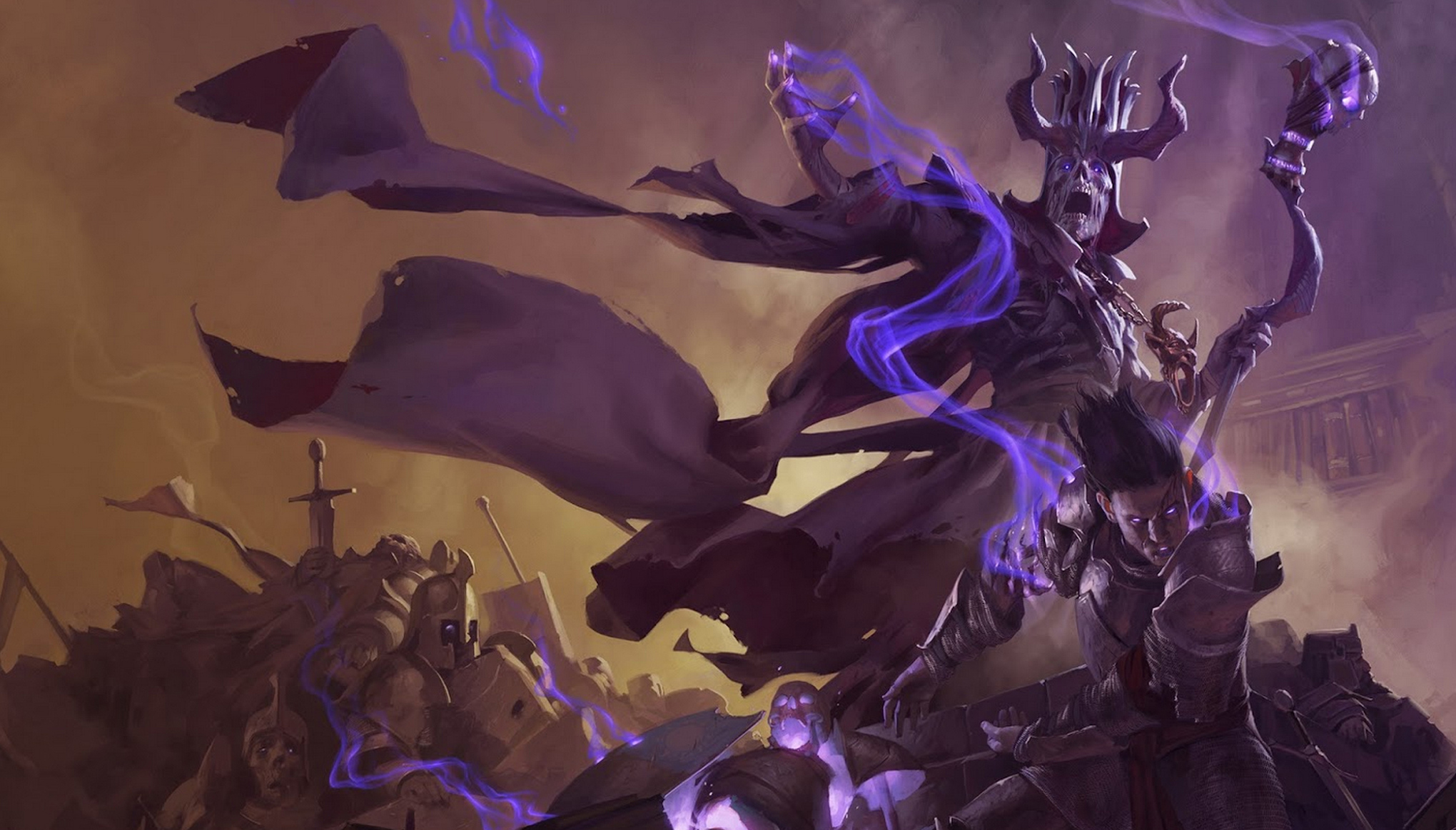 Are Skill Checks still a thing?

Skill checks are a returning mechanic in the new version of D&D, but these have also been streamlined significantly. In 4th Edition, you had to choose which skills you wanted to train in — like Perception, Dungeoneering or Diplomacy — and how many points you wanted to assign to each. In the new edition, each of those scores is tied to one of your six core character stats: Strength, Dexterity, Constitution, Wisdom, Intelligence and Charisma.

In 4th Edition, when checking whether you can successfully sneak up on an unsuspecting guard, a player would roll a d20, adding the result to their Stealth ability score, and check that total against the target number. In the new edition, you would add your Dexterity modifier — a stat broadly applied to all Dexterous actions, both in and out of combat — instead.

The idea of specializing in certain skills still exists, however, in the new edition's Proficiency system. Players can be Proficient in all kinds of stuff: weapon or spell categories, skills, tools, and so on. Rather than assigning each of your areas of expertise a unique score, your character just has one "Proficiency Bonus," a number applied to all your Proficiencies. For example, if your Level 1 Rogue is talented with Daggers, Stealth, and Sleight of Hand, whenever you make a roll for one of those skills, you would add your character's Proficiency Bonus, which starts off at +2, and increases as you level.

The difference between the two editions might sound like a minor distinction, but it follows along with the philosophy of the new, streamlined D&D rules set. Rather than deciding how good or bad you are at every single skill, you simply decide what you're good at, and the Proficiency system takes care of the rest. 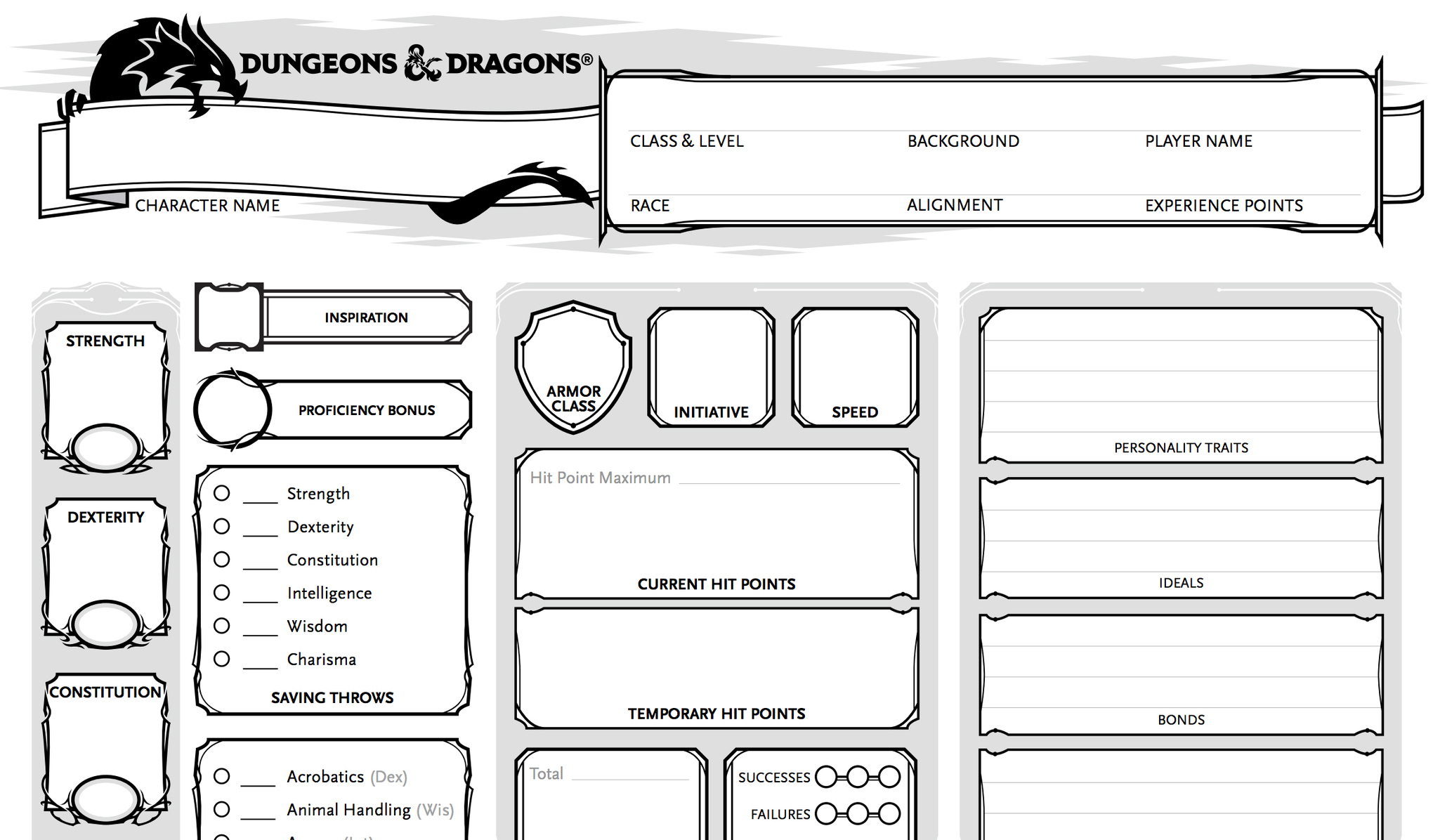 Do you still need a game board to play?

A ton of 4th Edition's mechanics involved where each hero and enemy stood on the battlefield, represented by each character's miniatures on a grid-based game board. Combat buffs were applied when heroes could get on either side of an enemy. Rogues could perform an attack, then swap places with a friendly unit. Wizards could cast cone-shaped spells that would attack the square in front of them, three squares beyond that, five squares beyond that — you get the picture.

The result was an extremely codified, game-y (for lack of a better word) system, one reliant on the ownership of those miniatures and boards. Entire sections of the Player's Manual were dedicated to how the grid operated; the difference between a Burst and Blast-type spell, when and where players could take cover in the environment. In the Basic Guide for the new edition, playing on the grid is boiled down to a single sidebar — an option the Basic Guide calls a "variant," rather than the standard form of play.

The result is a far more "Theater of the Mind" experience; rather than making the most of their Powers on their turn then passing to the next player in order, players can do anything their minds can think of, their character is capable of, and their DM will allow. The new edition's rules are built around broad mechanics, which can be used to interpret creative ideas — without worrying about whether a character has the right predetermined powers to accomplish those feats, or how that information will be reflected on a game board. It's less mechanical, and more theatrical.

It's less mechanical, and more theatrical

There's a lot, lot more granularity to the new edition than that; after all, each class still has different ways to fulfill their archetype when playing, whether it's Rogues springing traps around their enemies or Wizards blasting foes with Rays of Frost. But in general terms, the systems of Advantage and Proficiency have compressed an enormous amount of the 4th Edition's library of mechanics into two easy-to-understand (and easy-to-utilize) ideas.

It will be interesting to see how the new edition is received by the fans of past versions of D&D, considering how it's attempting to bridge the gap between the pen-and-paper and tabletop board game realms. If you're interested in playing, the Basic Rules for the new edition are available online on Wizards of the Coast's official site. If you want to go even deeper, here's the release schedule for the new edition's rulebooks: