Share All sharing options for: A video game rock opera that can be played on a PC or watched live in a concert hall

All video games are a sort of tenuous performance art, requiring players to take on the role of both audience and performer as they inhabit an interactive story designed to create a shared experience.

And as game creators continue to explore their medium, the role of gamers continues to evolve.

Karmaflow is both a music-themed video game for PC and Mac and a touring interactive rock opera.

Whether played at home or viewed in a concert hall, the musical performance and the show's story is influenced by the audience.

The video game has players exploring a series of virtual worlds and resolving the setting's inherent conflict. The decisions a player makes shapes the environment, the story and the music of the game.

Karamaflow in Concert: The Rock Opera opens in October in the Netherlands. The performance features the Metropole Orchestra and a cast of 14 well known local rock and metal singers. And like the game, the concert is shaped by the people experiencing it.

"It's going to be interactive as well, something new in light of the rock opera musical world," said Ivo van Dijk, creative director and composer for the combined effort. "The audience gets to choose how the rock opera progresses. The same way as in the game but in different ways."

Like many amazing games before it, Karmaflow started out as a graduate student project, but the impetus for the concept had roots in van Dijk's life before game development.

But soon after the band fell apart and with it van Dijk's desire to stay in the music business.

"We had all of these issues with the band, bad management and labels not paying," van Dijk said. "I decided I wanted to go into something I could do on my own as a composer, so I could work by myself."

Van Dijk started studying the composition of media at School of Arts Utrecht in Utrecht, Netherlands. The program included learning about scoring for film, commercials and video games.

"Gaming has always been one of my passions," he said. "That's where the idea came from."

Van Dijk wanted to create another rock opera, but this time make it as a video game, so he got in touch with several students in the game development department at the school and pitched the idea in October, 2012.

People loved the concept and production started about a year later after van Dijk and the others convinced the school to let them spend their last year there working on the game as a graduate project.

Last month everyone graduated and the game, now being developed by more than a dozen people, neared completion.

In total 30 to 40 people are working on the game and the live show.

Van Dijk says the game is most easily compared to thatgamecompany's Journey, a game that had players wandering a nameless desert in search of some unknown goal.

He says it is a 3D puzzle platformer game.

"We wanted to focus on heavy gameplay mechanics," he said. "Allow players to explore the adventure and let the world and the music speak.

"The soundtrack is adaptive and interactive so the soundtrack changes during the gameplay. The second play through might be different than the first."

Early on the team decided to cast the player-driven character as an observer of the things happening in the world.

"That makes it a lot easier to translate the story of the game to the stage," van Dijk said.

Where the game focuses on the exploration of each world and culminates each world-sized level with the player meeting the world's guardian, the rock opera will focus on the guardians. 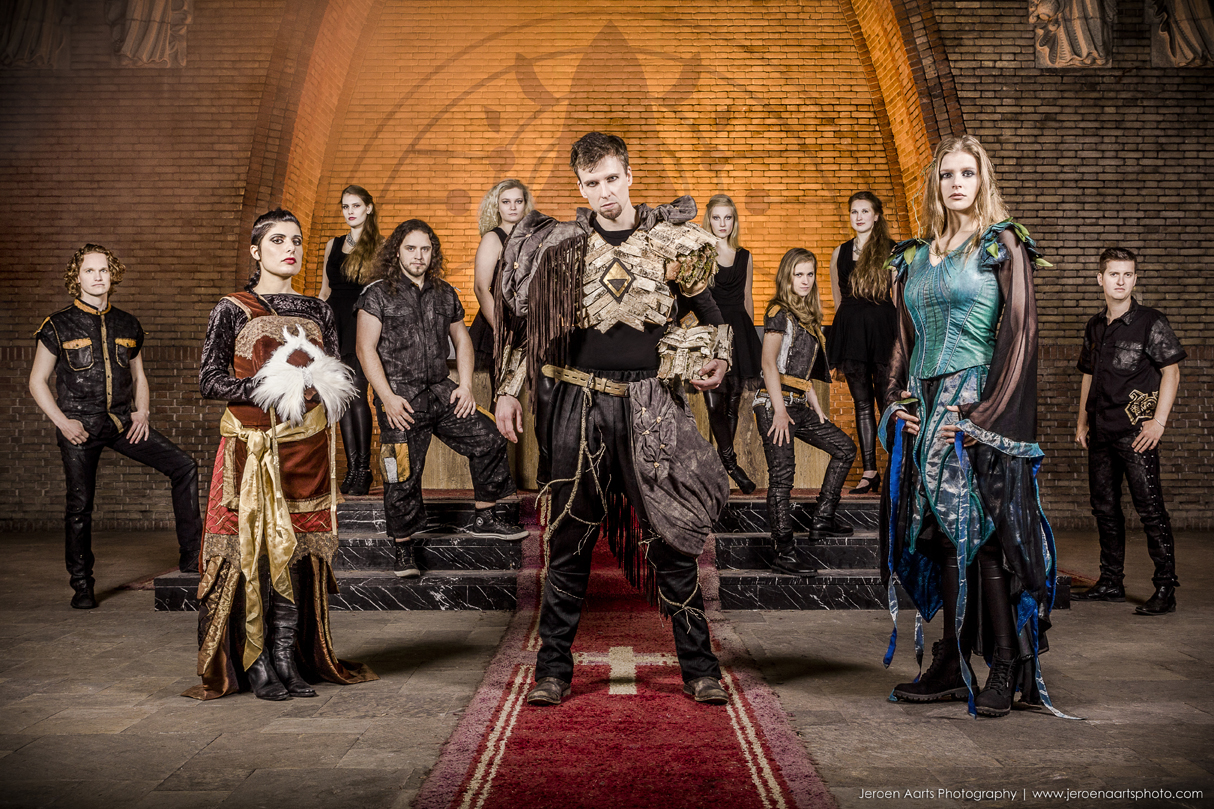 "They are voiced by the singers, they are fairly easy to translate to the stage," he said. "The key moments in the story are where those characters in the game are introduced, that's like the rock opera-ish part, the epic conclusions of each world.

"That is the focus of the theater show."

Van Dijk said his hope is that the game will be able to explore how the music industry and the game industry go hand-in-hand in different ways. He also hopes that it underscored the importance of music in video games.

"We really wanted to combine these two forms of art to their full extent," he said. "We're doing that by kind of making the player the performer, giving the player the sense that they are in charge of the world, the game and the music."

Like most creators on the precipice of releasing their concept onto the world van Dijk has no idea how it will be received.

"If people like the singers they may be really excited about that," he said. "There are a bunch of people who like the idea of the game and aren't interested in the singers.

"For us, all of us, it's more like a big experiment. We're trying to do something new with the way stories are being told. We're also trying to find each other because this is the first time we've worked together.

"I hope the experimental nature of the game will get people to iterate on this idea so we can see more musical games and rock opera games in the future and also on stage."