A life spent gaming while black

Share All sharing options for: A life spent gaming while black 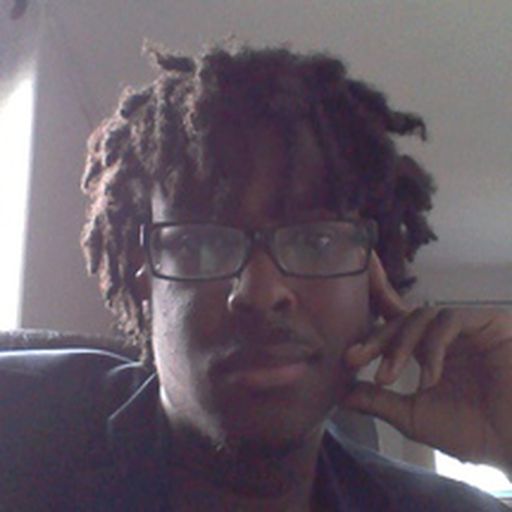 It's difficult to look at the world through someone else's eyes, and even more difficult to grasp their basic morals and ideas. But ideas come from experiences, of which we only know our own. I'm here to present you with a lens through which I viewed my life; a memoir on gaming while black.

It’s brought me lots of memories, I remember years of video games without a single character of my skin tone. I remember loving light-skinned and slender bodies. I remember thinking "If only I could wake up one day and be Japanese, or at least white. White would be good enough." I didn't know better, all my favorite heroes were white or Japanese: Ash Ketchum, Hiro, Dexter, Mega Man.

All the black people I saw were big-lipped, they died first, they were a part of jokes about rap, or they were the bad guys. I thought that being white meant a calming and peaceful life where I'd eventually get whisked away to adventure, and being black meant I would somehow between now and a couple years from now become a football player with no personal input, effort or say in my own life. I was young and impressionable, I learned from the media in front of me.

I remember Barrett, shouting off profanities and being a heavy guy with a big gun. Final Fantasy 7 was the coolest, best looking, deepest game I had played when I was eight years old. In a game full of slender, cool, feminine characters with identity crises, mystery and God complexes, Barrett was the only character that was everything I never wanted to be: Big, muscled, profane, different from the rest of the cast in more than just skin tone.

I came to appreciate Barrett in a grateful "better than nothing" way, he just wasn't my type.

There was the time I decided that the FPS community wasn't for me. Someone with a rather deep voice was in our game, so one of the impudent microphone owners that plague the genre said that he sounded "like a nigger" and decided to take the high road on that joke by continuing it for the entire game. I was always fascinated with mic chat and the fact that people can connect in a video game; that was the first time I was ever silent an entire game.

I remember perhaps more than anything customizing the characters for some of the first 3D online games available and editing my skin color down to ... down ... to ... tan? Light tan?

That's the best they've got for me? I get it video games, I get it! Everyone gets trolled, and Japan doesn't have black people for reference, but this? You have the technology to edit the hue and tone of the skin texture, I know you do because I can make it as dark as tan or as pale as snow, but you can't give me just one shade deeper? It's not technologically possible? Why can't you give this to me?

That was for some reason the last straw, a breaking a point, something I could never understand. Tera lets me make the human characters deeper skin tones, but no other race in the game can be black. Elves and the animal-eared Elin can be pinks and purples and Caucasian olive colors, but black is apparently too far a stretch for the fantasy canon of the game. Character customization was the first thing that made me feel like there was a vendetta against me. It was the first time I felt not accidentally left out, but actively ruled out.

I remember the good things too:

I remember La Tale, I played it in Japanese and struggled to make it work on my computer. It was the first time I had seen an anime-styled game allow deep chocolate characters in it's customization, and it looked great. I was so happy: no big lips, no brawny shoulders, it was me, just like everyone else. A cool, cute character with the same body and a different skin tone.

I remember my best friend in Ragnarok Online, in-game name Damiek. He was black, as it turned out. I called myself Katsuo, or sometimes Skilled Healer. During small talk in game we just came up on the subject. We both would never have expected since Ragnarok characters can't change skin tone, it was the first time I realized I wasn't alone. That there are other cool black nerds just like me.

I remember playing Wakfu, which was a French game that allowed you to change skin color, and I saw for the first time an accurate representation of the amount of people that were black or decided to play black characters in a game. I looked through the "Wakfu in real life" forum thread where people shared real life pictures and saw how many melanin-rich ladies and gentlemen there really were. I remember there being 10 times more than I would've thought guessed.

Even the French anime has a black character.

I remember the realization that I, along with most of my college peers, had been drawing the heroes and loves of our past, all white, and professionally learning to draw white people from 40 year-old books. I remember realizing that all races and body types are sexy, cool, smart and cute, and not in an after school lesson way.

It was the realization that it's up to the artist to decide who is what, the epiphany that instead of focusing on low jeans and heavy slouches, I could focus on black people being tall, fast and having deep, rich skin and go from dumb and intimidating to refreshingly smooth and agile black character designs.

I realized I could do this with every race and walk of life because visual interest is a matter of perspective and choices.

Afro Samurai and Cowboy Bebop beat me to the punch on that one. Then Left 4 Dead came out and had Louis. When a character is Black and they have more to their character than being black, your friends don't even notice that they're black.

They don't compare you to them, say you should dress as them or say "Oh my God, black guys are so like that! Not you though LeSean" or "Well, Sean's black so he has to be that guy."

They just glaze over these like they’re any other character, because that’s what they are. So when Kill La Kill introduces Rei Hōōmaru with her dark skin and puffy light blue dreads, or when I meet Steven Universe’s cool and afro-sporting Garnet, I have to remember not to brag and hype to my friends. They haven’t needed these character for 20 years, so quietly I watch their every move with bated breath, their simple appearance healing neotenic wounds.

I remember all this, and as I look back I realize. I struggled so long looking for impossibilities, wanting to be in a different body so I could know what it's like to relate to the things I love. But after years, it's finally time to accept: I'm different. I'm different than Mega Man and Dexter and all my role models and that's okay. I'm literally physically different in so far as my skin color and I happened to have a struggle with it.

Now, I want my RPG stat boost for being harder to see in the dark, I want my assumed ability to rap, dance, play basketball and fight. I want to be able to surprise people with my annunciation which, when white, would probably just be nerdy but when black warrants comparisons to Morgan Freeman.

I want the occasional earnestly colorblind conversation, but I also know that between two random people, I’ll show up better in a snowstorm. We are different, we all live our life looking through prescription lenses, our bodies and experiences, races and genders.

Neither ignoring those prescriptions or clinging to them is what made me okay with the ones I was dealt, but after 21 years I’ve finally come to accept them for what they are: part of me. Only part.