Share All sharing options for: I caught every Pokémon and it only took most of my life

The road to catching all 719 Pokémon was paved with a childhood's worth of free time, a healthy commute and one very promiscuous ditto.

I've played every generation of Pokémon and every version since it came to America in 1998.

I remember my first hit: I was eight, and my parents thought it would be a great idea to travel from our home in New York all the way down to Florida. Being the rather "spirited" child that I was, they knew the vast beauty of America's coast would be lost on my five second attention span. Out of necessity to keep me occupied, my mother decided this crazy new Pokémon fad would keep my infinite repository of energy in check.

I've played every generation of Pokémon

From the second I turned on the Game Boy Pocket I was hooked. It was like nothing I had ever played before and needless to say my mother's ploy to make this trip as stress free as possible worked. Little did she know she created a Pokémon addict. I distinctly remember maxing out the in game timer in at least one of each of the versions I possessed.

I played them all over the following years. I never quite caught them all though. Whether it was not being able to snag one of the other starter in Red and Blue, or not being able to catch a Deoxys in Ruby and Sapphire, there was always something standing in my way. Then college happened and I had other things in my life that needed sorting more than my boxes full of pokémon. But I still found time each week to dedicate to my poképals.

When the first trailer and teaser for the current generation were released, I cried. Literally, I wept. I know there's something embarrassing about this, but I think everyone should be allowed one fandom that stirs this level of passion. It's healthy to feel so happy, even about a silly game.

This was such a drastic departure from many of the series mainstays and I loved it. The move to a polygonal overworld was the least of the changes I was interested in (in fact, I miss the pixel art). This new generation has a number of significant improvements like a rethinking of the exp. share and an overall easier time finding and catching mons.

When the first trailer and teaser for the current generation were released, I cried

Of these improvements my personal favorite was the upgraded breeding mechanics. In past generations, getting a pokémon that was perfect stat wise was rather difficult and time consuming, and there was an element of luck which I simply don't possess. Since the Battle Frontier in Emerald, breeding pokémon became one of my main reasons for journeying through each region. The Battle Frontier stepped up battles in the game and in order to take on the Frontier heads, you had to breed pokémon or cheat. With the destiny knot I am able to breed desirable pokémon in a third of the time it used to take. It was through these combined improvements, and Pokémon Bank, that I decided that this generation I was going to finally catch them all.

I started by dusting off my old Ruby, Sapphire, and Emerald versions to see which pokémon were where. Luckily for me I had the foresight as a child (or at least that's what I'd like to think) to trade most of my favorite pokés to Emerald so they could adventure with me, including the Lati twins. From there, I checked my Diamond and Pearl remembering that I hadn't really liked Platinum and wouldn't have transferred any pokémon to it. I set out transferring pokémon from my Emerald version to the pal park in my Diamond version, as it had the most mons. At this point I had about 440 pokémon in the national dex in Diamond but only around 200 actual pokémon due to them all being fully evolved. 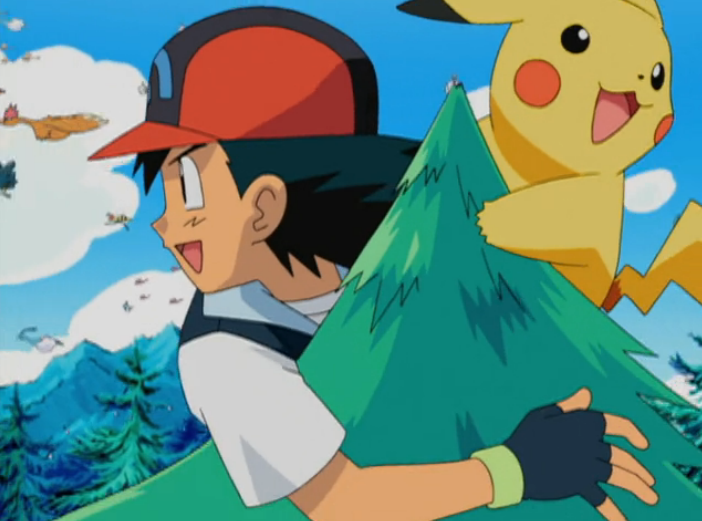 After all the pokémon were moved over to Diamond, I began moving pokémon over to Black using the PokéTransfer. Black released during an inconvenient time in my college career and since it brought 150+ new pokémon to the mix, I really slacked in the catching department. It was because of these uncaught pokémon that I lost steam for a month or two on my journey to catch them all. Eventually with the help of an hour daily commute, I caught a good portion of the pokémon I was missing from the 5th gen. By then I had around 300 fully evolved pokémon in my possession.

With the destiny knot I am able to breed desirable pokémon

Then came the fun part: moving all the pokémon to pc box number 1 while turning on pokétransfer and pokémon bank simultaneously to move and sort through all these pokémon. If you don't play the games this may sound, let's say jargon heavy. Transferring pokémon across the various versions is time consuming. Pokétransfer only allows you to move 30 at a time to a "transfer box" where they wait until you open up Pokémon Bank to complete their journey. Keep in mind, you have to do this for every 30 pokémon. It was an exercise in patience.

After getting all the pokémon through with consistent game switching, I moved everything over to my Y version of pokémon. I would estimate that I had somewhere around 380 fully evolved pokémon but some might have been duplicates. I had never gotten so close to catching them all, I was so excited to finally achieve a life goal. No, you aren't allowed to judge me for the sheer awesome nerdiness of my life goals.

But there was a problem: Due to the having all these fully evolved pokémon, but no basic or stage one mons to back them up, I was missing two thirds of some of these pokémon lines. Enter Ditto stage right. I took my favorite level 100 Ditto and pretty much set Ditto up on 380 "dates" and made a bunch of little pokémon eggs.

Now I will say I love breeding pokémon and never shy away from breeding pokémon for other people — I'm doing that as you read this article - but collecting and hatching around 300 eggs can wear you down. Then the thought of evolving half of them was equally daunting but slowly, overtime, I got it done. With 820 minutes on the clock I had obtained all but a few pokémon. I was so close I could taste it and it was sweet!

I had never gotten so close to catching them all

To round out the remaining 40 pokémon, I took to any place that facilitated pokémon trades. I would say about 20 came from various people on Reddit, while the remaining half came from random strangers on the Global Trade Station (GTS). It makes me laugh when I think the original goal of pokémon was to facilitate friendships by having you connect in the real world to trade and complete the pokédex. With the advent of the internet we have such an amazing ability to connect that I can strike up a trade with someone from Japan online.

The GTS is terrible as anyone who has waded through the trade requests anyone can tell you its a mess. I was on the hunt for a Slowking at this point and most people wanted either event legendaries for things like Suicune, which I didn't really feel was a fair trade. I discovered that the only way to get things you want on the GTS is to put up a valuable pokémon (in my case a bunch of perfectly bred Beldums) and ask for the pokémon you are seeking 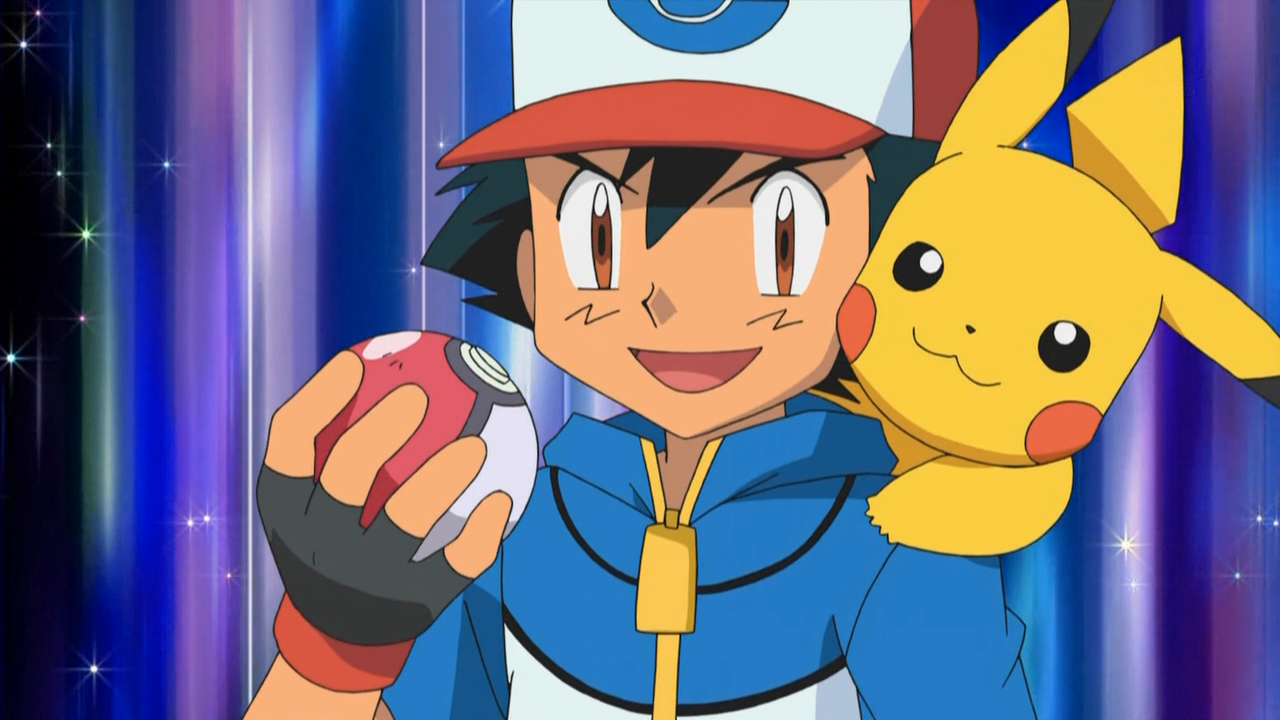 So there I was with all 718 pokémon. I did technically "catch them all", but I'm a completionist and this still wasn't good enough for me. I was browsing the Pokémon sub-Reddit a few days after and noticed someone was doing a special run of pokémon. They were offering Diance, the 719th pokémon, which at this point is a Japanese exclusive event pokémon. Now I knew that the validity of this Diance was questionable due to Nintendo making events like this segregated from us here on the western side of the world. However, I was willing to overlook the pedigree. After all I just had my Ditto create 300 pokémon eggs so morality was sort of a moot point at this time. I traded the fellow redditor a Yamask egg and got my Diance. This was the happiest day of my pokélife.

I technically caught 'em all

All in all, I think I spent somewhere around 100 hours pulling everything together. It was worth every trade, egg hatching and hour spent to know that from now on all I need to do is drop them in with pokémon bank to get a complete pokédex. At times I wanted to just stop and say "well 698 is close enough", but I found the strength to endure. I know that if I was a kid in today's pokémon world, I definitely would not even come close to catching them all, and that's a real shame because it really feels like a huge undertaking. For the kid I knew I was, having to span four games and having the patience to bring them all together just to "catch them all" would have been lost on me.

If I had to say anything to those starting their quest, it would be that catching them all really gave me an appreciation for the pokémon that I never noticed before. Taking a long hard look let me find things to really enjoy about all the pokémon, not just the powerful ones.

Who knew my mother's desperate attempt to save her sanity would span six generations of Pokémon and nearly two decades. I feel like that rambunctious kid who started his journey all those years ago can finally rest knowing his job is done. I now feel like a verified Pokémon Master...and an accomplished Ditto match-maker.