You haven't played these Pokémon games, but you should

Share All sharing options for: You haven't played these Pokémon games, but you should

Not only have you not caught them all — you haven't even played them all.

The Pokémon-playing community has proven to be one of the most industrious groups of fans this industry has ever seen. That tenacity is built into the franchise's very nature. To fully complete a PokeDex in Pokémon X and Y, you have to collect over 700 discrete monsters, either through catching, trading, evolving, transferring from previous installments or obtaining from timed Wi-Fi or real-world events. To even attempt high-level competitive play requires hundreds of hours of breeding, battling and pure, dumb luck.

Despite the truly gargantuan amount of time demanded by the core series, there are fans who demand more — and fans who create more.

Since the early 2000s, fans with the knowhow, software and artistic ability to do so have been creating unofficial Pokémon games in the form of ROM hacks. Dozens, if not hundreds, of these games can be found online for free. Some are loaded onto actual Game Boy Advance cartridges, and bootlegged to unwitting consumers. Some are exceptional recreations of a true, full Pokémon experience. Some are considerably less polished. Some don't even attempt authenticity, favoring puerile humor, violence or frequent nudity instead.

Over the past month, I've gone down the ROM hack rabbit hole, playing over a dozen fan-made titles in order to curate a list of some of the most fascinating Pokémon games I've ever played — official or otherwise. This list is far from comprehensive, of course; make sure to sound off below on any notable fan-made games not mentioned. 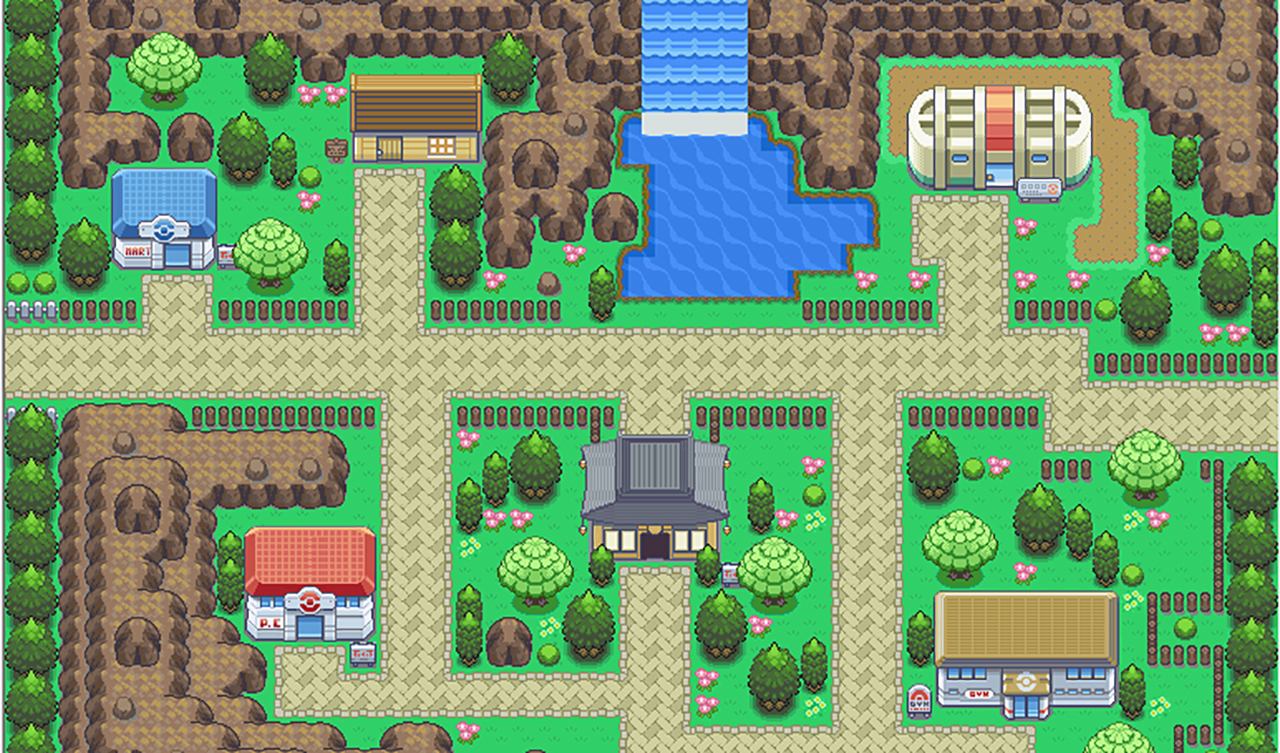 Pokémon games have followed a fairly rigid formula since the series' inception: You get a starter, collect and level Pokémon, face off against your rival, beat the region's eight gym leaders, then conquer the Elite Four. Pokémon: Advanced Adventure, a modified version of the GBA title Pokémon: LeafGreen, follows that structure for the most part. Oh, except your rival, Gary, is a bloodthirsty psychopath who rules the world, and the only way to stop him is to best his eight equally evil subordinates.

That plot contributes a fairly strange tone to the game, as you might imagine. It's not the only strange storytelling choice: Advanced Adventure's protagonist comes from a poor family, which the game repeatedly explains to you in thorough detail. Like, at one point, Professor Oak claims your character once ate nothing but dirt for an entire week. It's brutal.

The game does feature one other variation on the Eight Gyms to Elite Four formula: Each area you find is also tormented by "Tyrant Pokémon," mutated forms of the game's standard monsters. To complete the game, you have to either take out or capture those Tyrants, which include a Zangoose that wields metal claws, and an Arcanine equipped with Water-type abilities. 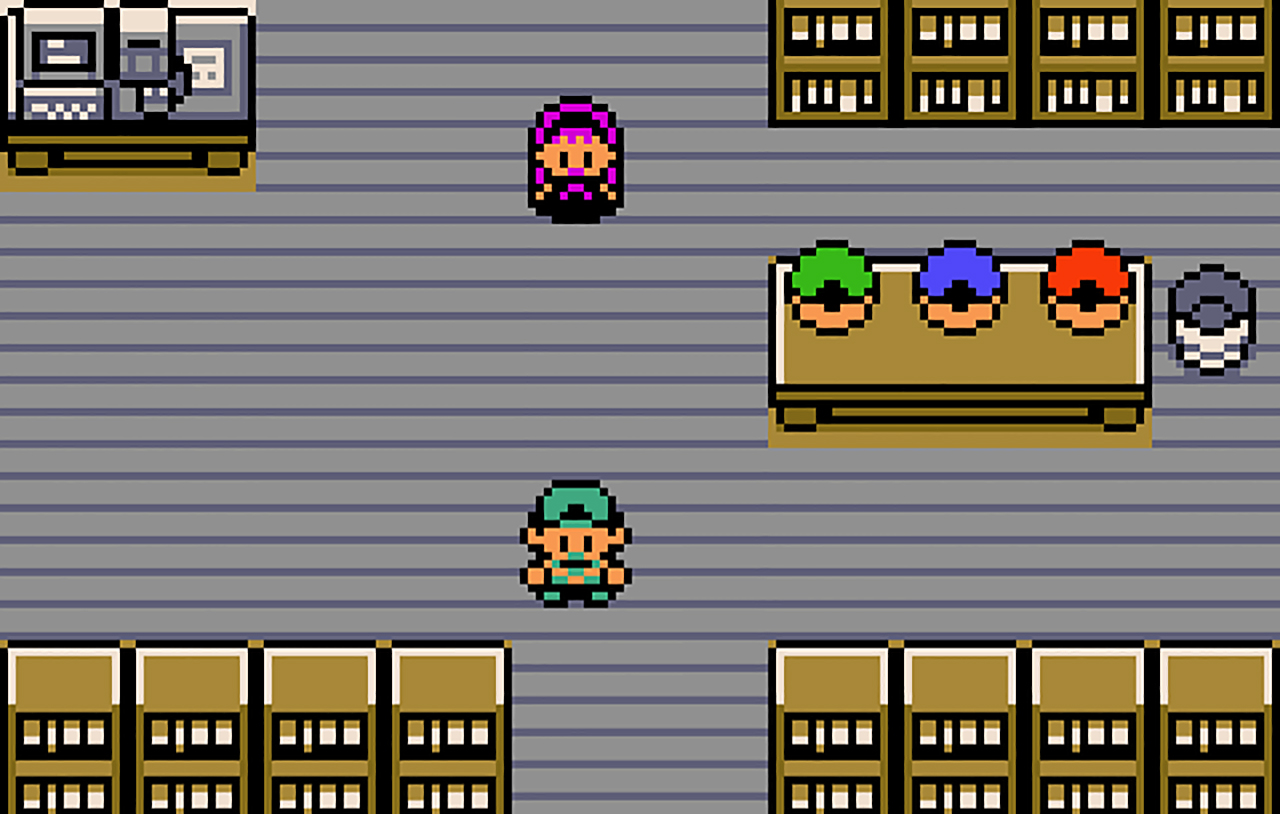 Though most ROM hacks are built upon Game Boy Advance-era titles, Pokémon Prism is a modded version of Pokémon Gold for Game Boy Color. What's fascinating is that its roster features Pokémon from the first four generations of the series, all the way up to the Diamond and Pearl titles on Nintendo DS. That means more recent Pokémon have been dramatically, graphically simplified to match the game's 8-bit aesthetic.

Prism is ambitious and bizarre, featuring minigames, side-scrolling exploration segments and even areas where you manually control the Pokemon in your party. Like Advanced Adventure, its tone is also fairly idiosyncratic; in one cave, you have to square off against a team of super-powered "Pallet Rangers," modeled after their Mighty Morphin' kin. Unfortunately, Prism (like many ambitious Pokémon hacks) isn't finished, and hasn't been updated since 2010. However, some recent activity on the game's Facebook page suggests more content could be coming soon. 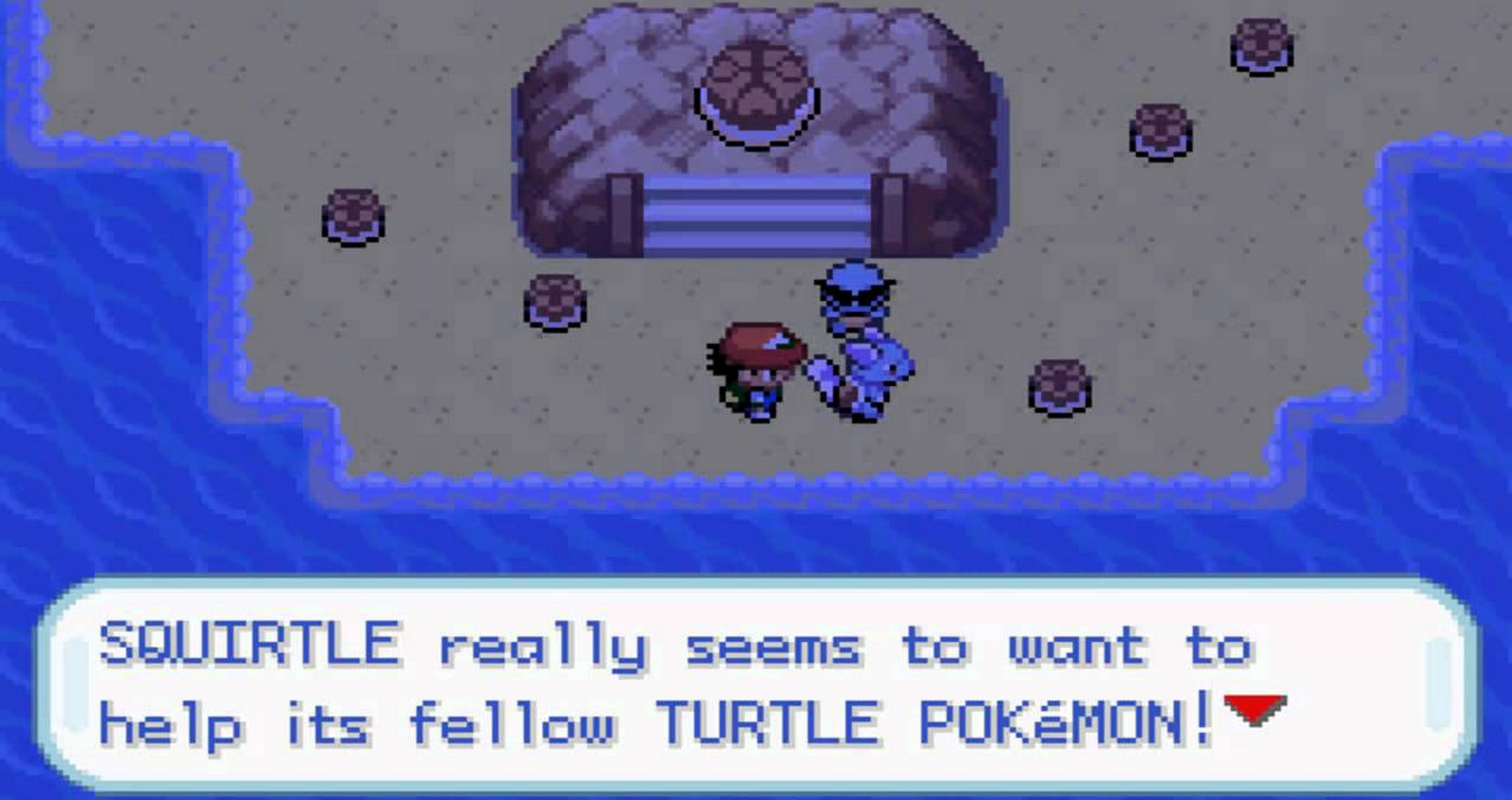 If you ever watched the original Pokémon animated series, Pokémon AshGray is something you absolutely must play. It's a hacked version of Pokémon FireRed that follows the plot of the TV show's first season with startling accuracy. So many familiar events are depicted: Ash's reluctant partnership with Pikachu, his escape from a flock of Spearow, his run-in with the Squirtle Squad, his discovery of Bulbasaur's Hidden Village, his survival of the sinking of the St. Anne. It's all there, and it's all interactive.

AshGray doesn't force you to follow the course of the series to the letter — you can catch Pokémon Ash never caught in the series, and build your team as you see fit. But the way that it interprets the TV show's main plotlines in the form of over 100 in-game events is truly impressive. It also features events based on Pokémon: The First Movie, in which Ash dies and is resurrected by Pikachu tears. Fun stuff!

Also noteworthy: Some of the functions filled by Pokémon moves, like Cut and Surf, are actually performed with tools like a Hatchet and a Raft. It's an act of mercy for which I will be forever grateful.

AshGray actually isn't the only ROM hack based on other pieces of Pokémon media — Pokemon Naranja (Orange), a Spanish-language hack of Pokémon Ruby, similarly follows the events of the animated series' second season, titled Adventures in Orange Island. There's also Pokémon Adventures Red, a FireRed hack which follows along the plot of the original Pokémon manga. 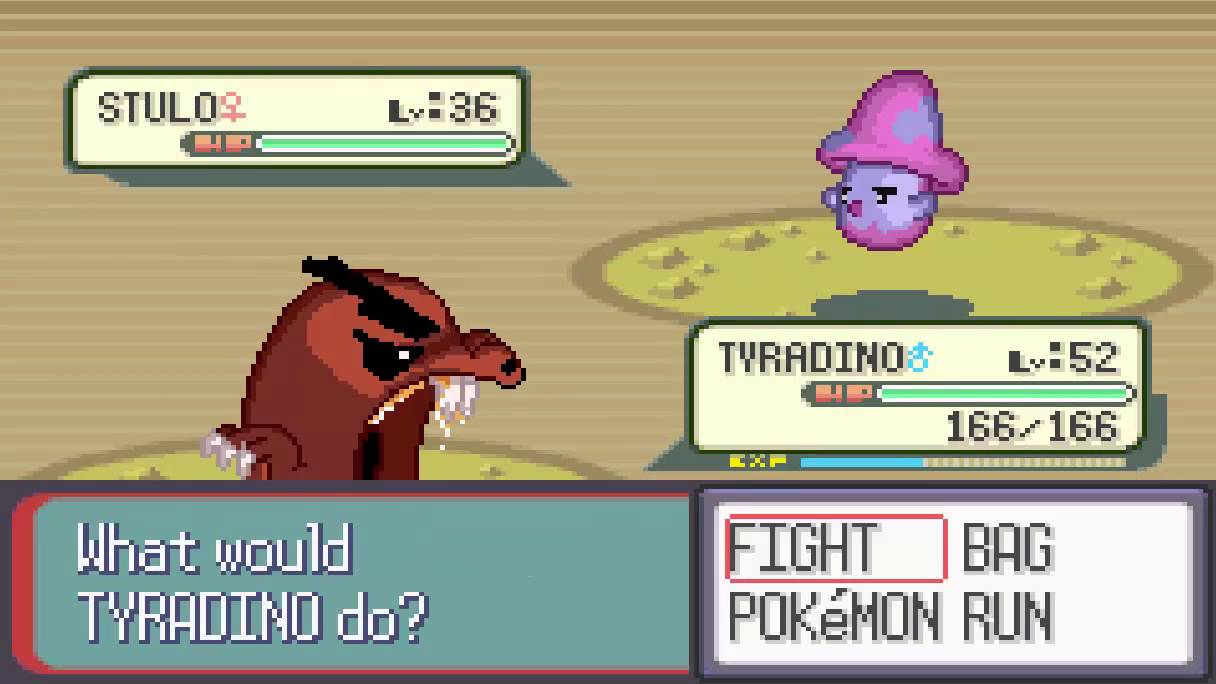 Pokémon Quartz isn't the best hacked ROM out there, but it's definitely not lacking in inventiveness. Sure, its sprites are occasionally pretty ugly, its translation is rough and its gameplay isn't especially captivating. What's bonkers about Pokémon Quartz is the fact that it features a roster of completely made-up Pokémon. Every single creature in the game is original; there's nary a Squirtle nor Jigglypuff to be found.

A few of its cast are simply palette-swapped versions of their counterparts in Pokémon Ruby, the source material for this hack. But most are entirely new sprites, all with entirely new names. It's a pretty remarkable effort, even if the quality of the finished product is a bit mixed. 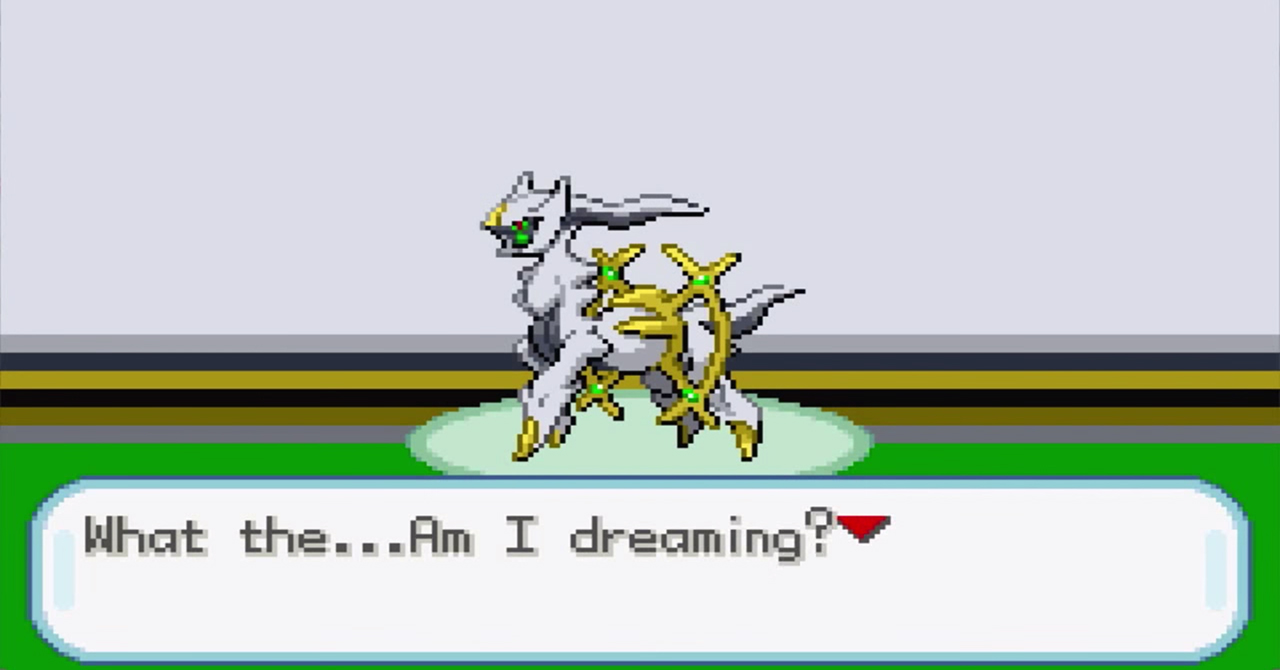 A common theme among Pokémon ROM hacks is the enhancement of difficulty, and few hacks take that idea further than Pokémon Dark Rising, a hack of Pokémon FireRed. Before even reaching the game's second town, I had wiped out five or six times — and it didn't get much easier after that. Dark Rising demands you keep up with a punishing pace to keep your team at the appropriate level, from the first gym to the final battle, in which you square off against six level 99 legendaries. Good luck with that!

Of course, its difficulty isn't all that Dark Rising has going for it. It also features a roster of Pokémon from the series' first five generations, moves and abilities from later titles and a truly huge world to explore. True to its name, it's got a darker-than-usual storyline, focused around stopping a nefarious entity capable of controlling the minds of Pokémon trainers. It's an ambitious project, and one that's actually continuing on in a sequel that's currently in beta, which actually incorporates Pokémon from the most recent 3DS titles, Pokémon X and Y.

Also noteworthy: All your starters are Dragon-type, which actually makes for a refreshing change of pace. 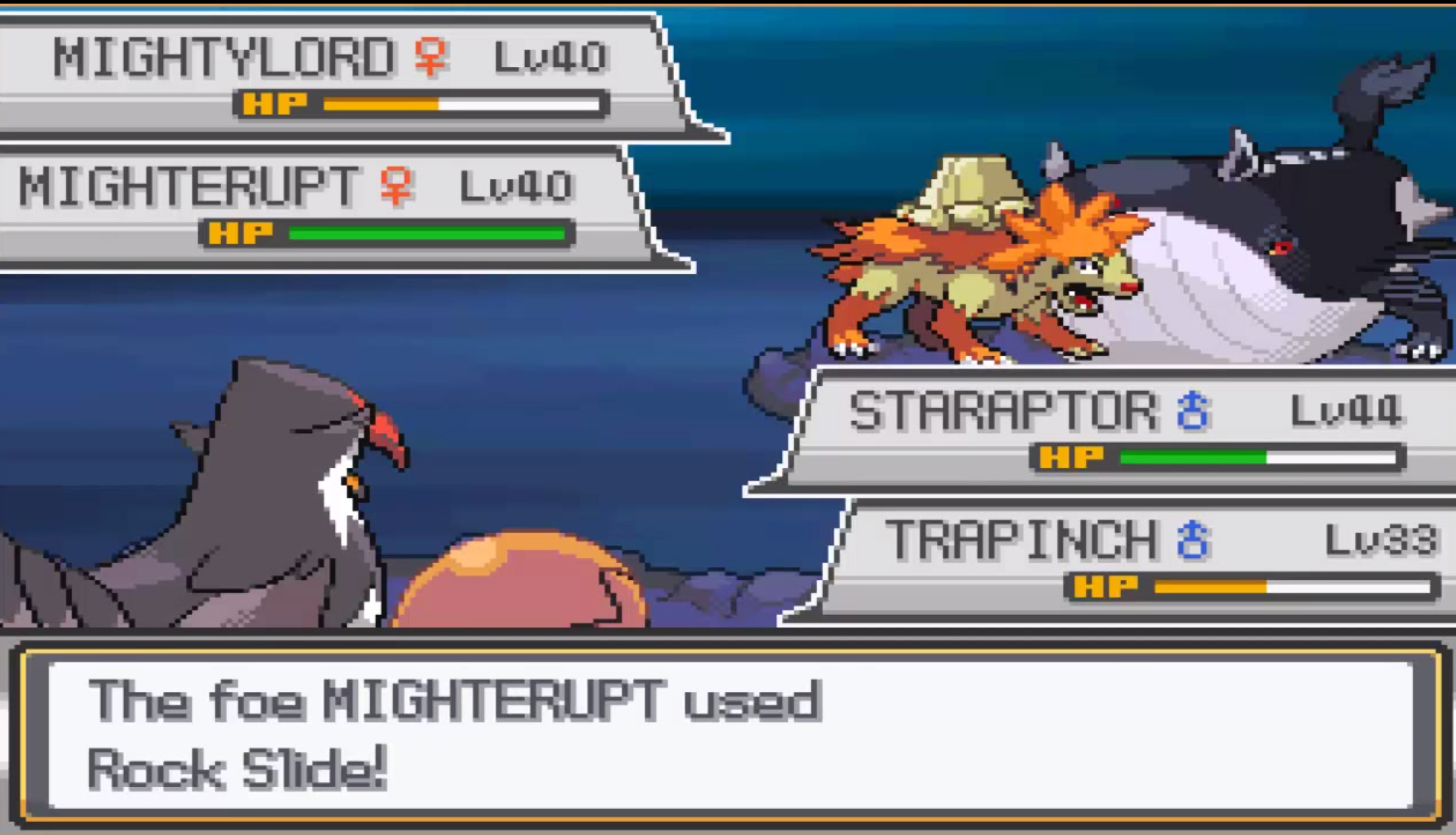 Imagine a Pokémon game in which Bill, the oddball creator of the Pokémon Storage System, had overstepped all the ethical boundaries of modern science, creating monstrous Poke-hybrids in defiance of God's will. You have just imagined Pokémon Fusion Generation, a GBA-era fan-made game in which players can capture and train Pokémon from several different generations, as well as over 100 Pokémon that have been blended into entirely new monstrosities.

The fused Pokémon, which are reminiscent of the creations of the Pokémon Fusion web app, actually add a strategic twist to the game, as you're never quite sure which constituent attributes have been carried over when you face off against a fused monster. The game also tackles the ethics of fusion, which is to say, the un-ethics: Bill's machine literally combines two monsters into one, meaning ... one of them gets destroyed? Do they both get destroyed? Are there two brains in that Gyrados/Dragonite hybrid? Are there two souls?

Also, spoiler alert: There's an easter egg in Pokémon Fusion Generation in which you find your way into the basement of Bill's lab, where you can find caged, failed fusion experiments, who beg you to kill them. Hey, alright! Pretty cool, Pokémon game! 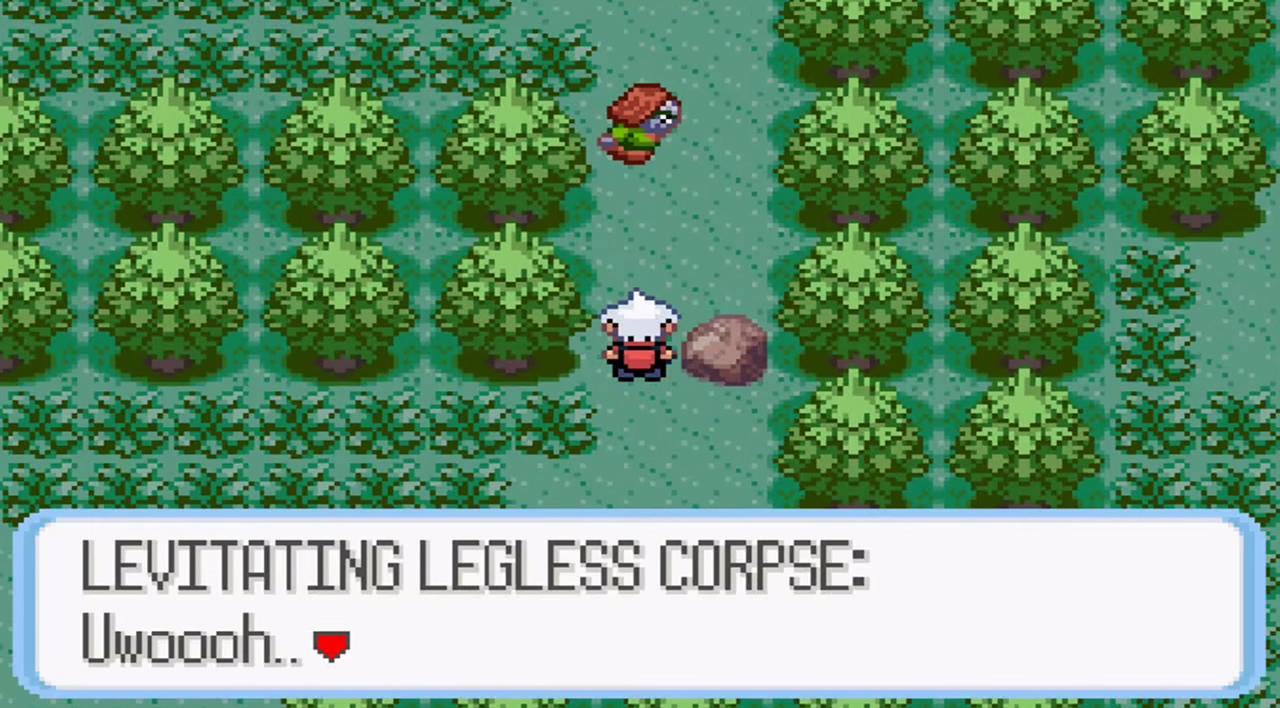 Surprisingly, a ton of fan-made Pokémon games still follow the series' Gym-tackling, Elite Four-conquering formula super closely. Pokémon Snakewood, a hack of Pokémon Ruby, takes a decidedly different route. Like, there are still gym badges, but you'll pull a lot of them off the zombified husks of former gym leaders who perished in the apocalypse. Oh, right — Pokémon Snakewood is set in the apocalypse. Several apocalypses, actually — a zombie apocalypse, a demonic apocalypse; heck, at one point, you square off against the literal Four Horsemen. It's throwing apocalyptic spaghetti at the wall.

The story gets pretty dark, as you might imagine; most of the trainers you fight are zombies, some of whom train zombified versions of actual Pokemon (with amusing names like Boilbasaur and Gorelax). There's also a fair number of original Pokemon in Snakewood, some of which belong to an entirely new "Disease" type. Also, sometimes you can actually use Pokemon to fight the trainers themselves; a feature reminiscent of the legendary creepypasta Pokémon Black bootleg.

For all of that gloom (and occasionally excessive gore), Snakewood actually has a fairly good sense of humor about the apocalypse, leading to one of the more surreal ROM hacks out there. 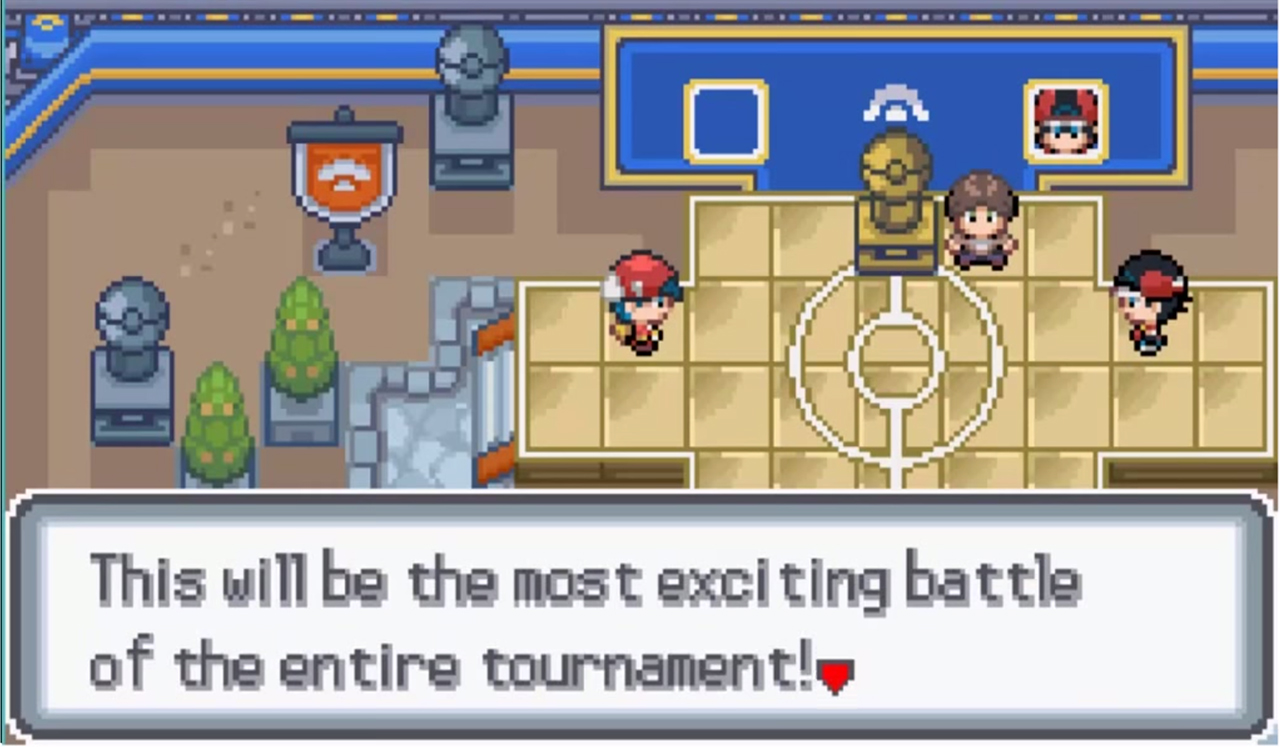 Compared to some of the other games on this list, Pokémon Light Platinum doesn't exactly think outside the box. What's notable about Light Platinum is this: It feels more like a real Pokémon game than any hacked ROM I've played. It's got two enormous regions to explore, Pokémon from four different generations, entirely new sprites and tile sets and a level of polish that no other game on this list can top.

It's a Pokémon Ruby hack, but actually ends up being a larger endeavor than the game upon which it's based. There are a total of 16 badges to collect, two Pokémon leagues to take down and a climactic World Championship waiting at the end of the game. Again, it's not especially inventive, but it feels authentic and official, which is something of a feat in and of itself. 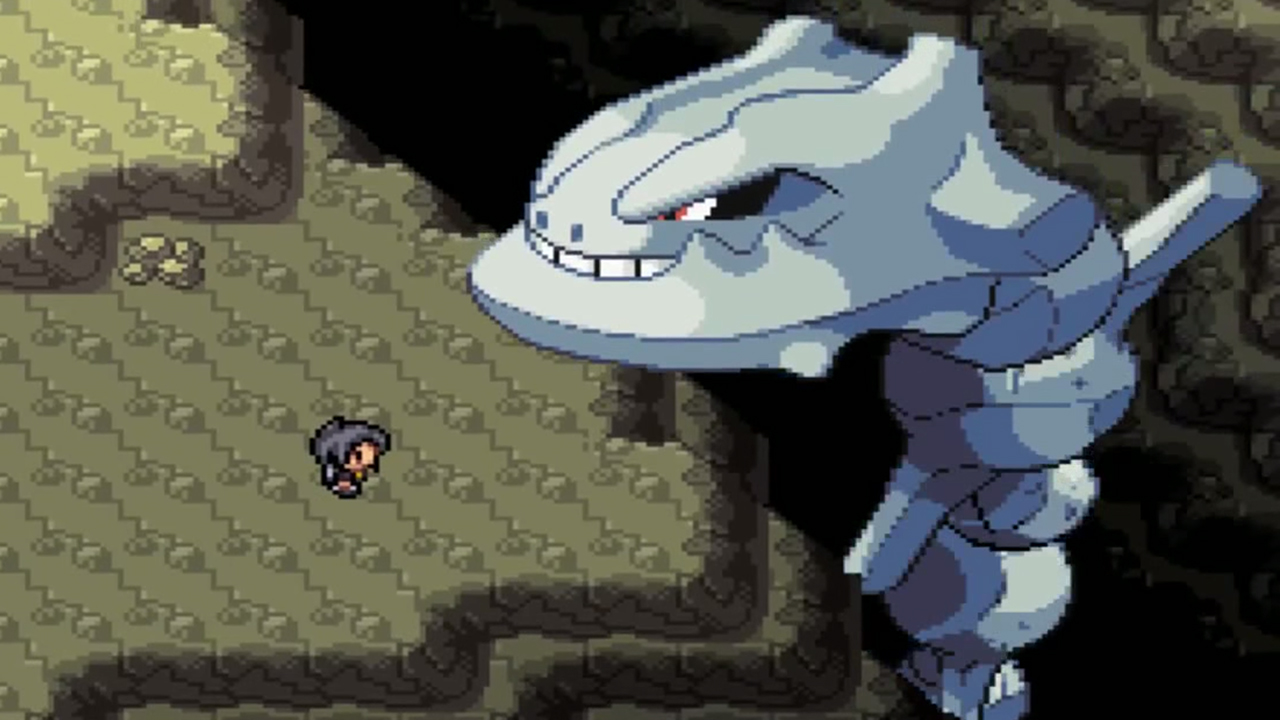 Like Snakewood, Pokémon Reborn is set in the wake of a Pokémon catastrophe — but unlike Snakewood, Reborn's take on Armageddon is far less jovial. In Reborn, Pokémon have become something of a scarcity; many breeds are on the verge of extinction. Your player is tasked with discovering the cause of and reversing their disappearance, working together with scientists and conservationists to keep Pokémon from disappearing entirely. All the while, extremist groups are carrying out acts of terrorism to destabilize the already unstable Reborn City. It's bleak, bleak stuff.

Pokémon Reborn's story is its most fascinating feature, but there's a ton of mechanical innovation going on behind the scenes, too. The developers have updated the game frequently, and hope to add all 721 Pokémon to the title eventually — a feat requiring an outrageous amount of sprite work. There's also some clever functionality in Reborn, like a quick save option, a streamlined training method and a feature that changes the effectiveness of certain attacks based on the weather and environment in which a battle is taking place.

Also, the scariest interpretation of the Pokemon Steelix ever conceived, as seen above. No thank you, Pokémon Reborn.