I owe my career to Halo 2

Share All sharing options for: I owe my career to Halo 2 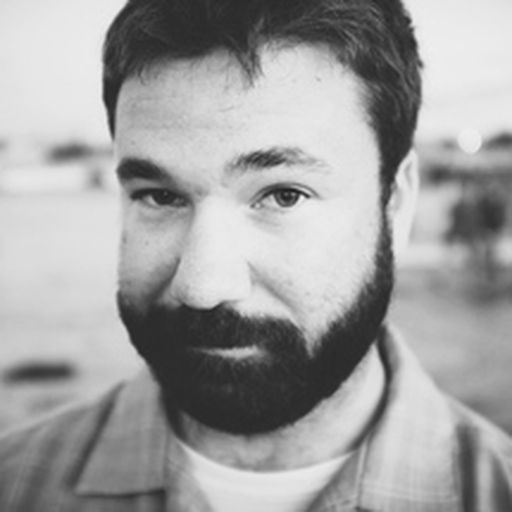 This is the first question people ask when I tell them I’m in video production. My default response has become to explain that it was just a hobby, and then it turned into something serious. I don’t tell people the truth until I’ve known them a while.

A video game got me started.

I’m not embarrassed that love for a video game has turned into a career. Quite the opposite, actually. It’s more the fact that people seemed to have a hard time understanding that playing a video game could lead into something substantial.

"OK, but you must have gone to school for this, right?" That’s the second question.

My only production experience before my first production job was three years of editing footage that I had captured from Halo 2.

On December 25th, 2004 I woke up with a level of excitement that I haven’t been able to match since. Sitting downstairs in my living room, wrapped in colorful paper, was an original Xbox and a copy of Halo 2. It was the only thing I had wanted that year and a little birdy told me Santa had delivered. I don’t remember how many times I beat the campaign that first week, but I do know that on January 2nd, 2005 I spent the better part of a day bugging my mom for her credit card and $50 so that I could try out this online multiplayer thing.

She was very reluctant to give her credit card to some weirdo online, that weirdo being Microsoft, but I eventually swayed her. This was a significant turning point in my life.

Online gaming was like nothing I had ever experienced. The Halo 2 community was growing at the time and everyone was eager to break the game in fascinating ways. I started with the glitch community because they were the calmest. Just a bunch of people laughing in custom games as we launched ourselves onto the highest points of Headlong, or super-bounced to the top of Lockout just because we could.

Once most of the strangers turned into assholes, as is typical online, I turned to the ranked playlists with my actual friends so that we could rain fire on said assholes. It took over our lives. If we weren’t playing Halo, we were talking about Halo. We’d scour forums looking for any and all advantages that could make us better and, in our minds, we got pretty good at the game. And then we saw this.

By today’s standards, Titan’s montage isn’t the greatest, but it made me realize how terrible I was at the game and how much I could still learn. This montage community astounded me. I almost enjoyed watching these montages more than I enjoyed playing the game. Almost.

As I watched, I got better. And as I got better, I wanted to make a montage. On December 25th, 2005 I got another gift from Santa — a capture card that would enable me to record my screen while I played. The next week was spent figuring out how to make my footage look slightly better than terrible, which was the best it could be, and then I was off.

Playing the game now had more purpose than ever. I was going to make a montage and become famous on the internet. Combined with a copy of Sony Vegas 5.0 and all of my footage, I began to compile what would be the first video I had ever edited.

It’s so bad. Like really, really bad. But we all start somewhere.

I spent hours and hours tweaking every little detail and adjusting individual cuts in ways that no one would ever notice or care about. It wouldn’t matter to them, but it mattered to me. It had to be perfect. And when it finally was, I was proud. It took me weeks to make something that today I could do in a few hours, but I had set out on a mission and when I was finished, I immediately started on the next. I couldn’t stop.

Over the next few years, I made 4 montages. My first full montage. A dual-tage with a friend from high school. A mini-montage with clips that didn’t make the original cut. And finally, a Halo 3 montage...

Even looking back, it’s obvious how much my editing improved over the course of my Halo career, but what really got me thinking was the fact that I never got bored. I just wanted to get better, a feeling that was similar to playing the games themselves.

The fame never came, but people enjoyed my work. This was enough for me. I was graduating college when the Halo community started to diminish and the hours I was putting into the game decreased significantly, but I still had this itch to create.

This desire to be at my computer combining music, sound, and visuals into something worth watching had grabbed me. I needed an outlet for this drive that I had, and that’s when I realized that people get paid for this kind of passion. Maybe I could too.

I interned at a small production company that was owned by a family friend, and was brought on full time a month later. I had the privilege of working with talented people who were willing to share their knowledge.

After three years, I finally started to feel like the team was learning together as opposed to just teaching me, and my work continued to improve. One of my co-workers at the time, Jordan Oplinger, got me thinking that maybe I could climb even higher. That my skills and talent could take me places I’d never dreamed I would go.

At the end of 2011 Jordan started working for The Verge in New York City. In January of 2012 he helped secure me a job with him at Vox Media. I started at SB Nation, but later shifted to Polygon and the time since has been, by far, the best of my life, finally dethroning the years I dedicated to Halo.

Gaming didn't just improve my life, it led to my ability to make a living.

Jimmy Shelton is a Senior Director of Video at Vox Media Inc. and is currently based in New York City. He was a co-director/cinematographer/editor of Polygon’s Human Angle series and loves everything games related. Especially his Vita.