Xbox One Kinect available by itself this October for $149.99

Share All sharing options for: Xbox One Kinect available by itself this October for $149.99

Microsoft will release a stand-alone Xbox One Kinect on Oct. 7 for $149.99, the company announced today.

The package will include a copy of Dance Central Spotlight, which launches Sept. 2 for $9.99. The game comes with 10 songs; customers can purchase additional downloadable tracks and import music from previous Dance Central titles.

The second-generation Kinect for Windows was released last month for $199. 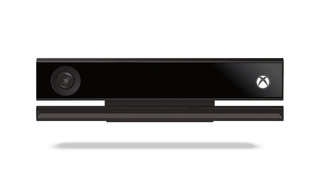 Microsoft launched the Xbox One last November for $499 with a Kinect in the box. In June, the company unbundled the Kinect from the console and began selling the system itself for $399. At the time, Microsoft said it would release a stand-alone Kinect sensor this fall. Last month, the company announced that Xbox One sales in the U.S. doubled once the console became available without Kinect.

Three different Xbox One bundles have been announced for this summer and fall — a standard console with Madden NFL 15, a white system with Sunset Overdrive and a Call of Duty: Advanced Warfare-skinned unit with that game — and none of them include Kinect. GameStop began accepting Xbox One Kinect trade-ins in June for $40.