Ulysses as video game could make it more approachable, but not replace it, scholars say

Share All sharing options for: Ulysses as video game could make it more approachable, but not replace it, scholars say

The concept is to immerse players in Joyce's stream of consciousness by dropping them into the shoes of the work's two protagonists Stephen Dedalus and Leopold Bloom.

Eoghan Kidney writes on funding site FundIt that his in Ulysses project will allow users to "inhabit the characters of Ulysses and experience the density of Joyce's language in a fun and accessible way."

On the most basic of levels, Ulysses narrates a day in the life of Dublin through the thoughts, travels and actions of Dedalus and Bloom. But Joyce's stream-of-consciousness writing, layered with allusion, reference and parody, attracted a massive following, many of whom strive to squeeze every bit of meaning out of the dense work.

That the book, seen by many to be one of the most important English-language novels of the 20th century and a chief pillar of the Modernist literary movement, feels so unapproachable to first-time readers, makes this project very appealing to Joycean scholars.

It's the type of project, they say, that Joyce would have loved.

"He would have absolutely loved it," said Gregory Dobbins, an associate professor of English at the University of California, Davis and author of Lazy Idle Schemers: Irish Modernism and the Cultural Politics of Idleness "He probably would have befriended Mr. Kidney, become a drinking partner of his if Mr. Kidney drinks, and enlisted him in the various plots and schemes Joyce developed after the publication of Ulysses to promote and explain the book."

Arlan Hess, a lecturer at Washington & Jefferson College who specializes in Irish literature and film, said Joyce would have loved the chance to connect with his audience on their own terms. 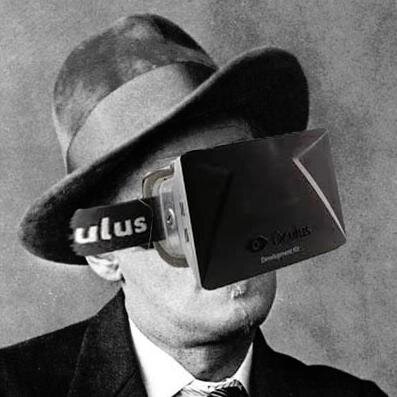 "‘I'm of the camp that says the book should be read at bus stops and in pubs and barber shops not just in ivory towers. Joyce wanted it to be a conversation starter," she said. "Sure, the book is hard to read, but what man or women is a stranger to hard work?

"Once readers understand how to read it, stylistically speaking, the books opens up. This project is another key to unlocking that mystery."

For now Kidney has just €4,553.00 in donated funds to launch his project. The plan, he writes, is to start with the third chapter of the book: "Proteus."

Kidney chose the most approachable episode to recreate from a graphics perspective, but conceptually and narratively speaking, it's a plunge directly into Joyce's thoughts.

"Proteus" finds Dedalus wandering the Sandymount Strand, a large, relatively unremarkable beach, lost in thoughts about his life and family. The section is written in a stream-of-consciousness and is packed with obscure references.

Kidney writes that players will use a VR headset, like the Oculus Rift, to walk along the beach as the book is read aloud to them.

"They will hear Stephen's thoughts as they are written — but these thoughts will then be illustrated around the user in real-time using textual annotations, images and links," he wrote. "A user can stop walking (therefore stopping Stephen walking) and explore these illustrations, gaining insight into the book and adding to the enjoyment of it."

Elizabeth O'Connor, an assistant professor of English at Washington College who writes and teaches about Ulysses, said that the novel is not meant to be understood on a first reading.

"You need to let it wash over you," she said. "Listening to it is definitely one way to accomplish this. Letting people walk through the novel and explore Dublin on their own time would be another way to more fully immerse them in the world of Dublin on June 16th, 1904."

But Kidney's approach, she said, isn't without potential pitfalls.

"In a virtual reality version of "Proteus" players might spend a lot more time frolicking in the Sandymount surf and kicking the carcass of the dead dog that Stephen spies on the shore than contemplating Thomas Aquinas, William of Occam, and Pico Della Mirandola," she said. "It may not necessarily be a bad thing-especially, in my opinion, if it leads them to eventually read (or finish) the novel. However, it is not a substitute."

While all of the scholars were excited by the project — one even said he'll likely require students to play it for themselves once it's released — they all also agreed that nothing can replace the experience of reading the book.

"It is extremely important to stress the textuality of Ulysses when one reads it for the first or the hundredth time," Dobbins said. "It is, most of all, a written and printed book, and this should not be taken lightly.

"There is so much about Ulysses that depends upon the fact that it is a published novel that is to be read before anything else — typography is important to the meaning of the plot, there are any number of details important to the form of the novel that are only meaningful because they are to be considered through the materiality of the printed page."

Kidney says his reading and understanding of the book, in particular its "almost impenetrable" first three chapters, was guided by the work of scholars.

"Getting the classics into the hands of readers, no matter how that happens, is a good thing."

Ulysses presumes that readers have a level of education and knowledge about such a vast array of ideas and written works, that having a literary guide is almost required. That Kidney's project uses virtual reality means that readers can consume the book in a way that blends the annotations and the original work into a single experience. The approach, if it succeeds, could be the start of another type of literary scholarship.

But for now, Kidney writes that he hopes he'll be able to slowly build out all of this single work.

"This will be a prototype version for a larger project, with future versions exploring the experience of the book's very own Leopold Bloom," he wrote. "A fun experience, a next-gen ebook and an educational tool exploring the meanings hidden within the language of James Joyce's masterpiece — In Ulysses will be a new way of reading Joyce's work. "

That technology is being used to examine and perhaps shape Ulysses' understanding, isn't that surprising. After all, Hess points out, there was a time when books were considered technology.

"I think that publishers have to respond to the needs of their audience," Hess said. "I'm not a fan of ebooks, in general, but I don't think they are going to destroy the novel. Instant coffee didn't replace brewed coffee. Microwaves didn't destroy ovens. Recorded books made it possible for the visually impaired and the very busy to experience literature. Getting the classics into the hands of readers, no matter how that happens, is a good thing."