Games, stay away from art. Please

Share All sharing options for: Games, stay away from art. Please 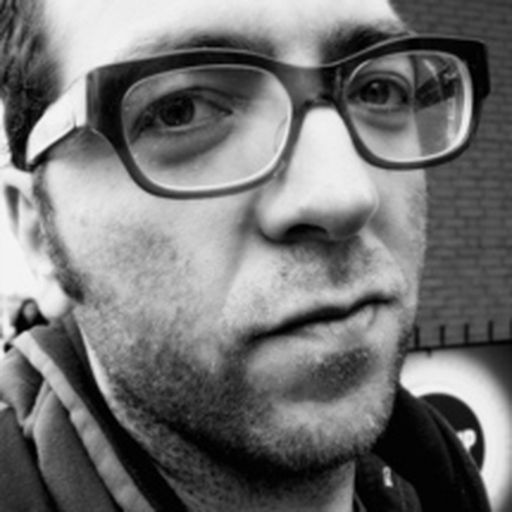 Games and art. Art and games.

Do you feel your eyes rolling involuntarily to the back of your head? In the insider world of designers, critics and gamers we have long grown weary of this particular debate. But outside our closed circles, people still find it a surprisingly intriguing question.

It's a common conversation about the wrong thing. Here are five (sometimes contradictory) reasons why asking whether games are art is simply the wrong question. Each one should be enough to end the conversation before it starts. Treat each one as a nail in the coffin of this particular "debate."

Art is not just pretty pictures on a wall. The 20th century firmly established that art can be just about anything. A full century ago, Marcel Duchamp put a toilet in a museum as a readymade sculpture. From surrealist language games to Piero Mazoni's shit in a can to Chris Burden's performance of shooting himself with a gun – you can find it all in art history textbooks.

Wondering if games are art is is like your grumpy grandparent saying "That rock and roll noise isn’t music!" It’s just old-fashioned. Anything can be, and has been, considered art. Games can be too.

2. Art is not about the art object.

Asking if games can be art implies that the question can only be answered by looking at games themselves. As if art is a question of quality. As soon as we have more sophisticated games, then they finally will be art!

But what makes something art is not the object itself. You can’t split the atom of a Picasso and find an essential art particle inside. Much contemporary art is about appropriation and recontextualization — putting advertising on a canvas, or a commercial product in a gallery. It’s not about the object in and of itself.

What makes something art are the social structures that surround it. Art becomes art when it participates in the practices of art. Who made it, and why? What kind of organization is funding or exhibiting it? Where is it being presented and experienced? How is it being represented in the press, in media, in scholarship? Who is trying to call it art and why? That’s the point of Duchamp’s readymade toilet sculpture: the museum transforms the everyday object into art.

Think about it this way: the word "game" is an incredibly general term, encompassing vastly different phenomena – like the word "image." You wouldn’t ask: Are images art? Some are, some aren’t – it just depends. Demanding whether or not games as a whole can be art — seeking the essential nugget of art in the object itself – is a naïve way to understand what art is.

3. Art should not be an aspirational category.

The question of whether games are art implies that art is a valued and important category – the exclusive club that every cultural producer desperately wants to enter. That makes games the nerdy kid at the front entrance, held back by the velvet rope from getting inside with the all of the beautiful people.

But what’s happening outside is much more interesting. "Art" is no longer the highest classification by which all culture should be valued.

We are living in an era where – to give one example – design as a category has far more cultural juice than art. Games should not aspire to be art! That’s backwards. Art should aspire to have the cultural reach and relevance of games.

4. Games are not masterpieces of meaning

The notion that games must aspire to be art implies that we are all just waiting for that one brilliant masterpiece to finally convince everyone once and for all that games are worthwhile.

But the concept of a "masterpiece" is based on the notion of a genius artist communicating an important idea to an audience through the medium of art. In other words, art is there for the pure transmission of thought. This is what game designer Frank Lantz derisively calls the "message model of meaning."

Games perhaps are something else entirely. Games are less of something created than something explored, manipulated, or inhabited. They are less musical composition and more musical instrument – to be played, by players.

Games are less a work of literature and more of a kind of grammar – a set of possibilities that create meaning as they are mixed and matched, used and misused through play. Games may never look like art as we know it because they are simply different than the masterpiece model of the work of fine art.

5. Enshrining something as art is death.

We should only look forward to games becoming art when we really are sick of them and culture has already moved on. Once games are just another department in the academy, just another section in the newspaper, just another kind of festival or marketplace or catalog then they no longer have the disruptive power that makes them so special.

Art is the name for establishment culture – works that have ceased to challenge and offend.

Rather than trying to figure out how games can become more like art, we should do the opposite. We should be desperately trying to rescue them from becoming art, delaying their installment into the hallowed halls of art.

If we love games, let us do everything possible from entombing them in that final resting place, that cemetery of dead culture that we call art.

Obsession with the question "are games art?" is a form of cultural necrophilia. Just stop it. Let’s play some games instead.

Update: After viewing the debate this article has raised, I wanted to clarify my intentions. First of all, I’m not at all against art. Art has been a meaningful part of my entire life and continues to be so today. I believe that fine art (in the most traditional and untraditional senses) is incredibly important for a host of reasons.

What I am against is what often happens in game circles — the slavish pursuit of romantic and misguided notions of art. This opinion piece is meant as a corrective (or as a playfully bombastic overcorrection) to those attitudes. My main point here is to defend games as a valid form of culture on its own that doesn’t have to walk in the shadow of "art."

The title for this article could have been Five reasons why "Are games art?" is the wrong question to ask. My point is to bury that query we’re all so tired of hearing - so that we can instead engage with deeper issues around games, art and their role in culture at large.

As designer Zach Gage put it in his comment below: "Eric’s] broader point is that there are way more interesting questions to be asked, questions that can’t be answered by listicles, and maybe we should move on to those."

Eric Zimmerman is an independent game designer and an Arts Professor at the NYU Game Center. He has worked in the game industry for more than 20 years. Special thanks to the Goethe Institute in Krakow, Poland for hosting the original version of the talk.