The Sims 4 is content to give you just enough, and not a bit more

The things that The Sims 4 does right — and there are a lot of them — are sharply contrasted by the things which it does not do at all.

In a lot of ways, it's the most accessible and streamlined Sims game ever made. Its tools have been polished and revamped, and are a delight to mess around with. Every rough edge of the Create-a-Sim process has been buffed out, making it a surprisingly addictive stand-alone activity. Building and decorating houses is almost completely friction-free and immensely pleasurable. Your every creation can be shared with an online audience, who in turn can design entire buildings for you to admire and manifest in your in-game neighborhood.

In The Sims 4, the act of creation is truly a wondrous thing — unfortunately, living the lives you create isn't quite as satisfying.

The Sims 4 makes a great first impression. The new Create-a-Sim tools compose one of the best character creation systems I've ever used. There's no submenus to root through, and nearly no inscrutable sliders to fiddle with; the system's been made fully holistic, allowing you to click, drag and manually tweak nearly every aspect of a Sim's physical form. I spent nearly two hours with Create-a-Sim alone, sculpting eerily accurate depictions of my friends in a quarter of the time it took to mold them in past installments, and plopping them into my neighborhood.

There's more direction than ever for your Sims to follow as they develop. Every Sim has an Aspiration, a guiding lifelong goal with numerous "milestone" objectives for them to slowly complete. You're given a constant supply of Whims to fulfill, tasking you with doing certain interactions as dictated by your Sims' traits and emotions. There's a ton of objective-based design — even parties have a list of tasks required for the event to be considered successful.

Careers also carry their own progression requirements, and can branch off in some occasionally entertaining ways — programmers, for example, can become eSports professionals who livestream to earn money. Careers have a measurable impact on your daily life, unlocking new interactions and household items as you earn promotions.

Of course, the most important objective in The Sims 4 is to scale the socioeconomic ladder. The process of building and expanding your estate, then filling it with increasingly shiny appliances, never stops being an alluring carrot-on-a-stick. The Blueprint option from The Sims 3 has been bolstered, giving you an option to add lovingly decorated rooms to your house in just a few clicks. It's never been this easy to make a place you can be proud of.

It's never been this easy to make a place you can be proud of.

Perhaps the game's best innovation is the Gallery, which allows you to grab Sims, rooms and entire lots from an online, user-generated catalog. The list is equipped with heuristics for house size, property value, number of bedrooms and bathrooms, and so on. Within a few hours of launch, the Gallery was filled with intricately detailed bathrooms, city parks, residential ziggurats and a couple recreations of the starship Enterprise.

The Sims 4 also completely changes how you track your Sims' well-being with the new Emotions system. Instead of carrying around a Mood meter that fills and empties in response to positive and negative statuses, your Sims will move between emotional states — like "Fine," "Happy," "Flirty," "Uncomfortable," and so on — based on certain stimuli. Needs are back, but rather than reducing your mood when neglecting your Hunger or Bladder meters, you'll simply become Uncomfortable (or Embarrassed, if you accidentally soil yourself).

The system actually works really well, and turns learning how to engage and avoid certain emotions into something of a game itself. There are countless triggers: When everyone forgets your birthday, you become Sad, when someone rebukes your pick-up line, you become Embarrassed, and so on. Your emotional state has wide-reaching implications on the rest of the game, unlocking unique interactions, altering work performance and augmenting your skill progression, to name a few. 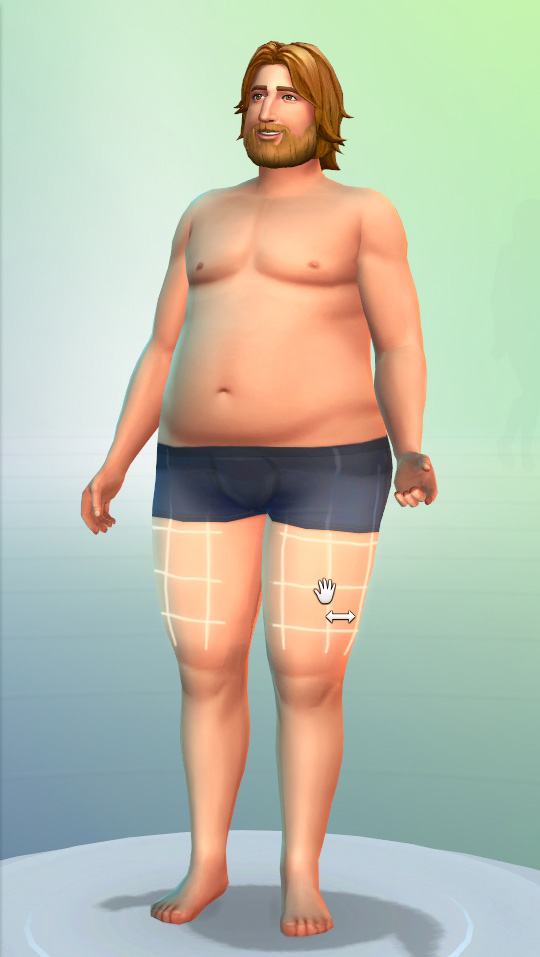 Emotions add yet another plate to spin on top of the series' already daunting pile; but fortunately, The Sims 4 allows you to multitask several actions at a time, within reason. If your Hunger and Social needs are bottoming out simultaneously, don't sweat it — you can now eat a meal while conversing with a friend nearby. You can up your culinary skills and boost your Fun meter by watching a cooking show and playing games on your smartphone. Multitasking is a necessary, extremely welcome addition, one that will make returning to previous Sims games all the more difficult.

For the most part, the new mechanics of The Sims 4 are brilliant. But while the way the game works has been fortified from the ground up with countless additions, there's a litany of omissions and letdowns on the micro and macro levels.

The Sims 4's take on neighborhoods and the world at large is by far its biggest shortcoming. The plots in each of the game's two inhabitable regions are, for lack of a better term, compartmentalized. To go anywhere in The Sims 4 — even to the house adjacent to the one you're currently at — requires a loading screen, each of which lasted about 20 seconds on my PC. It's not just that the load times became a massive annoyance, one that made me want to stop traveling altogether; it's that the world of The Sims 4 doesn't feel like a world at all.

In The Sims 3, your neighborhood had continuity, letting you wander, explore and discover. What was essentially an open world in the series' last installment has simply become a storage unit for your Sims. Plots can be customized, letting you change a spot from a residence to a park, museum, nightclub and so on; but it doesn't really make the proposition of travel any more inviting.

Progressing through a career is enjoyable enough, but the "work" itself is a snore; your Sim simply walks out of the house and vanishes into thin air for the duration of their shift. You can dictate how hard they'll work, and sometimes you'll have to make a key workplace decision for them while they're gone, but it's all telling, no showing.

The Gallery is a wonderful source of inspiration, but it could have been so much more if it weren't for a few key design features left out of The Sims 4. The first is the previous game's Create-a-Style mechanic, which allowed players to adjust the colors and textures of nearly every aspect of their houses. Also, there's no terrain modification tools; every plot in the game is as flat as an Oklahoma cornfield.

Even the actual content of the game feels like a step backward from the basic, vanilla version of the franchise's last core installment.

Pools aren't in the game at launch, which hampers the architectural potential of your imaginary super-palace. Toddlers aren't in yet, which mostly makes for an amusing, instantaneous age transition from "wailing poop machine" to "human being who can play the violin." The list of missing stuff ranges from the nitpicky (there's no dishwashers, bikes or cars) to the severe (there's no grocers, bookstores or other shopping centers, anywhere).

There's a more intangible feeling of randomness and excitement that's missing, too. My house was never, ever burglarized, which is fortunate, because I don't think my town has police (or firefighters, for that matter). Nothing especially silly or unexpected befell my virtual family. I enjoyed watching them develop and change, but for the most part, their days came, went and felt completely indistinguishable.

Maybe the most appalling absence is that nothing happens in the world when you're not looking. My neighbors — whom, remember, I modeled after my real-life friends — all got old and died before I did. They didn't get married, have children, start careers or really do anything of note. They just vanished, leaving no successors behind, turning my neighborhood into an abandoned ghost town.

You can disable aging, both in your played households and the entire world; I recommend you do, unless you want to experience that same kind of extinction-level event.

There are, of course, bugs in the woodworks holding the new systems up. Character pathing is particularly bad; nearly every time my Sims sit at a table to chat, they'll stand up and switch seats with each new conversation topic. There's the odd clipping problem, the occasionally inexplicable behavior and nonsensical environmental response — my Sim's Fun meter once went through the roof as he watched his kitchen burn to the ground.

The Sims 4 is content to give you just enough, and not a bit more

So much of the effort that went into The Sims 4 — and don't misunderstand, there was a lot of effort — went into improving the tools and mechanics of the game. In that regard, Maxis succeeded; there's no doubt about that. The game-level stuff, the creation and control, is top-notch. But ultimately, it feels like a well-made box, only partially filled and primed for expansion.

It's not that The Sims 4 doesn't give you enough to do — it's that it gives you just enough to do, and not a single ounce more. In one in-game lifetime, I felt like I'd seen everything there was to offer, killing any desire I had to start over. Even in virtual worlds, variety is the spice of life. The Sims 4, for all its polish and cleverness, simply isn't very spicy.

The Sims 4 was reviewed using a retail download code provided by EA. You can find additional information about Polygon's ethics policy here.