How to keep your child from becoming a victim, or a monster, online

Share All sharing options for: How to keep your child from becoming a victim, or a monster, online 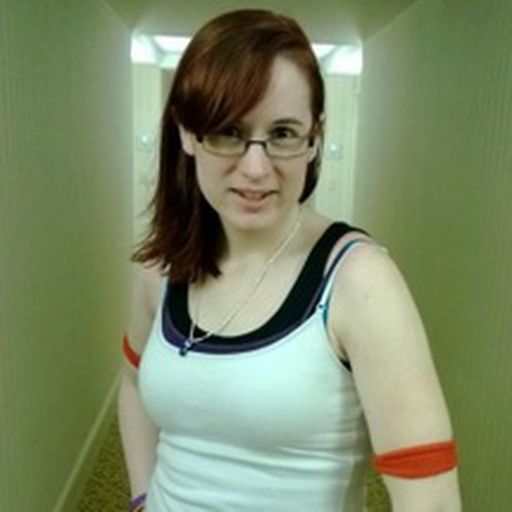 As a parent we always doubt ourselves.

Is my child fast enough, strong enough and smart enough? Does my son read enough? Does my daughter get exposed to enough empowering influences? Will I be a disappointment to them? Those are the hardships of all parents, but now we also get to worry about video games and social media. If every generation of parents has new challenges, these issues are a large part of what we must deal with as we raise our children.

Online harassment has become more of a problem than ever, and the services involved have been doing little to nothing to stop it.

I've been forced to do a quick double-take on my parenting. My son loves games, and has had some guest spots on RunButton’s ‘Let’s Play 30 years of Mario’ series, helping out with Mario Paint and some Mario preschool games.

Doing so has introduced him to watching videos and Let's Plays of other young kids playing games like Minecraft with their families, as he does with my boyfriend in this series. We've taken every step to ensure his safety and privacy, at least as much as is reasonably possible given that his mother is a journalist, but the internet is terrifyingly all-knowing and seeing.

His father and I have come to an understanding on the following: We can try to shield him as much as possible, or we can start teaching him early about the beast that is the internet. We've selected the latter so far. Knowing how to protect yourself online is quickly becoming  mandatory, and part of that is making sure your children know how to treat others online.

Not victims, not abusers

What I hadn't really considered until recently, and am currently overwhelmed by, is the possibility that he could become the kind of person that others fear. What if he becomes the kind of gamer who belittles, trolls, disrespects or outright harasses other gamers?

I spoke with Mark Kline, PsyD. Clinical Director of The Human Relations Service, Inc., a non-profit community mental health center in Wellesley, MA, and Vice-Chair of Takethis.org. [Disclosure: Takethis.org was cofounded by Russ Pitts, a founding editor and former employee of this site.] He was able to speak to my concerns as a parent, and I think much of his guidance would be helpful to other parents as well, or anyone who works closely with children.

As parents and friends, we never want to consider that someone we love may be capable of willfully and anonymously inflicting violence. Dr. Kline suggested steps we can take to help guide our children in the right direction, and to make sure they see people on the other side of their online interactions, instead of targets.

Play games with them, and pay attention to what they play.

"Play games with your children and model appropriate responses to success, failure, frustration. This will allow opportunities for feedback when they handle something badly, discussion which can help them remember to be respectful, collaborative, and polite when working with others and expressing their opinions," Dr. Kline said.

"Learning to be a good teammate in this way has tremendous value both within and outside gaming."

Keep an eye on frustration.

If you’ve ever watched your child rage-quit, throw an electronic device or express extreme frustration with themself or a teammate in person or online, the first thing to remember according to Dr. Kline is that children are childish.

Childish behavior comes with the territory, and tantrums are not a warning sign on their own. The best thing a parent can do with a young child who is displaying disproportionate levels of frustration or anger, is to encourage them to take a minute away. This may be an opportune moment to sit down with your child and ask them to teach you how to play, ask if you can be of help or if you can help look up a Let's Play or guide.

If subtle and guided redirection fails, then moving on to discipline and restriction can be a good way to show your child that tantrums aren’t part of having fun, and that anger and frustration have their limits.

Dr. Kline did state that if parents are struggling with these behaviors for several weeks, months or even years, that each parent should trust their instincts and consider whether it would be appropriate to seek support for their child or family from a licensed therapist, pediatrician or similar professional. Namely, if your child behaves in a way that is harmful to themself, others in the household, or that causes fear, these are things that parents should be wary of.

For most parents however, guiding behavior when your child is frustrated and modeling positive ways to deal with failure in games will go a long way. These are skills that will let them deal positively with hardship in all aspects of their life, not just games.

Show and discuss the impact of online bullying

This suggestion is clearly one which can be a difficult option to consider, and is geared towards older children.

Exposing your child in a one-on-one setting to a mild example of bullying online can be a strong way to show them how anonymous words can hurt, and even strike fear. Use this as a way to show your child how to use reporting and flagging systems, teach them the terms of service on their favorite sites, and what happens if those TOS are violated.

Were all of those people raised to hurt others?

Even going so far as to discuss the legal ramifications of online harassment, bullying etc. with a member of your local police department can help a child understand that internet anonymity is really not quite so.

The lesson is that these messages and organized harassment technique hurt people, and to understand the cost of hurting others.

Why this is important

I work every day to teach my son tolerance and respect, and to help him understand how to deal with circumstances where others don't show him or practice those same principles. But with the sheer volume of people responding to the ever evolving issues in gaming, one has to consider that all those anonymous users were raised by real life parents. They may have children themselves.

Were all of those people actively raised to hurt others? Common sense would lead me to believe that they probably weren't. Dr. Kline helped me understand that it's more likely is that they suffered some form of hurt in their own lives that makes it harder to connect with others, leading to a decreased ability to empathize with others.

Teaching children through elementary school and beyond what it is to have a healthy disagreement and respectfully differ in opinions will carry on into practiced behaviors in middle school. Raising them to understand the healthy ways to deal with frustration, and to see the human cost of online harassment is a powerful weapon to cease the behavior before it starts.

Most importantly, Dr. Kline advises parents to teach empathy and caring. When these children reach high school and become hormone driven teens, they will have been deliberately shown how to respect others and themselves online, and with any luck they’ll remember what we’ve taught them.

Nicole Tompkins-Hughes is a geeky parent working as a paralegal and waitress while moonlighting as a freelance journalist and a Polygon moderator. More of her work can be found at Gameskinny and Pixelkin.org