Some of gaming's greatest heroes are mentally ill, and that's a great thing

Share All sharing options for: Some of gaming's greatest heroes are mentally ill, and that's a great thing 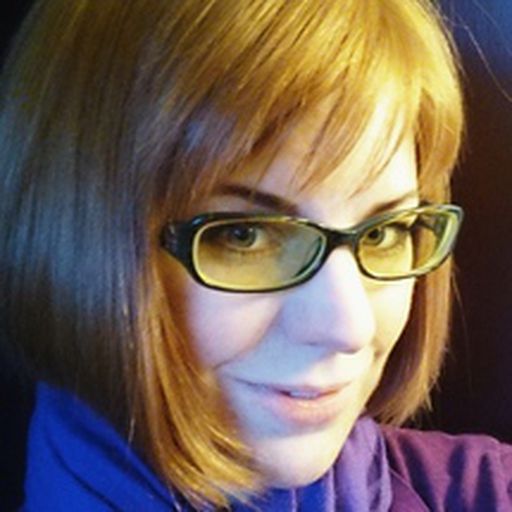 The stereotype of the "hardcore" gamer and the stereotype of a mentally ill person sometimes merge into the same creature. Gamers are sometimes generalized as pasty, troubled and socially-isolated. We like to dismiss many forms of uncomfortable behavior as being "insane" or "crazy."

This stigma is a large reason that some people don't seek mental health treatment. Stigma makes it harder for people with mental illnesses to get jobs, rent apartments and make friends. Stigma is the reason that I originally wasn't going to talk about my own past struggles with PTSD.

The key to reducing that sense of shame for the 20 percent of people who face a mental health issue every year is to make various mental health concerns better understood and less scary. Our pop culture can go a long way towards that goal.

Our general response to mental health in gaming has been the definition of insanity: doing the same thing over and over and expecting a different result. We keep focusing on negatives, and that increases the stigma. Games should, and do, show mentally ill people as heroes and villains and everything in between.

Alice explores the struggle against self-loathing, guilt and fear

American McGee's Alice is a dark metaphor for grief and survivor's guilt. This highly influential re-imagining of Wonderland focuses on overcoming madness through courage ... courage of the violent kind, yes, but courage nonetheless.

Alice explores the struggle against self-loathing, guilt and fear, and it makes a mentally ill young woman the heroine of a story. It externalizes the battle against mental illness and shows a young woman fighting back for control of her own mind.

Eternal Darkness: Sanity's Requiem does similar things with Alexandra Roivas, although Lovecraftian horror really has no anchor in the real world — "Cthulhu" isn't a recognized psychological condition, and the game uses brushes with supernatural events and characters as an excuse to dabble in mental illness, even introducing the so-called "insanity effects."

Tim Schafer's Psychonauts is also clearly surrealist, but it deals with very real themes of childhood abuse and phobias. The way it knits Raz's fear of water and unstable mental health into the game’s mechanics makes them relevant to the player, and relevance is big in the fight against stigma.

This relevance gives people a reason to care, instead of rejecting a "soap box" or an "agenda."  Relating to a person with psychological challenges because it helps you complete the game encourages empathy. You understand why it matters to that individual, even if they’re fictional, and it matters to you because you want to complete the game. Suddenly, you and the character are in it together, and that's a powerful feeling.

It’s one thing to say "we shouldn’t judge the mentally ill" and it's another thing to get a glimpse of what it’s like to struggle with mental illness. Video games can give us these experiences in ways film and TV can’t, as film and TV can't deliver mechanics that make these extra challenges and limitations matter to our own experience.  When gameplay and a social issue work well together, a lot of players don’t even see the social message. The empathy becomes a natural extension of play.

Relevance is big in the fight against stigma

Players absorb this understanding because they’re not working to actively reject the "preaching."  They’re just playing.  But when they meet a person with an anxiety condition in real life, that absorbed empathy may inform their response.

Two Skylanders characters also have phobias: Ermit has nephophobia (a fear of clouds) and Hugo has ovinaphobia (a fear of sheep). In this way, Skylanders is sensitizing the next generation of gamers.  Ermit and Hugo are seen as cute and funny, not strange and scary, which gives kids a more sympathetic baseline for dealing with both their own fears, and for  people who are facing other challenges in the real world. Being scared becomes an obstacle to overcome, not something as overpowers the characters.

This use of phobias steers kids away from the tendency to place power over kinship, because Skylanders presents people with phobias as helpers. Even the Skylanders’ villain, Kaos, is the bad guy because he had a lonely, isolated childhood.

A battle with many fronts

Many current gamers are already highly compassionate people. The positive reception of the game Papo & Yo proves this. Papo & Yo takes the player on a metaphorical journey of a boy who must let go of the idea that he can save his father from addiction.

The New York Times called the game "a new and altogether different standard in gaming."  Some reviewers didn’t know what to make of the game, but Papo & Yo received much attention in non-gaming publications, including being named one of Time Magazine’s top ten games of 2012.

Unlike other games mentioned here, Papo & Yo deliberately avoids a traditional video game victory arc. The game's protagonist learns who they can and can't save, and creating the game helped its designer deal with a history of abuse in his family. The game was even given a positive review by the Journal of the American Academy of Child and Adolescent Psychiatry.

The Gears of War franchise, ironically enough, also does well in this area. In moments of emotional vulnerability, the game has muscled manly guys ask other muscled manly guys if they're okay. If you get shot in the face in Gears, you're expected to walk it off, but if you're sad or overwhelmed, that's okay. Many men operate under the false impression that being dead is preferable to appearing weak, so showing tough guys reaching out in this way is important.

Critical scenes like this include Marcus’ Fenix’s reaction when Dom discovers his wife is dead in Gears of War 2.  Dom is incredibly emotionally vulnerable. He’s racked with guilt over his wife’s death, and he’s apologizing for both his lack of omnipotence and his loss of emotional control.  "It's OK," Marcus responds.  The implication is that it's OK to feel. His emotional reaction isn't something to be ashamed of.

Another twist on this phenomenon is God of War. Kratos' story begins with him attempting suicide in a moment of despair. Kratos is a soldier with PTSD. He's brave, strong, and ruthless, but he's also in very deep pain.

The God of War games gave me a set of metaphors that I used to crawl my way out from underneath my own battle with trauma. I started playing those games before I suffered PTSD, but they took on an entirely new dimension for me after two years of living through constant threat and conflict because of a stalker.

Another game I connected to in that way is The Last of Us. Joel learns to connect with other human beings after a deeply personal loss, while Ellie is a gloriously nuanced teen survivor. She's lost loved ones, is kidnapped and is almost sexually assaulted. Too often, sexual assault survivors disappear from narratives without resolving their stories. They're plot devices as opposed to fully-developed characters.

Ellie is not a cliched damsel in distress, so we see her struggle with feelings of guilt and worthlessness. When she hits the point where she believes she's of more use dead than alive, Joel will not let her succumb to the lack of hope. Suicidal people feel like burdens, and The Last of Us sends a message against that urge to sacrifice your own life for what you think is the greater good.

And while all this is going on, there's Bill, a contact of Joel's who is deeply paranoid and possibly delusional. But he's also a great mechanic, a skilled survivalist, and a gay man. Many mentally ill characters are deprived of any sexuality unless it's inherently deviant. Bill's sexual orientation just is, and this allows him to be a person instead of a stereotype. These are people with pasts that make sense, and aspects of their lives that help provide context to the game without overwhelming their basic humanity.

We might be gaining a role model for mental health

These examples of nuanced characters may soon have company with the next installment in the Tomb Raider franchise, since Rise of the Tomb Raider's preview footage shows Lara Croft in therapy. This is a big moment in gaming, because Lara's previous incarnation as a Byronic heroine would not have submitted to psychotherapy. Byronic heroes are, by definition, self-destructive rebels against authority and social institutions.

So we might be losing one of our few iconic Byronic heroines, but we might also be gaining a role model for mental health. I'll keep my fingers crossed that Lara uses therapy to find her authentic self, and not reject it as a failed experiment. It would be nice to see the paradigm shift from whether or not someone needs therapy to whether someone can benefit from therapy.

Mental health dialogue will benefit from a reduction of stereotypes and an increase in empathy. "Just cheer up" doesn't work. "I understand and I'm here for you" works. Video games can be powerful road maps for overcoming adversity and balancing vulnerability with strength. For the mentally ill, their caregivers,  and those just trying to understand, video games can also add to a common language of compassion without a sacrifice of privacy, personhood or autonomy.

Liana Kerzner is a media personality, pop-culture critic and anti-stigma advocate. She is the weekly geek contributor to Canada's Top 20 Countdown. She works with Youth Centers Canada on initiatives to combat bullying that incorporate video games into the discussion, and runs her own anti-stigma organization which organizes events in support of high-stigma conditions.