We don't need a new version of Final Fantasy 7

Share All sharing options for: We don't need a new version of Final Fantasy 7 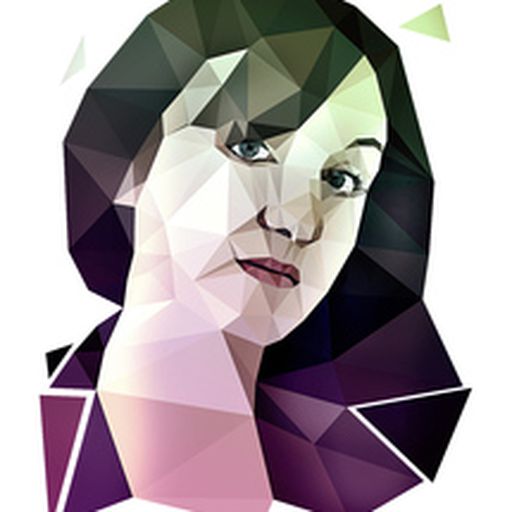 "A Final Fantasy 7 HD remake will save the series" is a phrase I am tired of hearing.

I am a Final Fantasy fan. Every fiber of my being gets excited when I read Final Fantasy 15 news. I have dedicated an inordinate amount of space in my brain to franchise trivia and I've sacrificed precious days to complete quests in games I didn't even really like that much. I'm looking at you, Final Fantasy 12.

Square Enix seems to be very fond of upgraded remakes, as evidenced by its treatment of the Kingdom Hearts series leading up Kingdom Hearts 3, and the company hasn't been shy about re-releasing some of the older Final Fantasy titles for new platforms.

Another Final Fantasy 7, while an excellent game, will not "save the franchise." Nor, despite what I feel is an inordinate amount of fan outcry and the internet drama surrounding it, do I think it is a good idea.

"But Final Fantasy 7 is one of the best Final Fantasies of all time and also got a load of spin-offs and prequels and sequels and anime and stuff because it was so good. So if Square does an HD remake it will make them buckets of cash and will save the franchise!"

Yes, I've heard these arguments, and I'm kind of sick of it.

I agree that an HD remake would bring in a sizable chunk of cash for Square Enix. But just because a game got a handful of other games and media doesn't necessarily mean it is the Best Thing Ever. It means that Square Enix, like any smart business, sought to capitalize on players' nostalgia and flood the market with FF7 goodies.

They should be congratulated for making "fetch" happen.

Very little of this content was good, by the way. The flood of FF7 media has only served to cheapen the 1997 PSOne original. The mobile prequel game Before Crisis: Final Fantasy 7 was never released outside of Japan. We didn't miss much.

The 2005 Final Fantasy 7: Advent Children movie sat well with fans, but felt like something out of an adolescent girl's fanfiction. Sephiroth's menace was watered down by serving up his clones, three hot men in leather on motorcycles that cried a lot about their mom. The short Last Order anime retold events shown in Final Fantasy 7 that occurred before the start of the plot. You rarely hear anyone talk about the Advent Children-related short stories called "On the Way to a Smile."

Dirge of Cerberus: Final Fantasy 7, which came out in 2006, is a game focused entirely on Vincent, the brooding and enigmatic half-man, half-monster that was actually pretty badass until the world decided they liked brooding Cloud Strife better. So then Vincent got the brooding treatment with an angsty game about his troubled past and more recent exploits with another ragtag band of emotional villains. It was also a third-person shooter that was widely panned.

After a load of not-so-great stuff, it makes the original feel less special.

And then there's Crisis Core: Final Fantasy 7. Zack Fair Simulator. The game was about Zack, the cooler version of Cloud, doing his thing and behaving like the most perfect upstanding gentleman while hitting things with a giant sword and doing squats.

The most recent foray into the Final fantasy 7 universe is a mobile motorcycle racing game, Final Fantasy 7 G-Bike. There's your HD remake, albeit an extended version of that one chase scene.

Final Fantasy lovers around me speak fondly of Crisis Core and I personally feel it's the best spin-off game to come out of the whole Final Fantasy 7 endeavor. Crisis Core came out for PSP and, if we're talking about audience exposure, a version of that game on consoles would be a better use of Square's time than an FF7 HD overhaul.

Yes, Final Fantasy 7 was great. But after a load of not-so-great stuff, it makes the original feel less special, less magical. Why get upset over Aerith's death when you know her ghost is going to be helping you take down Bahamut in the sequel movie? Some properties do some powerful world-building with spin-offs and additions. Final Fantasy 7 is not one of them.

"But a remake for a newer platform would finally give me the chance to play!"

This is a factually incorrect statement, because you have every chance in the world right now to try Final Fantasy 7. It's currently on Steam for $12. If you have an original PlayStation or a backwards-compatible PlayStation 2 or 3, you can purchase a copy off eBay for as little as $6. And for $9.99, you can get it off the PlayStation Store for PS3, PlayStation Portable and PlayStation Vita. There are too many easy ways to play Final Fantasy 7 right now.

"But I think it looks ugly."

Now you're just being a whinypants.

TOO MUCH OF A GOOD THING

The Final Fantasy audience is fickle. Let's just be honest with ourselves: we want everything and are satisfied with nothing. This happens with any long-standing franchise, there will be sparkling gems and some more lackluster ones, and everyone has their favorites. The fandom wants more of what it loves, and that's ... what? Is it more Cloud? We got Lightning, lady Cloud 2.0, instead.

We think we want a Final Fantasy 7 HD and we're confident that, given FF7's track record, it would undoubtedly be the thing Square Enix needs to bring in lapsed Final Fantasy fans. But another remake isn't what we need, nor it is something Square Enix likely wants to make. Games like the Dissidia fighting titles and Theatrhythm fuel the nostalgia itch in a powerful way without Square Enix having to carry another long-dormant game back into development.

Video games are a creative medium, and at this point I'm guessing Square is tapped out of Final Fantasy 7 ideas. Spending two or three years re-rendering the game for current consoles, adding voice acting, making sure the game integrates PlayStation 4 and Xbox One features ... That all sounds like a nightmare. A really time-consuming nightmare when they can be working on other new, fresher things — like Final Fantasy 15.

The Final Fantasy 15 trailer released during Tokyo Games Show this week looks gorgeous. And more importantly, it's different. When have we ever seen a bunch of normal-looking guys (with perfect hair, as always) just driving a car through open highway in a Final Fantasy game?

When Final Fantasy 15 was first announced as Versus 13, Square called it a "fantasy based on reality." Maybe this is what the series needs — something a little more grounded, a little more real-world familiar to bring back those that have long since cashed in the chips used to buy into the series' grand fantasies.

We need to stop beating a dead chocobo and get excited for the new stuff. It's 2014. The world has changed, tastes have changed, the Final Fantasy development team has changed. Even if they do launch a Final Fantasy 7 HD, it's not going to be the be-all-end-all for the series that many think it would be. We should be looking to Final Fantasy 15, which — after it's heinously long development time — Square itself has set up as a barometer for which the world will measure the state of the franchise.

This is what we should be talking about. But in the end, the Final Fantasy franchise doesn't "need" anything. Without a Final Fantasy 7 remake, and no matter how Final Fantasy 15 does, it's going to be just fine. It's time to let the dream die, and talk about anything else.