Big changes are on the way with 6.82, including a relocation for everyone's favorite respawning dragon.

Months after the Dota 2 International championship, developer Valve is finally bringing a massive balance patch to the game in response to player feedback and design tests over the course of 2014. Patch 6.82 brings a laundry list of changes, rebalancing, and shifts to the Dota 2 metagame, but the most immediately apparent will be the relocation of NPC dragon character Roshan on the map.

Per Valve, Roshan's "pit now looks out upon the river from another angle," and other areas around it have been retooled to provide new means of accessing it. 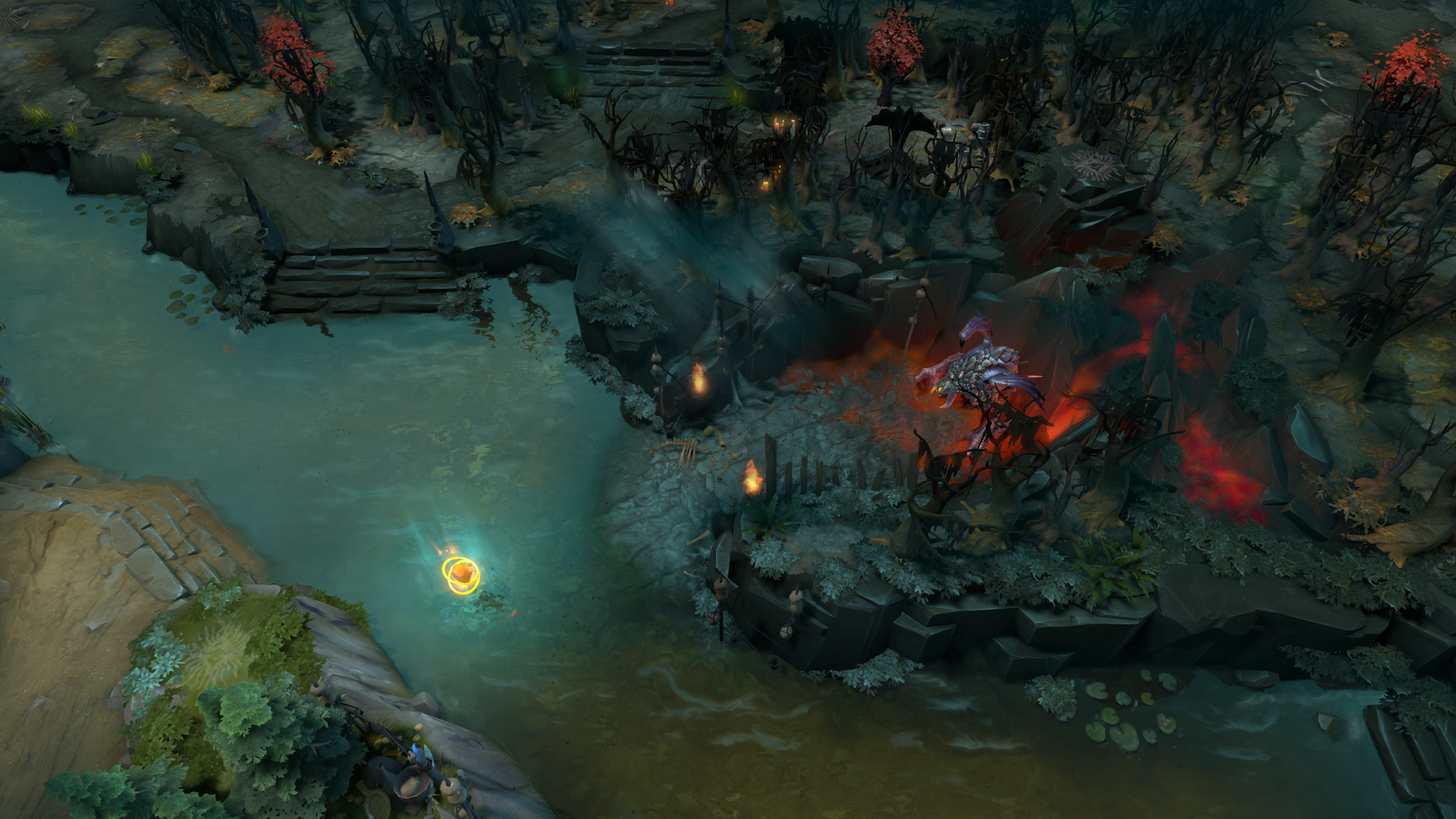 Other map changes include a raising of each teams starting "fountain zone," which is now set on high ground with a wide vision radius.

There are also major character changes afoot as well, as public match favorite character Bloodseeker is receiving several changes while also being removed from Captains Mode, the formal character-picking game structure used for competitive Dota 2 play. Meanwhile, characters Legion Commander and Terrorblade are both being re-added to Captains Mode after additional rebalancing.

Other major changes include the following:

You can find the full, lengthy list of changes at the official Dota 2 site.