Violence is how we get ahead

Share All sharing options for: Violence is how we get ahead 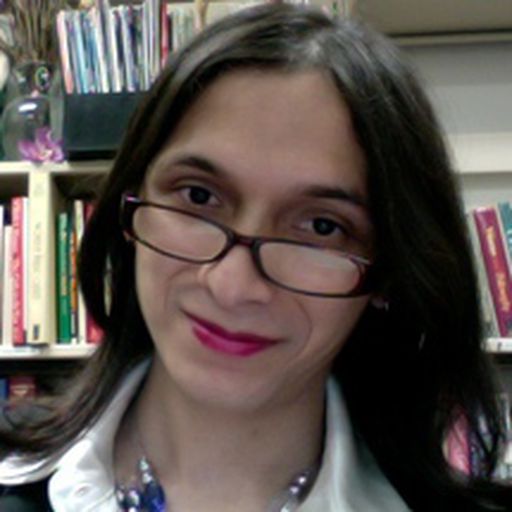 "You must have noticed," Jedi Master Zez-Kai Ell told my Exile in Knights of the Old Republic 2, "as you fought across all these planets, killing hundreds, only to become more and more powerful. Why do you think that was?"

This moment in the game was meant to be part of a climactic revelation about my character’s relationship to the Force, but my friends and I could never resist the temptation to jokingly yell ,"Because this is an RPG!" at the screen in reply.

We were in on the joke, after all. You kill hundreds to become more powerful because that’s what it means to game. The path to power exists on the bodies of nameless and often faceless enemies.

We game therefore we kill

"Violence" and "video games" are like an inseparable pair of dancers. They go together in almost every discussion — whether sympathetic, fan-based, or openly hostile — about gaming. With a few blessed exceptions sprinkled throughout the history of gaming, violence has become synonymous with video games because it has become their dominant idiom of progress.

What I mean by this is that violence is both symbolic of and the enactment of advancing your character — whether through the story, or up the ladder of statistical strength and experience, or both as is often the case. How do you make your character better? How do you advance the plot? You kill people.

This isn’t inherently a problem. It is, however, dramatically overdone and saturating our games to the point of foreclosing even the imagination of other possibilities.

Perhaps the best example of that foreclosure can be seen in the directionless fury of the mob that attacked former Bioware writer Jennifer Hepler for suggesting in an old interview that it might be nice if one could skip combat in RPGs as readily as one skipped dialogue in cutscenes.

The effluence of outrage that this caused was nothing short of staggering. Hepler’s words were seen as a direct attack, not on combat per se, but on gaming itself. She was accused of wanting to take the "game" part out of video games and reduce them to little more than 3D movies.

That was, of course, not what Hepler said, but the leap of logic made sense to so many people because violence has been the sum total of games’ content for so long that the association was hard to avoid.

Gaming is a tale told by an idiom

Let’s not castigate those like myself who’ve found hours of enjoyment in violent games, nor adopt the classic conservative argument about violent video games having a monkey-see-monkey-do relationship to violence. They obviously don’t. The issue is more complex.

The better argument has to do with why, for example, the climax of the otherwise brilliant Knights of the Old Republic 2 can essentially be reduced to mowing down hordes of Sith troopers for the better part of three hours.

The first and obvious answer to give is, aside from KotOR 2 being rushed to market, the fact that game design of this sort is easy. It’s easy to conceive and easy enough to execute. How does the player get points? Kill stuff. How do we make it challenging to get the player from point A to point B? Copy paste a few platoons of soldiers and some sniper nests along the path. How do we pad the length of the game? Put in more mobs.

Simon Parkin explored how guns became the mechanic of choice to express all of this, fostering a cosy relationship between gun manufacturers and the largest game publishers in the process in a 2013 investigative piece for Eurogamer.

"The gun's persistence and centrality in the video game is down to ... practical considerations," he writes, arguing that guns excel at "extending the player's reach into the television screen." One consequence of our devotion to this game mechanic is that we have created a lucrative market for weapon trademark licensing, providing arms manufacturers with advertising in bestselling titles.

This persists because we eat it up, and we’ve come to associate violence with the essence of what it means to game. The hyperbolic fury directed at Hepler makes this clear. Challenge, strategy, and a sense of accomplishment are the desiderata of gamers everywhere, and we’ve come to see combat as the ideal challenge.

Combat makes games hard, it makes plot advancement and character growth feel like well-earned rewards; nothing seems to beat the euphoria of slaying a really tough boss. After all, defeating Andross in Starfox 64, or taking down Magtheridon in World of Warcraft, for instance, are sensations I’ll never forget. Designers return to violence as primary means of interaction because it’s known and effective.

Yet this cannot be the only way to provide players with that tingly feeling. There are some obvious examples out there, especially in the world of indie gaming. Papers Please, Gone Home, and Braid all spring to mind as games that allowed you to progress without being particularly violent; that they were praised for their originality is not a coincidence.

We know in the physical world it’s more than possible to advance one’s self without violence.

But even AAA titles, like Funcom’s The Secret World show some willingness to think differently. While combat is still that MMO’s bread and butter, its investigation missions — which are redolent of old school adventure game puzzles and exercise every mental faculty while mostly eschewing violence — distinguish the game from its competitors. They also provide the most XP.

These are efforts that should be encouraged, if only because it allows us to tell new kinds of stories and develop new gameplay mechanics. We know all too well that in the physical world it’s more than possible to advance one’s self without violence. Indeed, we actively encourage it. Many of our favorite books and films tell compelling stories without making violent advancement the heart and soul of every scene.

But there’s another reason the over-saturation is a problem. The best novels about violence are able to get inside the head of what violence means. Whether it’s All Quiet on the Western Front or Natsuo Kirino’s Out, they give the reader a three dimensional look at violence that demystifies the heroic mythology around killing. Games can use these tactics without glamorizing violence — or advertising for arms dealers.

This is not to say that Halo should raise itself to the level of high literature, but that other games can do better than merely re-ploughing those well-worn furrows. Even where violence remains central, one can think up better ways of expressing it than what Braid’s Jonathan Blow derided as "hit these guys with the sword a few times and they'll just die."

Games can use these tactics without glamorizing violence

2013’s Remember Me tried, with rather limited success, to do just that and we would do well to keep experimenting. In addition to violence being the sine qua non of interactivity in gaming, it is often expressed through dull and repetitive mechanics — games that push those boundaries need to be encouraged, and certainly with more popular enthusiasm than, alas, met The Secret World.

Jennifer Hepler’s offhand suggestion had to do with the fact that much violence in roleplaying games commits what should be the ultimate sins for gamers: it was uninteresting, it wasn’t fun, it wasn’t well-designed. Our very idiom of progress, frankly, is a wasteful grind at best and cultural flotsam at worst.

We need a plurality of ways to win, a wider array of idioms that signify the advancement of our characters. And we’re going to have to find a way to deal with that truth without attacking people hoping to expand our medium.