Loot caves don't seem that fun to me.

The basics are simple. You find an area where you can farm enemies, you stand there for a while, and you kill everything you see. Every now and again you move in to pick up your loot. 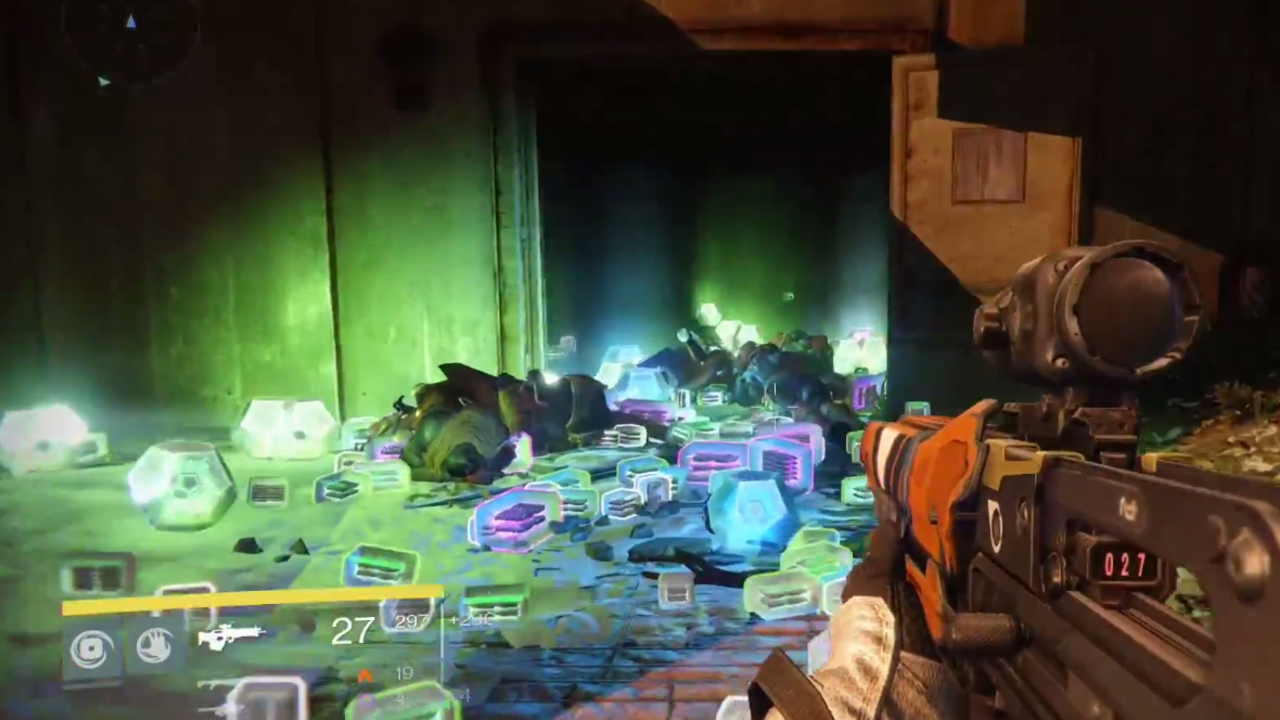 These so-called loot caves are big business for Destiny; I've already heard from a few players who have rushed to their consoles to take advantage of the latest one before it's patched out of the game. I only have to pull up our real-time traffic tools to see that readers are more interested in loot caves than damned near anything else going on in gaming right now.

It's strange behavior in a game that offers you so many ways to play. Why are players participating in an activity that doesn't seem fun? And why do so many people seem bitter in an amused way about their tolerance for this sort of grinding to get gear in the game, when they could be doing so many other things in the game that are more fun?

The problem is that players will act rationally when given the choice, and taking part in a low-effort behavior with a high chance of better-than-average loot drops is the rational way to spend your time.

If it's a choice between fun and rationality, a good amount of players will act rationally in order to advance the game in some way. In Destiny, post-level 20 players need gear to level up, so they're going to seek out the best way to get that gear, with the least amount of effort. The "best" way to play is no longer the most "fun" way to play.

I can relate. My evening sessions of Destiny used to be a few of each type of mission, and I knew I'd gain at least a level or two. Now that I've hit level 20 it's hard to know if I'll make any progress towards a new level, even by following the "rules" of these systems, and loot caves provide a way to feel like you're making concrete progress.

But I don't want to line up to shoot into one area, so the game remains unplayed. Leveling up beyond 20 has all but killed the game for me.

How do you respond to players enjoying the game?

Bungie has already given some thoughts on this whole thing.

"The social experience of a cave farming run is amazing: the herding to get a team of Guardians all behind the line and firing in the right direction, the rush to grab the loot, the scramble when the panic wave starts, the beckoning glow from inside the cave," Bungie said in a developer note. "The speed at which the community organized around this activity was inspiring and humbling to us.

"But shooting at a black hole for hours on end isn't our dream for how Destiny is played. Our hope is that social engagement in public spaces is only one part of the Destiny experience."

Players aren't having fun, but they feel like they're getting ahead, and that sense of satisfaction and progression is beating out how the game is designed to be played. All the complex systems and currencies and ranks are thrown out the window when these caves are active in favor of players lining up to shoot into a cave.

As a designer it has to be maddening, because it's a concrete example of a failure of the game's design. The way the game was made to be played is less satisfying to the player base than this joyless, but profitable, activity. Players are willing to give up fun in order to get ahead, and short of patching out these caves or fixing the entirety of the game's economy there's no way to stop them.

It's strange behavior in a game that offers you so many ways to play.

Players will exploit a game any way they can find, and this is the most efficient way to get the gear you need in Destiny. You can't fault the players for acting in this manner, but you do have to look at how the game is set up and question the reality of the loot system. Players are giving up fun for the grind, and removing the exploit won't fix the fact that the built-in advancement system feels so unsatisfying to the player base.

Every shot fired into a cave should be another reminder that these systems need to fixed, if not at least adjusted.