Super Smash Bros. for 3DS is kind of ruining my life (and my hands)

Share All sharing options for: Super Smash Bros. for 3DS is kind of ruining my life (and my hands)

How much do you love your hands?

It's a valid question, especially when a game like Super Smash Bros. is released for a mobile system. I'm playing on a 3DS XL, because I'm the sicko who has a collection of 3DS hardware and wants to pick the best tool for every job. I thought the larger size and easier access to buttons would make it more comfortable to play.

I don't have a basis for comparison with the smaller models. They may actually be harder on the hands, but after an hour or so with the biggest 3DS I could find every muscle aches in both of my hands.

Regardless, I've been tempted to tape myself up like a boxer in order to keep playing.

Super Smash Bros. mixes in just about every hook you could possibly imagine in order to keep your interest and enthusiasm at a maximum level. There has never been a time since I've begun playing the game that I felt like walking away, other than the breaks I've taken out of fear for my poor wrists.

Designed for sessions of any length

It's going to be interesting to play the Wii U version of the game, when we ever get a release date for that particular beast, because this experience feels so at home on a portable system — my ergonomic concerns aside. 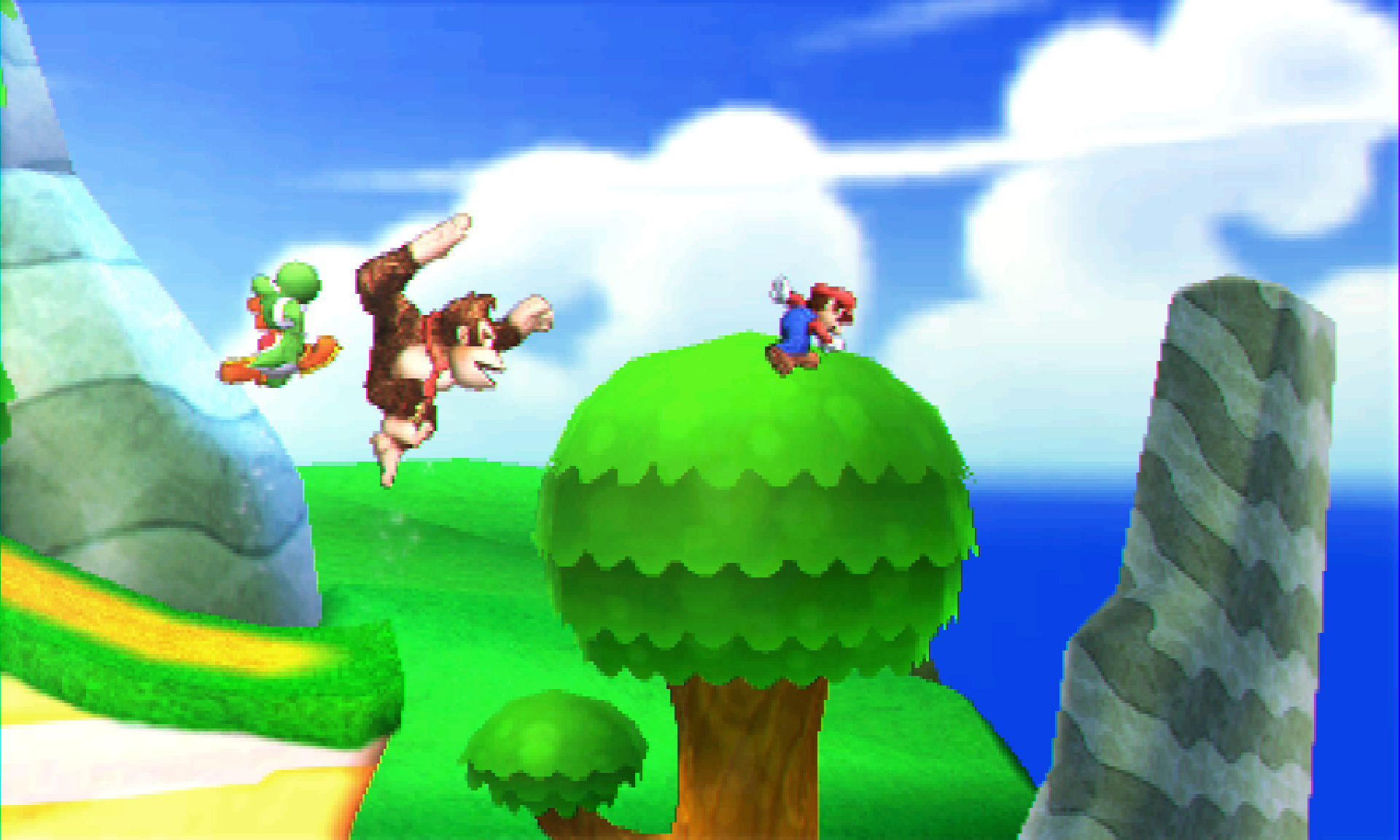 I was confused when I first began playing trying to find the plot in Smash Bros, the main story mode that could be used to unlock characters and get a feel for it. You know, the game! I couldn't seem to track it down inside the menus, and to be fair I didn't exactly know what I was looking for.

That's because there's no singular game mode or central conceit to Super Smash Bros., which is one of the most interesting and helpful things to remember when playing the game.

You can set up a quick match against other players, you can adjust the rules, you can create your own character with the Mii system and earn items to level them up, or you can play a sort of Angry Birds clone or hit a punching bag around or play through a quest where you can bet on the outcome or you can play online or...

You begin to see what I mean. Don't try to master any of it, just dive in and start feeling out what the game is. It's a fighting game that rewards exploration, and you'll be constantly collecting items, characters and levels as you play. Maintaining that momentum becomes something you think about throughout your day.

These modes are detailed in our review, but the important thing to remember is that there isn't one, singular and correct way to play. You can optimize your time if you're simply trying to unlock everything in the shortest possible time. But that's not fun. What's fun is keeping your 3DS on you at all times and knowing that every line you have to wait in, every cab ride, every flight, hotel stay and bathroom break is an excuse to bust out your 3DS and get a few matches in.

If something in game feels effortless, it was nearly impossible to pull off

It's a game that can expand or contract to fill the spare moments of your life, and it's so enjoyable that you find yourself widening those cracks in between activities. File a story? You've earned a few matches! Going to the store? Maybe sit in the car for a few minutes when you arrive and play one of the minigames. Ate a pile of nachos for lunch? You may have time later to adjust your player-created character.

If you're like me your hands are going to hurt through it all, but that won't get you to stop.

Super Smash Bros. on the 3DS is the perfect middle finger to anyone who ever argued that Nintendo needs to court mobile in order to be a success. It's the kind of game that's easy to play but offers an ocean of depth, and that depth is comfortable even when you're sinking. It's not a scary game, and you'll begin to pick up skills and get better just by playing and enjoying yourself. It reveals itself to you in five minute chunks, although five hour sessions wouldn't be out of the question either.

Your hands are going to hurt through it all

If you've ever wanted to see what a AAA mobile experience looks and feels like, and be sure that it will likely be a sales success, here you go. The move from console to portable feels effortless, and the more effortless something in gaming feels the harder it was to pull off. The flood of new items combined with the knowledge that your skills are improving is enough to keep me hooked, and I'm not sure how I can make my breaks any longer than I already have.

This is the sort of game that can take over your life, because it's so comfortable fitting in the fringes of your routine. You'll always have time to play, and it will always be there for you. And your hands will always hurt.