How do you make a game about a man who has all the answers?

Sherlock Holmes: Crimes and Punishments is Ukrainian developer Frogwares' seventh attempt at answering that question and also its most successful. The key, as it turns out, is not in recreating the powers of The World's Greatest Detective Who Isn't Also Batman, but in letting the player decide just how those powers are used.

Frogwares' previous Sherlock titles have been tied together by a single narrative, be it the hunt for Jack the Ripper or the (spoilers for Testament of Sherlock Holmes alert: (faked) death of its protagonist. Crimes and Punishments is a pretty massive deviation from that formula, presenting six unrelated cases to sleuth through.

The change is very smart, as it's a lot easier to sustain a sense of suspense and puzzlement for two-to-three-hour chunks rather than the feeling of running in circles through a padded story that plagued previous single-case Sherlock games. Sherlock is able to solve crimes at a speed that feels more Sherlockian, and there's no need to fully flesh out characters we don't have to spend that much time with anyway.

The way in which these stories are told have vastly improved too, with the best writing and voice performances of the series.

We've seen some really interesting portrayals of Sherlock in recent years and Frogware's version has seemed a bit ... staid and stodgy by comparison. The Sherlock we find in Crimes and Punishments has a bit more edge, with just a touch of the human disconnect that Benedict Cumberbatch's modern take nails so well. He's still a dignified British gentleman, but he's also willing to dump some caterpillars on Watson to help him find a clue. He's a lot more fun to spend time with.

Crimes and Punishments also smooths out a lot of the mechanical issues that have plagued the series. Playing from either a first or third-person perspective, players walk Sherlock through some really beautifully rendered London back alleys and drawing rooms as he looks for clues relevant to his investigation. Most are easy to find, but Sherlock will occasionally need to focus to find really well-hidden ones. This focus mechanic has been a finite resource in previous games, but here the player is able to turn it on and off at will.

Holmes also gets information from interrogating suspects and witnesses, but there's an added layer of insight available. The player can halt a conversation and zoom in on specific aspects of the person he's chatting with, maybe a skin condition that reveals a poor upbringing or a certain brooch that indicates his subject hails from Australia. These details aren't tough to find (you always know how many you're looking for) but unearthing them and turning them on suspects is a satisfying reproduction of being Sherlock.

The same can be said of Crimes and Punishments' new "imagination" mechanic (which is perhaps a nod to the "Mind Palace" Cumberbatch's Sherlock constructs to help him suss out a case). With the proper clues, Sherlock is able to construct time lines, watching ghostly wireframes reenact a crime before his eyes. Again, there's not much challenge, but it feels satisfying to put together in a paint-by-numbers kind of way.

In fact, the few moments Sherlock introduces challenge through traditional puzzle solving are some of its weakest. Lockpicking is novel the first half-dozen times but loses its lustre soon after. A one-off puzzle that forces Watson and Sherlock to methodically escape a tomb by lifting a series of gates is just the pits.

No the real, true, effective challenge of Sherlock Holmes: Crimes and Punishments is this: There are no right answers. Or, more accurately, there are right answers, you just never have to know them if you don't want to.

Once Sherlock has gathered all the clues, the player is able to see a literal representation of his grey matter, the relevant details floating as synapses through his noggin. The player is the one who must make sense of these facts, tying details together in a way that they point to a certain suspect. Did the young, unwilling botanist have the knowledge to use a poison plant as a weapon? The answer could, quite literally, be life or death.

The catch is that by assembling the facts in a completely different fashion, the player is able to reach an entirely different conclusion for the mystery. They must also then make a moral decision of how to handle that information. Was the murder justified? Should this all be swept under the rug? Should someone hang? Sherlock has the the ability to make any of these come to pass — he's a super genius after all — but it's the player who must provide his moral compass. He gets the great power, you get the great responsibility.

Was the murder justified?

Should this all be swept under the rug?

I'll admit that lacking a concrete answer for each case was initially less satisfying than the "Book 'em, Danno" endings that traditional, closed case mysteries provide. But having a debate with my wife about whether the scared guy was capable of something so horrific or if the "thing with the acrobat" was just too far fetched was something I've never had the pleasure of experiencing in any other mystery game. It's an ethical and emotional challenge more than an intellectual one.

Every combination of solution and moral choice have their own ending, and they're all realized so completely that I never felt like I had botched a case. It's only after the case was done that I was able to check (though I was warned against doing so by the game) to see if I'd found the true solution.

Crimes and Punishments is the best Sherlock has been, but it's just short of great

If Crimes and Punishments has a major failing, it's the existence of a real answer. Either commit to having true right and wrong or don't, but the weird balancing act robs the game's most interesting structural choice of much of its power.

Even with that misstep, Crimes and Punishments is easy to recommend to fans of Arthur Conan Doyle's most famous creation or adventure game fans just looking for something different. It may not provide much in the way of deductive challenge, but it succeeded more than any mystery game I've played in genuinely making me think.

I have to believe Holmes would approve.

Sherlock Holmes: Crimes and Punishments was reviewed on the PlayStation 4 using a retail disc provided by Focus Home Interactive. You can find additional information about Polygon's ethics policy here. 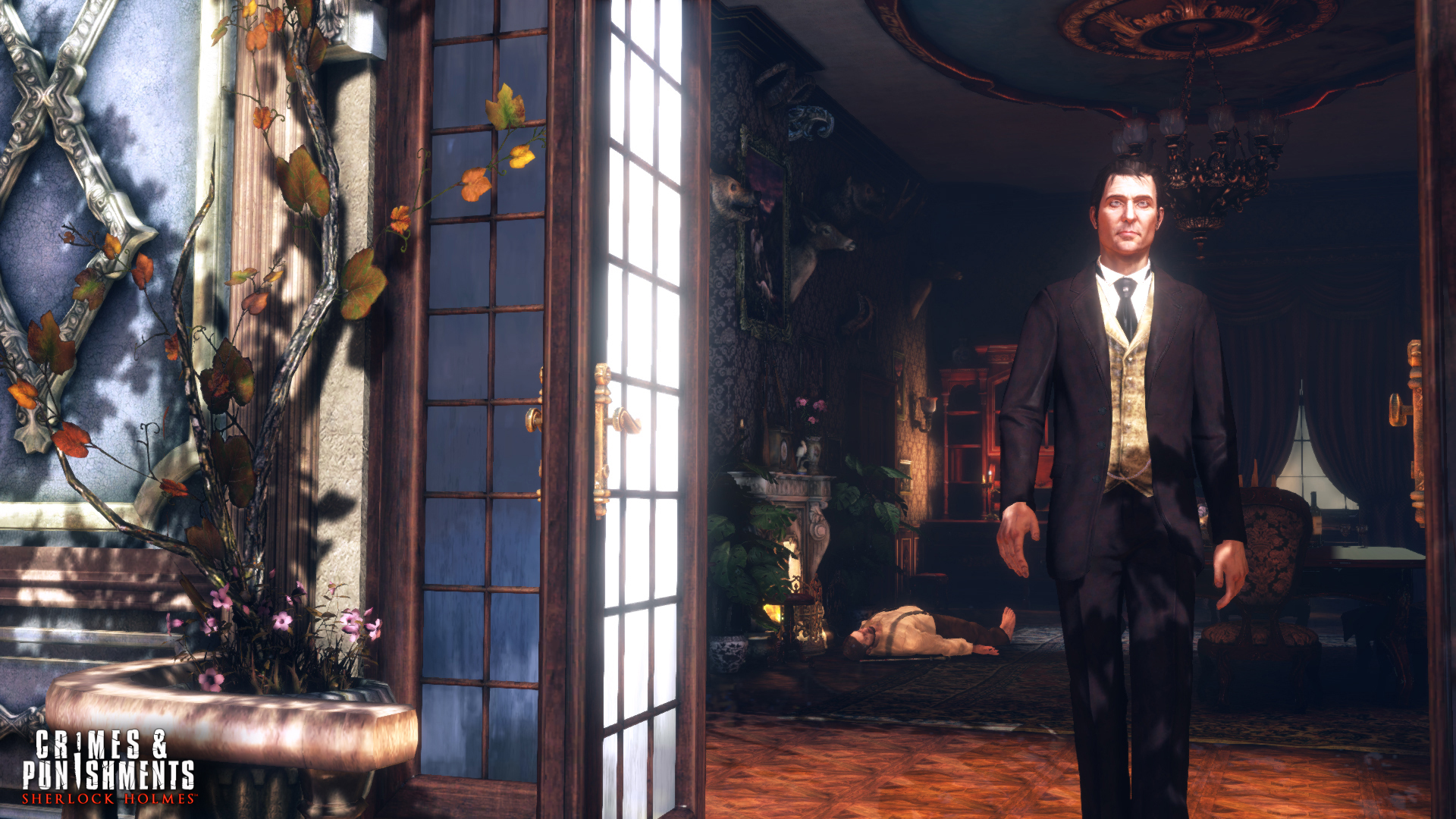