Your call is important to Google: A YouTube horror story 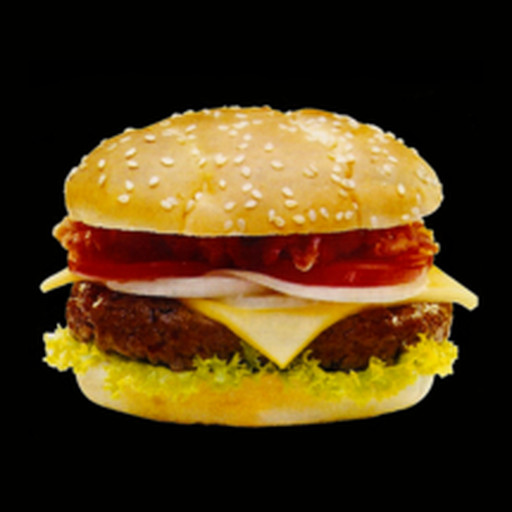 AdSense — a service run by Google — is the primary means of making money on YouTube. "Invalid click activity" means that either some jerk clicked an ad a bunch of times, or maybe put a clickbot on me to wreck my account. Or it could be a well-meaning fan repeatedly clicked on an ad with the misguided idea that doing that sort of thing works almost like a virtual tip.

Unfortunately, it does not, and now I’m banned from making money off my YouTube videos ever again.

"All of our representatives are currently busy assisting other callers."

A sympathetic-sounding man’s voice consoles me from what I imagine is an empty warehouse with a single phone on the outskirts of Google’s campus in California.

"Your call is important to us and we appreciate your patience. Please stay on the line, and our next available representative will be with you shortly."

Perhaps they mean "shortly" in comparison to the eventual heat death of the universe, because I’ve been listening to this kind-sounding gentleman for six hours. That is, when I haven’t been listening to public domain hits such as Joplin’s "The Entertainer" and that one song that’s in every cartoon when a horse race happens. The promise of getting a representative "shortly" has long been broken

I make Let’s Play videos on YouTube, and I’ve experienced some degree of success. I’ve earned more than 4,000 subscribers and I’ve also managed to launch a Patreon that’s been helping me pay off a few bills. The ad-supported part of my business is gone, however, and there’s not much I can do about it. We’re all at the mercy of YouTube and AdSense’s lack of customer support.

My account was in good standing for about six years. I had the occasional copyright claim made by trawling music-listening algorithms, but that happens to nearly everyone who puts similar content on YouTube. There doesn’t seem to be any way of re-activating my account, even spending an entire day on hold didn’t get me anywhere

The only thing I have to prove my innocence is a few vague charts with odd spikes whose suspicious origins are from countries in which I have little popularity. I’m not allowed to make another account either, because Google will kill it on the spot if they find them.

This is the bizarre, Kafkaesque nightmare in which I find myself.

There are few tools for getting your business back

There exists no customer support line for AdSense. The Twitter account for AdSense also offers no support, nor even any basic interaction.

I filled out appeal forms before this call. Every time I submitted an appeal, I received a response within an hour and a half, identical each time: "After thoroughly reviewing your account data and taking your feedback into consideration, our specialists have confirmed that we're unable to reinstate your AdSense account."

No further steps or potential solutions have been offered. A victim of "invalid click activity" is expected to accept the judgment. Though they claim to have "specialists" looking at these claims, I have no real idea if my pleas for help have ever actually been seen by human eyes, or if every aspect of this hell is automated. A part of my livelihood was shut down by a form letter, and there doesn’t seem to be a human being anywhere in the process to help me undo it.

And I’m not the only one this has happened to, by far. Nick Reineke, known as RockLeeSmile on YouTube, was also banned from AdSense over two years ago due to the dreaded "invalid click activity."

"I’ve come to find out that a fan of mine took it upon himself to ‘help’ my page by clicking my ad 20 or so times," he said in an article about the ordeal, "I’d never condone this and never would have wanted anyone to do this as I am aware it is a flagrant violation of the AdSense Terms of Service. Unfortunately for me, my YouTube channel is tied to my AdSense account and because of this issue I am now blacklisted from becoming a YouTube partner and monetizing my videos in the future."

No further steps or potential solutions have been offered

The appeals system also failed Reineke. "It is not possible to directly contact Google," he said two years ago. "No one will speak with you, and there are no other avenues unless you are friends with someone who works there. Once your appeal is rejected, they will not reply to your emails or speak with you further on the issue (they actually tell you that in the rejection letter). It is essentially a LIFETIME ban for your account. Seems fair, right?"

However, Google reinstated his Adsense account minutes after the exposing article went up. I contacted him to ask if anyone from Google, AdSense or Youtube ever contacted him about this change in fortune.

"Google never said a word about the whole thing even to this day." Reineke told me when I recently asked about his situation, "I would think it played out just as you would imagine ... someone saw that article at Google and decided it wasn't worth the bad press because it doesn't actually matter to them at all either way. They never made a comment about it so nobody could pry further into the system or the decision."

It probably helped Nick that he had some small fame to get an article written, much in the same way it has helped me. My frustrations are now delivered through a major gaming outlet, which could help my cause. But what of the fledgling YouTube accounts that are hit by this? The ones who don’t have the opportunity to write an op-ed discussing their experiences?

"During my research on how I could get my account reinstated back when the issue took place, I found a number of others in similar positions to what I was facing," he told me.

"Quite a few people claimed that Google liked to let small accounts get started and accrue revenue of something near the $100 payout mark with AdSense before they'd find their account banned for no reason they could think of (and their money had vanished despite ad impressions having already been accounted for) — and unsurprisingly Google wasn't obliged to provide any info about the situation or make themselves available to speak with on the matter."

"I would seriously hope that it's just a conspiracy theory that they make a regular practice of that act, but in the event that that info was true it's a pretty serious case of exploitation," he continued.

It's hard to stay hopeful

This happened to fellow Let’s Player BMS. He activated AdSense in October 2013 and received one payment. By January of 2014, his account was locked down in the same manner as my own.

"[The email states] that some violators can correct their mistakes, and can file an appeal to help resolve the issue." BMS explained, "So, after reading this, and taking a look at the appeal form, I spent a good majority of my free time researching Google policy, particularly in relation to AdSense."

He shared his findings with me. "Invalid activity" seems to be Google’s wording for one of the following alleged violations:

BMS claims he had neither committed any of these actions nor had any knowledge of them being committed.

"Of course, the beauty of their system is it's nearly impossible to gather any evidence in your defense, since you're not allowed to view IPs of people watching/clicking on your videos and ads," BMS explained. He went through the appeals process as well, only to be met with the same mass-produced generic emails confirming the account’s status, which seemed to be "dead forever."

"I whole-heartedly believe that my account was flagged for review by some automatic process that Google has, and since I am small time, was summarily denied in the appeal process," BMS told me. "Maybe I'm wrong, maybe I'm not. Given the evidence that I'm privy to, and the fact that upon further research, this exact same thing has happened to numerous people, I tend to believe that my assumption is correct, or at the very least, extremely close to the truth."

These are problems that could be fixed, especially for a company with the resources of Google. "On a basic level, one would think you could pretty easily detect and ban a source coming from a single IP if it’s causing any kind of issue for anyone," Reineke said. "Honestly, that’s something that even I could do with my basic WordPress site. However, Google doesn’t … and I’m not exactly sure why."

Reineke called the lack of information provided to account holders "shocking" and says that Google has "demonstrated little to no interest in helping people who feel they’ve been wronged by their many automated systems."

BMS agreed. "The way the system is now, you’re forced to defend yourself from a blind accusation with a blind defense, which just doesn’t work," he said.

It's hard to stay hopeful as my call to Google is dropped after more than six hours on hold. Last time I called, I got dropped at the 4.5 hour mark.

It’s nearly impossible for individuals to approach a corporation this gigantic and automated and hope to get anything fixed. And it’s costing people actual money, not to mention opportunity. The time I’m spending on the phone is time in which I’m not creating content.

YouTube has become a major source of cash, both for Google and for various content creators. We rely on each other: They handle the job of selling my content to advertisers so I get paid, and in return I provide content to run on their site. That relationship is one-sided, however. We require their help, but from their point of view we’re one of many, and disposable. But they are hurting real people, and the problem seems to be widespread.

We can't all be expected to write an article to get our accounts back. I pick up the phone again and brace for more automated hell.

Void Burger is a Let’s Player, Silent Hill nerd, video editor, artist, and Twitter-obsessed meat product born and raised in NYC. The font in the image for this story is Cardenio-Modern by Nils Cordes