A defense of Binding of Isaac from a former fundamentalist Christian

Share All sharing options for: A defense of Binding of Isaac from a former fundamentalist Christian 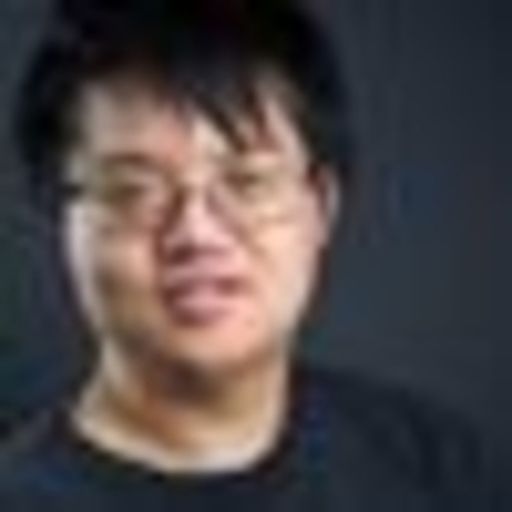 Why does The Binding of Isaac need a "defense?"

It’s already wildly popular, and the biggest fans on the game's subreddit would laugh at the mere 70 hours I’ve logged on The Binding of Isaac: Rebirth. I would have logged more if I didn’t have articles to write to pay my bills.

Its creator, Edmund McMillen, is one of the most successful gamedev graduates of the dark Flash-based underworld of Newgrounds. There have been numerous think pieces already published about The Binding of Isaac, including the controversy over its religious content and including people desperately trying to make sense of its surreal backstory and ending.

The Binding of Isaac is credited with being one of the games that ignited the neo-roguelike revolution, paving the way for the current wave of innovative "roguelike-likes" like FTL, Don’t Starve and Risk of Rain.

And yet I feel the need to "defend" this game because of the reactions I get whenever I bring it up among my friends. "The gameplay is awesome but I’m so over the ‘edgy’ theme." "Oh, criticizing religion by associating it with piles of poop, how very /r/atheism."

Well, I also generally roll my eyes at Newgrounds-style "shock" humor. I certainly roll my eyes plenty when AAA gaming tries its hand at 2edgy4u content, be it the cheap, cheesy blasphemy of Dante’s Inferno or the increasingly numbing, boring gorefest of God of War. I think Steam blew it by letting Hatred back onto Project Greenlight. I’m sympathetic to these criticisms.

But in the case of The Binding of Isaac I find myself in the same situation as David Foster Wallace when he defended Blue Velvet to his fellow film buffs. Yes, the content can be shocking, gross, ugly, distasteful and arguably gratuitous. And I don’t care. That’s the point. Indeed it’s not the gameplay I like it for, it’s the content.

This is how I grew up

I didn’t have a parent lock me in the basement and threaten to kill me as a blood sacrifice — let’s not get too literal. That’s not what’s really happening in the game either, if you listen to fan theories.

The tone and content of the game captures the feeling of being a little kid raised in a conservative religious household. It was a surreal experience, being strongly reminded of a feeling that I hadn’t had in so long that I’d forgotten feeling it. It’s like deja-vu that comes from your soul.

If I wanted to pick a work of art to explain how being raised as an evangelical Christian kid with a strong imagination fucks you up — and can fuck you up even if your religious upbringing doesn’t seem outright abusive — the top pick would be The Binding of Isaac. Anyone with the stomach to play that game for long enough — even if you aren’t very good at it, maybe especially if you’re not very good at it — will "get" where I’m coming from when I talk about my childhood.

It’s a game suffused with scatological humor, blasphemy and obscenity. From the very outset you’re faced with an environment where the standard-issue destructibles are piles of poop, enemies are horribly deformed aborted fetuses, powerups give you various diseases, mutations and mutilations.

You can infect Isaac with some kind of leprosy ("The Virus") to allow you to do touch damage to enemies. One power stretches his eyes open with toothpicks to increase the speed at which he shoots teardrops. He can become infested with maggots so flies hatch from his skin when he gets hit to provide some defense.

You’re constantly being corrupted, contaminated, mutilated, soiled. You’re orchestrating your own defilement even as you recoil at it.

It’s the double consciousness that every kid raised strictly religious goes through in order to get through adolescence.

How children see the world

It’s the nature of a kid’s-eye view of things for worst case scenarios and bizarre what-ifs to loom large in one’s mind. Give a smart, imaginative kid a sermon on Matthew 12:31, saying that "blasphemy against the Holy Spirit" is an unforgivable sin and he’ll run with it, wondering if saying the words "I hate God" or "I hate the Holy Spirit" aloud is enough to damn you forever, or if it’s sufficient even to think the words, and how can you decide not to think the words without first thinking them?

I remember being told by peers of the danger of drawing crosses or writing Jesus’ name on a sheet of paper lest you commit blasphemy by crumpling up the paper or destroying it. This is an actual doctrine, I later learned, held by Orthodox Jews regarding God’s name.

I remember, perversely, screaming "I HATE GOD!" in the middle of the night in an empty house just because I could, just to see what would happen, and wondering for years afterwards if all my efforts in life were now useless because I was already damned.

Conservative Christianity often exacerbates this childish sense of the world instead of combating it. Your religion treats "the world" as dirty and impure and demands that children "guard their heart" from the world’s corruption, which is everywhere.

Just at the age when you start becoming aware of the fascinating dirtiness of boogers and spit and poop — the awareness that there’s "gross" and "nasty" things everywhere, dog poop lurking on the lawn, dead bugs under your bed — you start being told of filth all around you in the world.

The overwhelming feeling that I and the kids like me had growing up was a sense of the world being bound by rules, rules that didn’t make sense and that weren’t predictable. Rules that, if you broke them, made you filthy and diseased until you repented and "got clean" again — but the occasions for breaking them were so numerous that contaminating yourself again was inevitable and nearly instantaneous.

And if you’re a kid like I was, you’ll spend half your life struggling against yourself, filled with misery and paranoia, and wonder what it is you’re doing wrong while your Sunday school classmates seem so much happier and more well-adjusted than you. Are you just naturally sinful? Is there something defective about you, specifically, that others have escaped?

No, you’ll discover the real secret, probably by the age of 10, at 13 or 14 at the latest: Everyone else is just a hypocrite.

You learn to play the game

What you do and what you believe

You’re giving in, surrendering to that great enemy, The World. You’re winning not by fighting harder but by giving up the fight, letting yourself be compromised, letting yourself fail at virtue because you’re starting to realize how impossible and insane virtue is.

You’re crawling through poop, jamming toothpicks into your eye sockets, letting worms grow inside you — and you’re realizing that hey, this game is playable, it’s survivable. It seemed like an arbitrary grotesque nightmare at first but this game — this corrupt, filthy, fallen world — is actually kind of fun.

It’s the little touches that make me think Edmund McMillen has been there, that he gets it.The fact that angels and demons are equally threatening in The Binding of Isaac. That it’s never clear whether your enemy is God or the Devil, that it’s the concept of religion itself that seems to be oppressing and attacking you.

The way relatively mundane "occult" knowledge like Tarot cards or the signs of the zodiac — or, hell, a Magic Eight Ball and a D&D Monster Manual — are treated as terrifying Satanic secrets. I once had a Sunday school teacher confiscate a Magic 8 ball as a "tool of divination."

The Deadly Sin of Lust is not, as is standard, portrayed as a sexy lady — nothing in this game is sexy — but as a walking mass of STDs. Hello, seventh-grade health class.

There are other games where liberation equals corruption and that force-feed you that mixture of glee and revulsion as you become freer by becoming more monstrous. Prototype is probably the biggest franchise built on this theme; it’s been a theme of roguelikes in particular since ADOM.  But none of them are as dead-on about growing out of fundie-hood as The Binding of Isaac.

And it wouldn’t work if the gross-outs weren’t childish and gratuitous, if it weren’t explicitly a child’s perspective of an irredeemably corrupt and dirty world we were looking at. It wouldn’t work if it were an intellectual, mature take on religion because it’s not intellectual, mature religion that fucks us up — it’s the pagan superstition of childhood that, underneath all the Augustine and Aquinas you can quote, still makes you feel dirty and ashamed.

It’s one of the purest forms of using game play to convey an emotional experience I’ve encountered in years.

We forget, sometimes, how deeply weird and transgressive a classic like Super Mario Bros. or The Legend of Zelda was when it came out, how defiantly nonsensical the "rules" of a Mario-style platformer are — blocks that don’t exist until you hit them from below, non-Euclidean connections between adjoining rooms in a maze.

Much has been written about how Shigeru Miyamoto’s goal with those games was to make adults feel the sense of discovery and wonder we had when we were kids, when the world didn’t make sense and we were just learning the rules.

Well, for some of us "learning the rules" of life — discovering sex, drugs, rock and roll and atheism — wasn’t just a process of whimsical discovery, it was also massive cognitive dissonance and self-loathing.

Every step of progress toward adulthood accompanied by a massive skin-crawling sensation of bloody hands and soiled clothes. "Winning" meaning looking in the mirror and seeing someone your pious younger self would loathe — a boozing, fornicating, blasphemous foulmouthed socialist atheist. And deciding whether to be okay with that.

So I don’t care about the technical flaws, the balance issues, the cheesy reference-based humor. When people tell me the aesthetic of the game is pointlessly gross and gets in the way of the game play, I’m just happy they didn’t grow up the way I did.

Edmund McMillen managed to make a cheesy Newgrounds game about poop that, if I stop to think about it longer than a minute, makes me remember the whole sordid story of agonizing over what kind of sex "counts" and whether Magic: the Gathering was as likely to propitiate dark spirits as D&D and mentally rocking back and forth trying to convince myself I heard God’s voice. It makes me see the vast gulf between who I am and who I was and want to laugh and cry all at once.

And for that, in my book, it’s a masterpiece.