Doctor Who Series 9 recap: Before the Flood

Share All sharing options for: Doctor Who Series 9 recap: Before the Flood

This series of Doctor Who has been incredibly hit-or-miss in terms of quality. It is, quite simply, a show that often appears confused in its own attempts to be clever, and the audience suffers for it. After last week's excellent introduction to this two-part story, "Before The Flood" flounders from the start in its attempts to make its complicated timeline of events palpable for the viewer. The difference in the tone of this segment compared to the the uncertainty of last week’s cliffhanger (the Doctor is also a ghost) was incredibly jarring to say the least; it outright betrays the doom, gloom and apparent consequences of "Under The Lake" with some fourth-wall breaking fare that can only be seen as talking down to its audience.

What was the purpose of this scene being included? Was the episode missing something in post-production that allowed audiences to easily connect the dots between the resultant effect in the first half, and the subsequent cause of those events in this episode? How do you put all of the logic jumping on display here into words? How do you really deconstruct events which had an effect, but no on-screen cause?

Needless to say the tone of this near two-minute scene set the table for an awkwardly paced second half, only adding to my confusion on first viewing. To break it down, the Doctor walks through the TARDIS discussing with the audience a potential scenario he refers to as a "bootstrap paradox". This monologue postulates about how a time traveller once wanted to meet one of their heroes, Ludwig van Beethoven, only to find that the famous composer never existed. 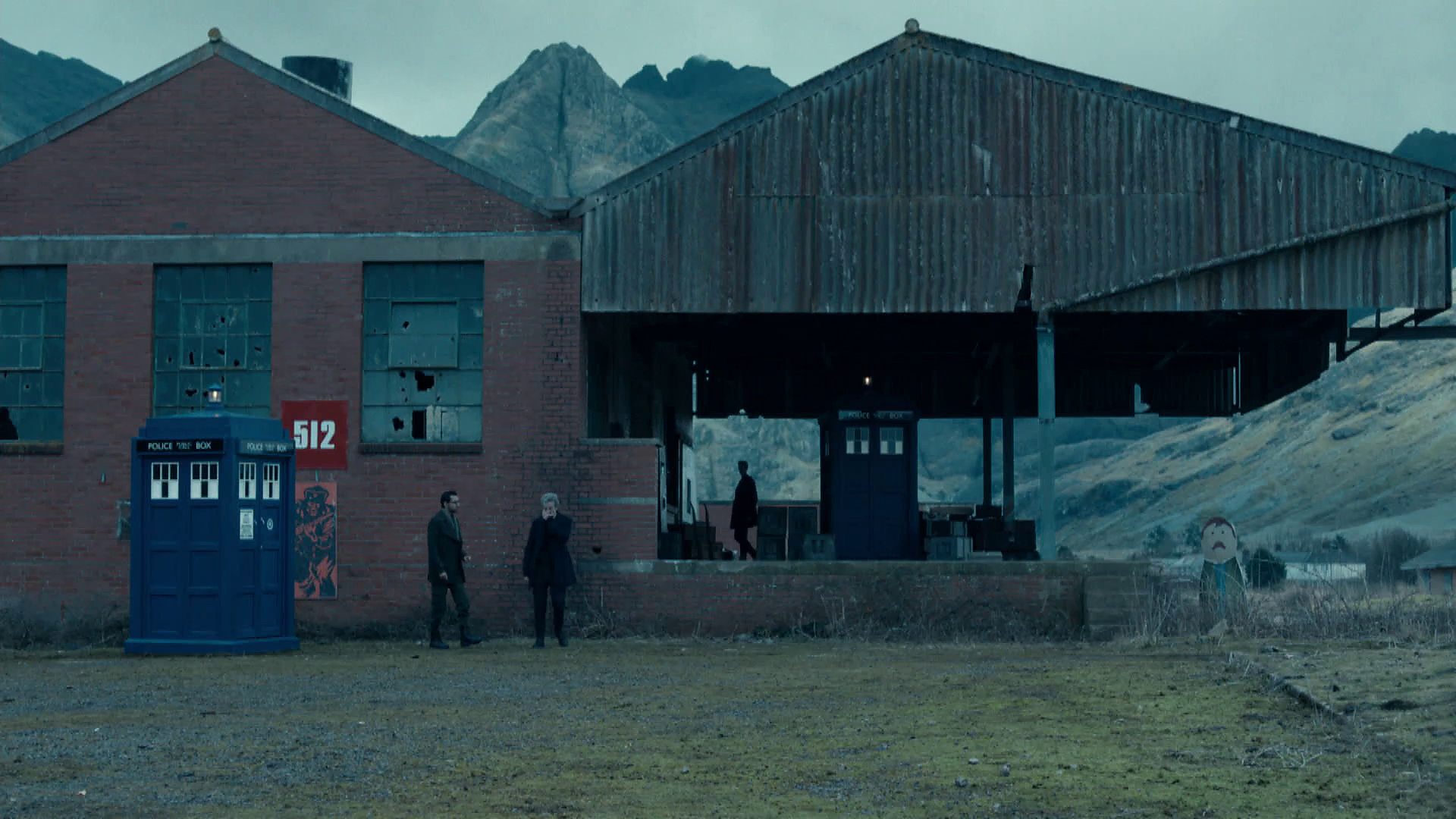 I'll not include the entirety of the one-sided conversation here, but the gist of it is as follows. Being a fan of the famous composer, the Doctor wanted to meet Beethoven to get his collection of sheet music signed, but when he arrived in Germany he discovered that nobody had the faintest idea of whom the Time Lord was talking about. In order to correct this gap in history it transpired that The Doctor actually was responsible for the fame of Beethoven by introducing his music in order to keep history intact. With the music introduced you'd expect there to be no further issues to resolve, but here's the thing about the "Bootstrap Paradox".

If Beethoven didn't exist, and if the Doctor was the one to introduce the sheet music to 18th-century Germany in the first place, then who actually wrote the music which the Time Lord held in his collection? It's an odd opening, but one that also makes a point of highlighting this regeneration's affinity for musical instruments as the Time Lord himself rocks out the Doctor Who theme music over the opening credits on his electric guitar.

All things considered this is really odd stuff so far, even for Doctor Who. But what about the newly introduced elements? 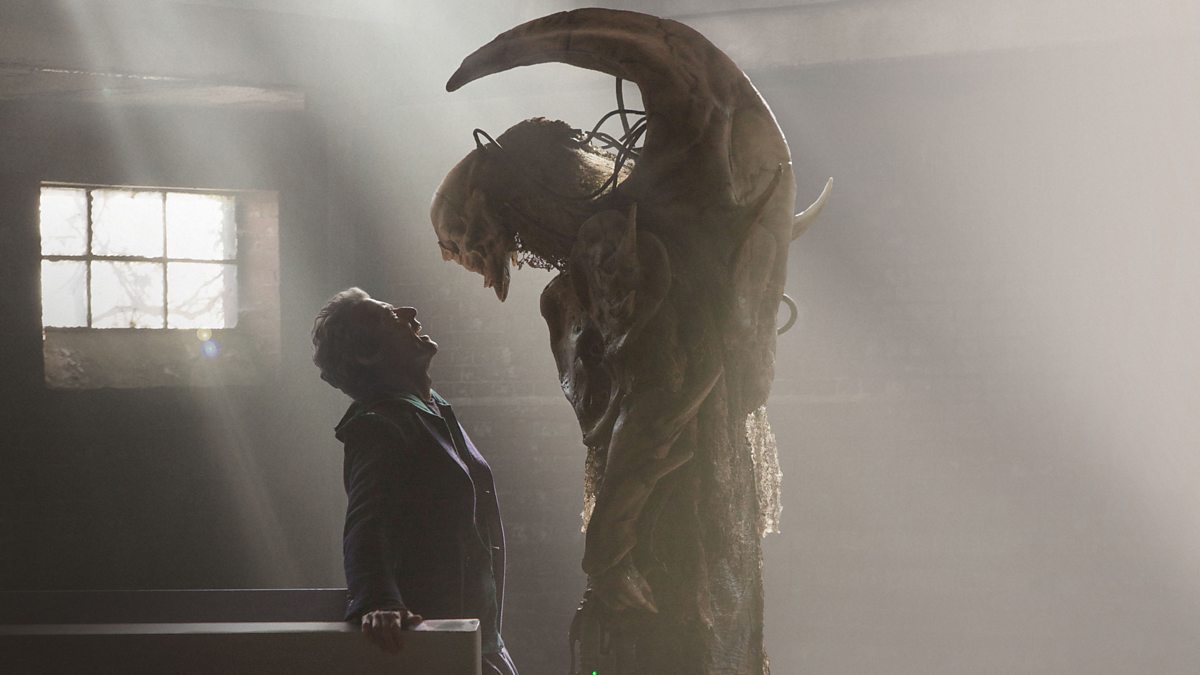 Let’s talk about the main problem with this episode; the Fisher King. First of all, this was an incredible monster design with real presence, both physically and vocally thanks to the performances of three very different people. Doctor Who's prop team really have outdone themselves here. At 7ft, 7 inches in height, Neil Fingleton was the physically commanding actor in the costume, with Peter Serafinowicz lending his vocals to the character and the scream of the creature being provided by Slipknot vocalist, Corey Taylor.

With that amount of talent behind it, you'd consider this a lot of investment into creating a unique character, but ultimately it's a creature that was never a real threat for the Doctor. Even though he's created "ghosts" from the souls of others to signal his location to his race, we discover by the end of this episode that the Fisher King had already been dead for 150 years as a result of the Doctor flooding the area. By the time the TARDIS landed on the underwater base in part one of this story the threat of the character itself was a non-issue, a sonar if you will, broadcasting across space. Still, the sequence of events that happened earlier in history, and later in their personal timelines, still had to be played out.

That meant O'Donnell still had to die. 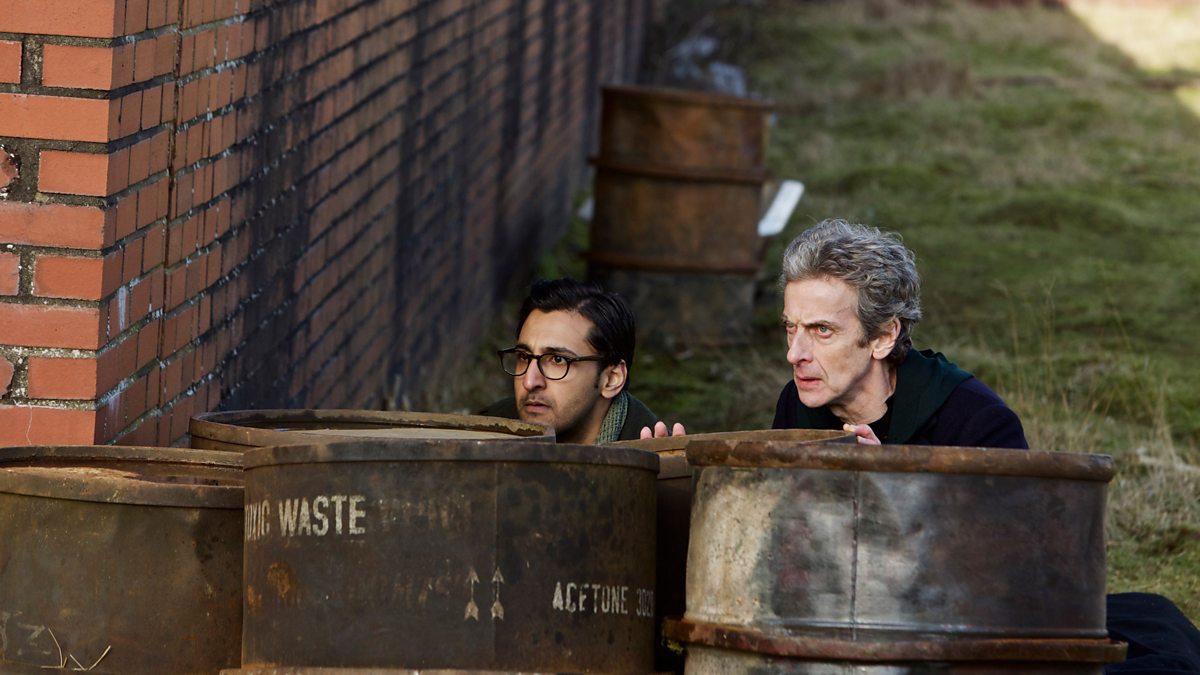 Doctor Who always works best when it introduces you to new, exciting characters that you can relate to, but, as is the case here, they almost always end up dead by the end of the story. Of all the characters introduced in this two-parter, it was Cass and O'Donnell who stood out as strong, powerful personalities who weren't going to stand by and be victims. It was rather disappointing that while evading the Fisher King in the past, O'Donnell hid from sight and then almost immediately stood in the middle of a room with her back to the doorway when she thought the danger had passed. Remember the Star Trek-esque redshirt in the painting that I mentioned last week?

That redshirt was O'Donnell, doomed to die from the start in a throwaway manner. It was after her untimely end that Bennet seemed to actually show some personality, betraying the heartbreak he felt as the woman he loved, yet never told, died in his arms. His only real contribution in this story — aside from some Back to the Future styled shenanigans where he had to avoid interacting with his past self — was seemingly to use that heartbreak to inspire Lunn and Cass to become a couple by the end of this episode.

Speaking of heartbreak, there was one moment shared between the Doctor and his companion that referenced how Clara is still running from the memory of Danny Pink. He tells her that "we all have to face death eventually, be it ours or someone else's." It's a potential omen that Clara might one day die as a result of the reckless thrill seeking she thrives on as the Doctor’s companion. She feels there’s nothing to live for without the danger that comes with traveling alongside the Time Lord, and she restates this plainly in conversation with Bennett near the end of the episode.

Did traveling with the Doctor change you, or did you always put people at risk?

The self-centered nature of what the companion has become was never more apparent than when Clara told the Doctor that she didn’t care about his "survivor’s guilt," laying it on thick by telling him he can’t leave her if he loves her in any way. The Doctor has created a broken soul in Clara, allowing her to become more and more reckless with her attitudes as the adventures roll by. At one point she's asked if traveling with the Doctor changed her, to which she responds "He taught me to do what needed to be done."

I think Clara is headed for a huge fall, and soon. While she likely won't understand why it happens when that time comes, it's as much the Doctor's fault for enabling her and it's just going to be heartbreaking to watch. 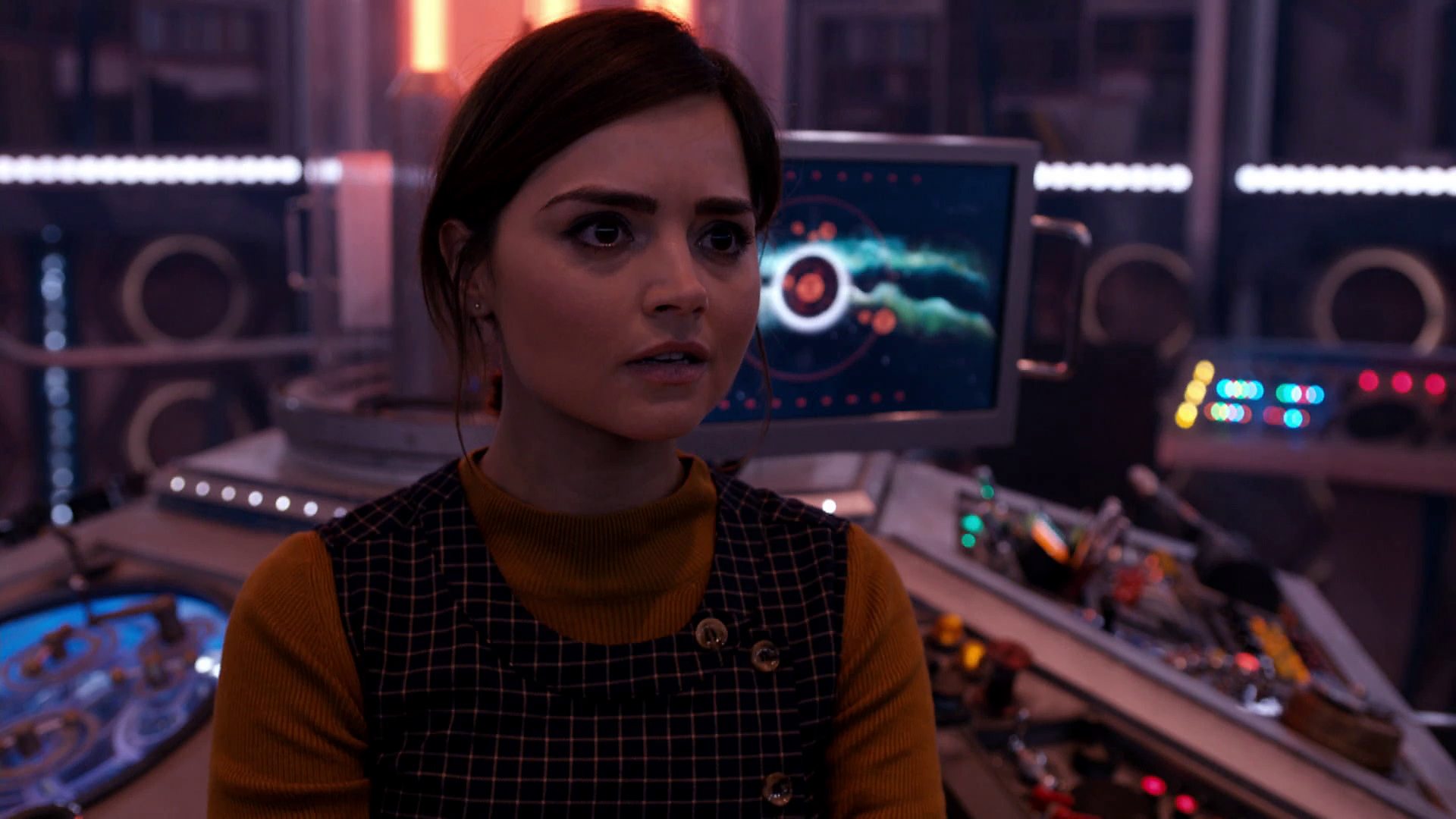 To close the loop on this story we see the Doctor once again asking the question of Clara in the TARDIS, "Who wrote Beethoven's 5th?" This denouement served only to make me realize that in this particular story there were no clear answers beyond those which we take for ourselves. Did the Doctor really write Beethoven's 5th? Probably, I mean look at those eyebrows in the image up top and you'll see that he's hinting as much. He might not have written the music himself, or really have found out where it came from, but he was the one who had it published and that's all that matters to history.

My question here is did the Doctor ever really die in this story, or did he just rewrite the script in the same way he used the Teselecta to avoid death by the Impossible Astronaut in 2011? And regardless of the answers to the above questions, does it even really matter after the fact? I didn't love this episode as much as its predecessor, but I'd love to know how you felt about it below. 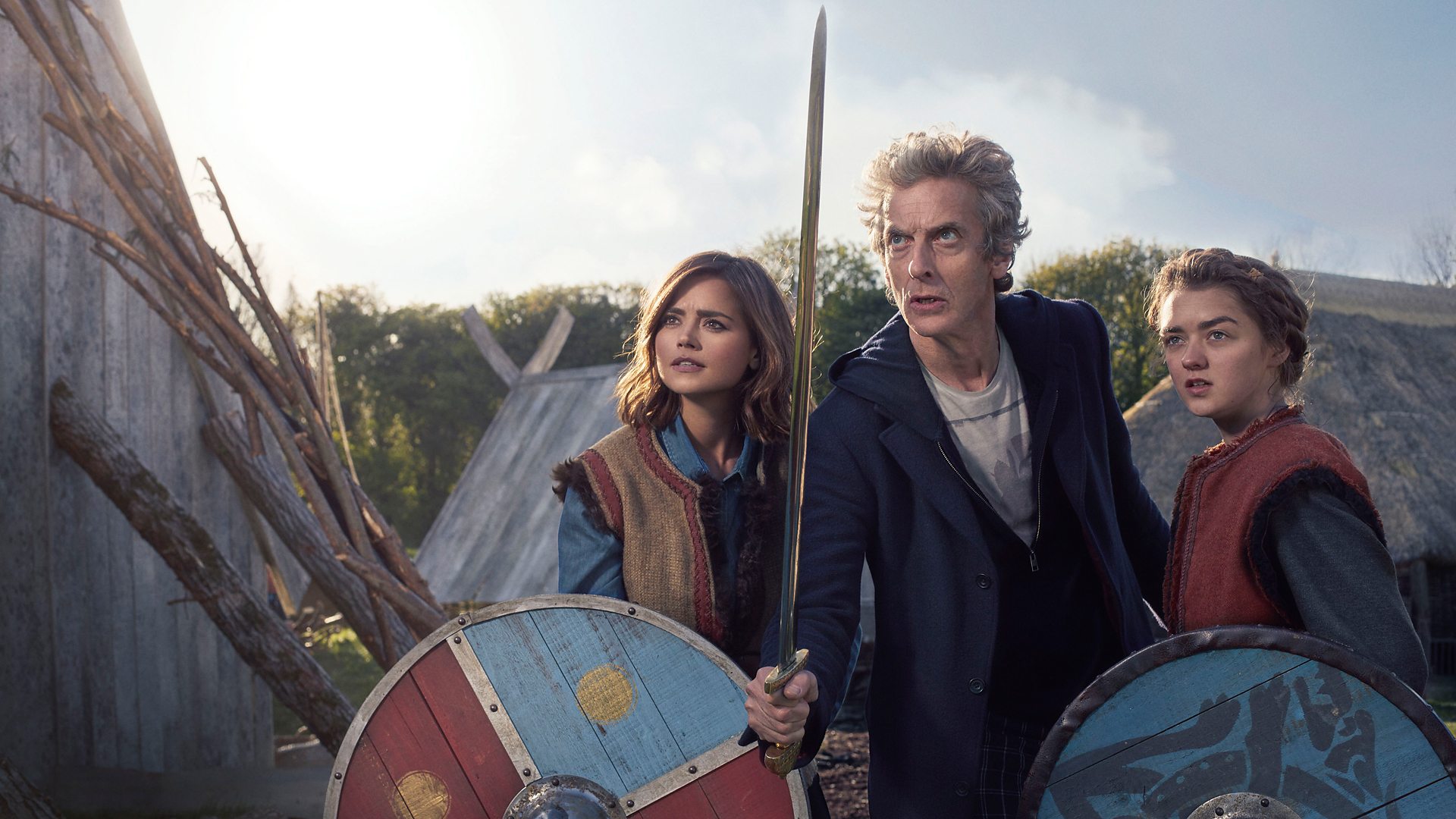