Share All sharing options for: Even a nerf herder would gawk at these ultra HD Star Wars Battlefront screenshots

"Your eyes can deceive you," the aging warrior and one-time Jedi Knight, Obi-Wan Kenobi, once told a blond farm boy named Luke Skywalker. "Don't trust them."

That's solid advice for a Jedi in a galaxy far, far away, but as we learned last week, it doesn't always apply in ours. There's no way to convince our eyes otherwise: Star Wars Battlefront looks gorgeous, even when you're ducking blaster fire in a galaxy that flies by at 60 fps.

When we wrote about our early impressions of developer EA DICE's upcoming PlayStation 4, Windows PC and Xbox One game, its visual fidelity warranted its own section. We weren't alone in our admiration. Petri "Berdu" Levälahti, a gamer with an eye for video game beauty, was impressed, too.

Levälahti maintains a Flickr account where he posts high-resolution screenshots that turn single frames from games like Battlefield Hardline, Mad Max and Mass Effect 3 into renders of often stunning beauty. He fired up the Star Wars Battlefront beta last week, and screenshots were on his mind.

"When the beta started, I played it for about 10 seconds before I started figuring out how to screenshot the game," Levälahti tells Polygon. 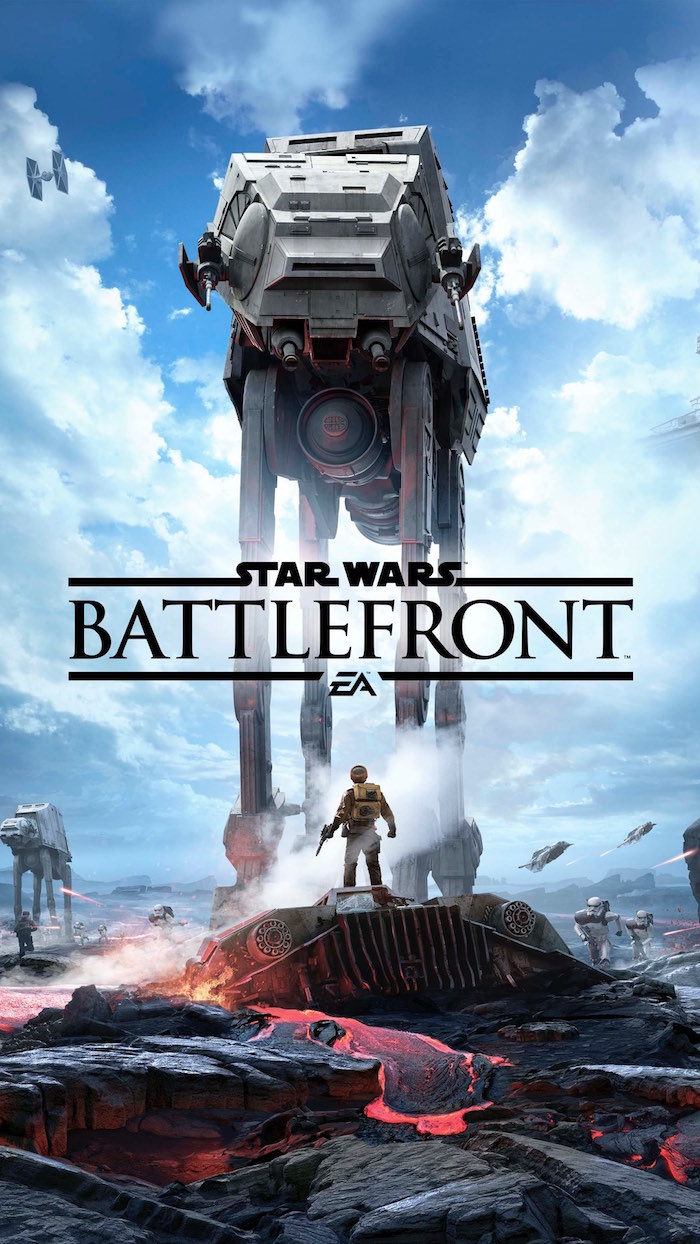 He used several techniques to capture Star Wars Battlefront's landscapes on the snowy plains of Hoth and the rocky desert of Tatooine, often planning and timing his captures for maximum impact.

"Some of the shots I took between gun switches, so the weapon wouldn't be visible," he says. "Also when you zoomed in with the gun while the HUD was disabled, you would get a nice low [field of view] of the game, without the gun. I used these methods for the first shots and my video. It's not how I like to screenshot games though, I usually never do it unless there's some sort of a free camera method available."

To hear Levälahti describe the process, it was relatively straightforward, in part because Star Wars Battlefront runs in DICE's Frostbite engine, which also powers the developer's Battlefield games. And he didn't have to wait long to get the camera movement he was hoping for.

"A few days into the beta, the Finnish genius Hattiwatti updated his awesome Battlefield Cinematic Tools to have basic functionality in the Battlefront beta as well," he says. "The tool has a free camera, and options for freezing the time and changing the field of view and depth of field. This allowed me to get some nice angles and get closer to enemy soldiers and starfighters."

Tools in hand, it was just a matter of finding and framing the best shots.

"Because Frostbite games allow free adjusting of the window size, I could take high resolution screenshots easily, using whatever aspect ratio I wanted," he says. "I use a free simple tool called SRWE to resize the window. Other option that I used is setting up a custom resolution (up to 5120 x 2880) in the Nvidia control panel.

"My GTX 980 could run Battlefront at 4K in Ultra settings at about 25-30 fps. Of course playing above that, in extremely high resolutions, is impossible. That's why I first setup the shot in normal resolution, then switched to high res when it was time to capture. I usually take screenshots with MSI Afterburner. It's free and does the job."

To get a few shots of characters — including an impressive closeup of Luke Skywalker — Levälahti also used something a little more low-tech: a human being.

"For the character stances I had my friend ShadowSix help me," he says. "He would stand still and pose while I snapped pictures of him. We preferred playing as the Imperials, because that way in Walker Assault we didn't have to worry about getting shot by Rebel scum — we could sit behind some rocks at spawn and take pictures. I'm sure Darth and our teammates in the front line really appreciated our efforts."

Scroll down to see several of Levälahti's Star Wars Battlefront screenshots, which often look so good that it's hard to believe they were born in a video game set to arrive on Nov. 17.

From The Last Jedi to Glass Onion, Rian Johnson keeps murdering the past

View all stories in Star Wars