The mobile games market is an absolute mess, thanks to you

Share All sharing options for: The mobile games market is an absolute mess, thanks to you 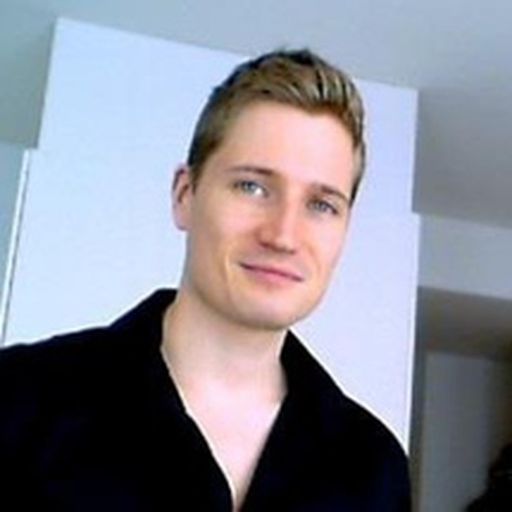 A mobile game my team and I poured our hearts and souls into is receiving rave reviews from users. The game, Battlestation: Harbinger, was featured by both Apple and Google as one of the best new games in their respective marketplaces.

You may think that congratulations are in order. You might think that my team and I popped some Champagne and headed out on a well-deserved vacation. Unfortunately, that isn't the case. Even with these successes, my company and I are in the red, desperate to bring in more money before we have to lay off our workers and close our doors for good.

The problem with mobile

You see, we have a problem in the mobile gaming sector, thanks to you. You would rather buy a pumpkin spice latte a few times a week and enjoy it for a few minutes than buy a game that you can play as long as you would like. In order for creative games to be made, there needs to be a major culture shift. We need to be willing to spend a few dollars on a quality app, rather than for a few extra lives or other in-game purchases.

Being a mobile game developer for four years has made me realize a lot of things that are wrong with the market. First, only certain games can bring in money for developers. Second, only certain types of players will find it easy to find games suitable for them. Third, classical conditioning makes a lot of players feel entitled to have everything for free and punish developers for asking money.

Even apps that find success in their marketing campaigns cannot make up the money spent on development because people would rather spend $5 on a latte every other day than on the app. Why? Because the most popular games are free-to-play, with a monetization model that lets most players play for free while milking some customers for thousands of dollars.

Most players have become conditioned to feel entitled to free content more and more. The price of a game is not compared to a latte; it is compared to the price of another game.

Essentially, these customers who pay thousands, these "whales," pay for the fun for everyone. Throw out a game with one free episode and the rest to unlock for $5 and you will have a problem on your hands. This model — one that many old-school players find very fair, a try before you buy — is not a model that works well these days. Users see a $5 price tag for more content and they quit the game and go back to sipping their lattes.

Players have a very real power to impact the sales of a game through ratings. With many of our mobile games, we have users blackmail us with ratings. They will rate the game with one star, and then send us a message demanding the game be made free for them in order for them to "correct" their review.

It's extremely frustrating for us. On top of this, there is no way for us to request the removal of these reviews on either Apple or Google's marketplaces, so if we refuse to give in, these negative reviews remain for the lifetime of the game. Unless we have hundreds of reviews already pouring in, these initial negative reviews can be a game-breaker for small companies like mine.

The whole market is heavily focused on the mass-market spectrum, and it all stems from one thing: To make money as a mobile game developer you have to have your game high enough up in the top lists. If your game isn't there, you will not sell enough units to make ends meet. On the surface, that may seem to make sense; these app store lists work on certain algorithms to promote what is already popular. But there is a problem with this: Games that appeal to the masses have a clear advantage over games for niche markets.

Since the difference in income is so huge, it makes the decision for a developer almost binary. Either we make a mass-appealing game — the Clashes of Clans or Candy Crushes — and have a chance to make a living, or we make a niche game and have no chance at all.

One game developer alone cannot change this, but many together can

At the end of the day, all these factors make creating good content for mobile devices more and more difficult.

Is it really this black and white? From my experience, yes. We released Battlestation: Harbinger on Aug. 13. Despite being featured by both Google and Apple, the game isn't selling enough to make up for development expenses. A few niche games manage to make a little bit of money to support a small studio, but it is very rare. This all leads to a situation where only a certain type of game is viable to make business-wise; the market is forcing every developer to act in the same way.

There needs to be a twofold culture shift. The first step is one I already mentioned: Gamers need to learn to vote with their money. This will allow developers to build the great games that everyone wants to see on the expanding mobile platform.

Many serious gamers complain about all the casual games coming out for mobile, but don't support the serious game developers that build the games that they want! Remember when you would fork over $40 for Zelda or Pokémon games on Game Boy? Imagine the amazing games we could play on our phones if we paid developers enough to create them! One such game that you can support is Battlestation.

The other shift needs to be from the developer side. Game developers are fighting against each other, when they should realize that we are allies as well as rivals. While we are rivals in achieving visibility, we are allies against the classical conditioning, the market today and the undervaluing of our hard work.

One game developer alone cannot change this, but many together can. We as game developers did this to ourselves by competing so fiercely against each other that we lowered the price of our work more and more, so much so that now a consumer won't pay even a few dollars for a game. We have created a mess that can only be solved by working together.

As the industry stands, there is no room for creativity anymore, no room for the passion projects. There is only room for those who want to build games that milk their customers without making them angry, because that is the only way we can survive. It is not about making good games right now — the consumer doesn't care enough. I hope that we can come together to enact change in the industry, before the effects become irreversible.

Aksel Junkilla is the founder and CEO of the up-and-coming BugByte Ltd, in Turku, Finland. Junkilla and his team created Battlestation: Harbinger, which will be ported to PC/Mac/Linux early 2016, and has a Kickstarter you can help out with.