Share All sharing options for: We wouldn't be making games if it weren't for Nintendo answering our childhood letters 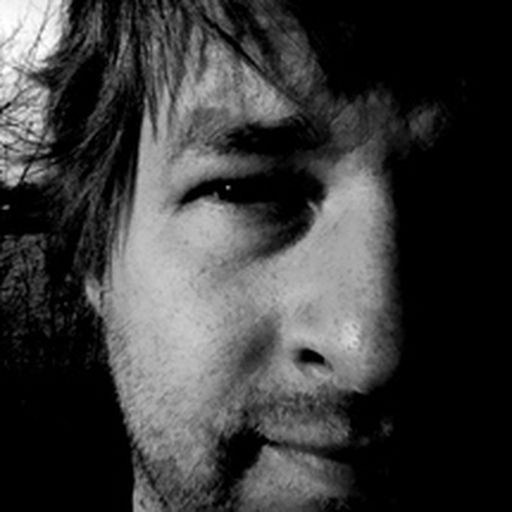 We are Aaron and Forest San Filippo, two brothers who started a company called Flippfly together.

We've just launched our own game, Race The Sun, on the Wii U. This would be a big deal for any developer, but for us it was something special; Nintendo was more or less responsible for keeping our love of gaming alive, and directly influenced our career by not only listening to what we had to say, but talking to us.

And they did so when we were children.

I remember the first time I saw an NES. I was probably six years old and it was haphazardly displayed on a pile of boxes in the Kmart electronics department. The futuristic grey box was plugged into what must have been a thirteen-inch TV. A little pixelated man was jumping on turtles and what looked to me like angry owls.

My father and I took turns trying to figure out the controls and telling each other what to do. As far as I know, this was the first time I got to play a video game. I wouldn’t get to spend any significant time in the land of Mario until a couple of years later when the NES started appearing in the houses of my friends.

It took longer for me to get my own. My parents strongly valued traditional childhood activities and did their best to keep technology addiction at bay. We didn’t have a TV in the house until I was eight and buying a "Nintendo" was out of the question, both for philosophical and financial reasons.

Gaming and computer tech had become a part of everyday life ty the time I reached my preteen years. We still weren’t allowed to spend our savings on a dedicated gaming system, but my parents offered to rent one for birthdays and special occasions. We would get a system, by now the Super Nintendo, and a couple of games and have marathon gaming sessions to maximize the twenty-four hour rental period. This is when I really discovered the magic of digital worlds. Games like Star Fox made me feel like there was an entire universe inside that TV screen, just waiting to be explored.

My obsession with video games started with the NES at our neighbor’s house when I was around 7. We only ever played Super Mario Bros, and I was terrible at it, so I’d have to watch him beat half the game on a single life, then I’d play my measly one life and fall in a pit or something.

We didn’t have a computer, but I used to draw "sprites" on graph paper for fun. I still have the originals:

I remember renting the SNES for birthdays as well. One time our dad recorded himself playing Star Fox on a VHS tape, and I would watch that thing over and over to study the game.

I’d pause the tape and draw the Arwings, and try to figure out how to draw it in a wireframe on paper. I remember that after I studied that VHS tape for months, we rented Star Fox again and I nearly beat it with one life. It was like playing in slow motion; I knew exactly what would happen next.

I used to write letters to Nintendo, until I was embarrassingly old, like 17. I would ask for tips for their games, and any other info they could give me about Nintendo-related stuff. To my amazement they would respond nearly every time, with letters that were sometimes very lengthy. Once I described how I would tell other neighborhood kids about the virtues of the SNES compared to the Sega Genesis (The SNES could display more colors! And more sprites on the screen at once!) and the Nintendo rep sent me a pamphlet comparing the two systems so I could show it to my friends.

I would also send them my grand ideas for new Nintendo systems, like this sweet fold-out portable "Super Game Boy" system:

And this awesome boombox-style game system:

I’d also ask about future games and discuss previous letters they’d sent me. Here’s a letter I sent them just after I finally got a Gameboy:

And without fail, a Nintendo rep. would send back a detailed letter discussing the pros/cons of my suggestions, and carefully answering my questions:

It made me feel like I was part of something, and as a teenaged country boy without access to a computer or the internet or a game console, that was pretty awesome. I wonder if Nintendo still responds to kids who write in letters like this?

I also dug up this old marker sketch I made of a Star Fox scene.

I think of all the early video games we played, Star Fox definitely had the most influence on me. The 3D visuals were revolutionary, and the game just felt epic. I remember us analyzing how at the end of the first level, the game would gradually take control over your ship as it moved into the fly-away cutscene, and how amazed we were that it worked so well. And don’t even get me started on the easter eggs!

It won’t come as a surprise to our readers that Star Fox had a big influence on Race The Sun. When we were running a struggling Kickstarter, it was the memory of Star Fox that really inspired us to rethink Race The Sun’s visuals. It proved to us that you could create a compelling world out of simple primitive shapes.

I even wrote to Nintendo asking about more Star Fox games! At the time, they were working on Star Fox 2, and I was really excited to hear about it, as well as the "NU 64":

I can just picture 15-year old me getting super giddy over the prospect of the FX2 chip that was to be used in Star Fox 2!

Yesterday I downloaded Race the Sun to my Wii U and launched it on the big flat-screen TV that sits in my living room. As I glided through a world that I helped create, I couldn’t help but feel proud that our game was on a Nintendo system.

My four year-old sat next to me and watched me play a bit. "I don’t want to play this one!" she suddenly said — interrupting my nostalgic moment. She has grown up with Race the Sun and is ready to move on to something else.

I looked at her and smiled. Her world is so much different than mine - so dominated by digital interaction and gamified experiences. I sometimes wonder if she will get to feel that sense of amazement when exploring a game world for the first time. Maybe that’s what really drives game developers — the quest to find a magical place and share it with others. I hope Race the Sun is that place for someone.

A lot of people have noticed a resemblance between the SNES version of Star Fox and Race the Sun. As I mentioned earlier, the similarity between the games is no accident!

As Forest said, it’s pretty surreal to have our game on a Nintendo system now, because this company and these games hold so many memories for us. Maybe in another 15 years, someone will tell us about how Race The Sun somehow inspired them in the same way.