Thanks to a new ruling from the U.S. Library of Congress, preserving and archiving some abandoned video games just got a little easier.

In a document published by the Library's Registrar, new exemptions to the Digital Millennium Copyright Act have been announced that will allow players and preservationists to alter games with defunct online servers in order to make them playable once again.

"Many modern video games — which may be played on a personal computer or a dedicated gaming console — require a network connection to a remote server operated by the game's developer to enable core functionalities," the document explains. Thus, when developers are no longer able or willing to maintain these servers, games — and gamers — suffer the consequences.

Not all online games will benefit from the exemption, however

The Registrar concluded that "the record supported granting an exemption for video games that require communication with an authentication server to allow gameplay when the requisite server is taken offline." This means that, despite the DMCA's language blocking this kind of activity, fans, museums and libraries can now take necessary action to continue playing server-based games.

As for gaming historians and preservationists, the ruling goes further to allow the jailbreaking of hardware for this purpose, so long as this activity supports a public institution that promotes gaming archival work.

The request to allow circumventing existing protocol to keep online games going after they've been abandoned was first filed by the Electronic Frontier Foundation earlier this year. The digital rights activism group asked the U.S. Copyright Office to consider providing an exception for gamers and game archivists to allow online games to continue on long after their developer-mandated end-date. 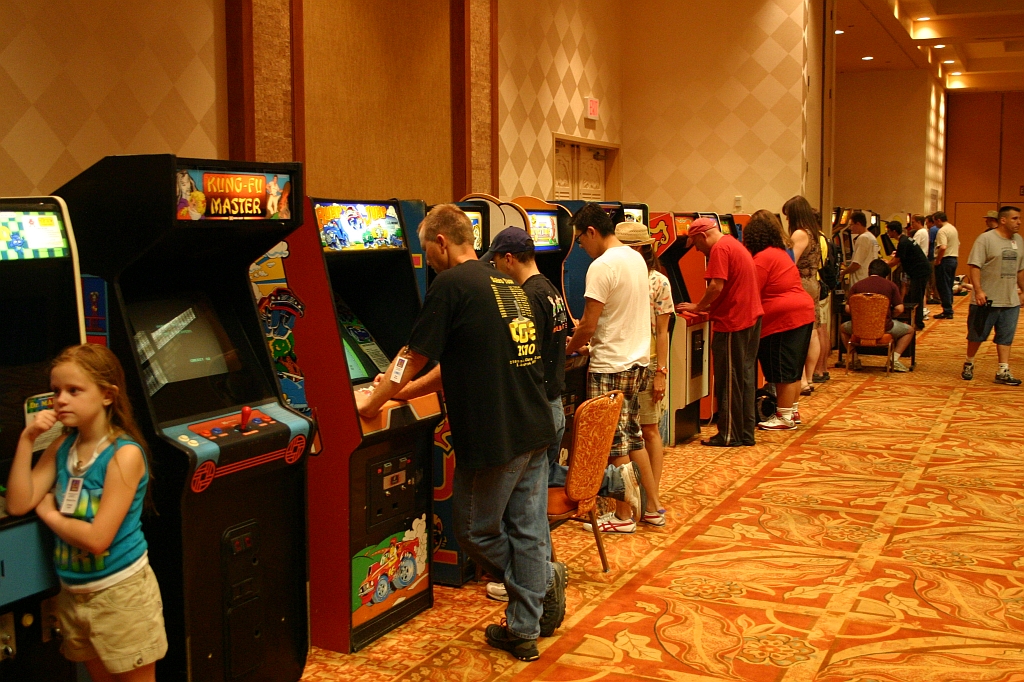 The legal battle for gaming's past

The Electronic Software Association expressed opposition to the EFF's suggestion, writing to the Copyright Office handling the motion that "permitting circumvention of the access controls on video game consoles will increase piracy, significantly reduce users' options to access copyrighted works on video game consoles, and decrease the value of these works for copyright owners."

The final ruling mentions each side's proposal, highlighting the necessity for games that take advantage of the exemption must be lawfully acquired.

Not all online games will benefit from the exemption, however; the Library of Congress only extended the new legislation to games whose multiplayer functions will be adversely affected by server shutdowns. This means that games with content stored entirely on the developer's server, like many multiplayer online role-playing games, cannot be legally modified by gamers or otherwise.

Despite this, archivists who supported the initial request are celebrating the Library of Congress' decision as a win. Alex Handy, director of Oakland, California's Museum of Art and Digital Entertainment, spoke to Polygon about the success on both the historian and gamer levels. Referring to the "landmark ruling," he said that it "allows us to take [old consoles] and preserve it ... which is frankly a huge step forward in terms of being a major victory for preservationists and archivists across the United States."

"...a major victory for preservationists and archivists across the United States."

When it comes to gamers, Handy said, "The people who actually reboot these lost servers do so completely on their own time, using their own money, [and] it takes months ... so to prevent fans from basically performing a labor of love to bring something that the company that published is no longer willing to monetarily support, for these fans to do so in a non-commercial way is a huge win for them."

Now publishers will no longer have the right to halt fans who create their own servers to support games that the publishers themselves have left behind, Handy continued.

Mitch Stoltz, the EFF's senior staff attorney, shared these sentiments with Polygon, while also expressing disappointment with the ruling's limitations.

"We're very pleased," Stoltz said by phone, "that the Librarian of Congress chose to grant our request to give some legal protection to people who modify abandoned video games to keep them working for both players and museums, libraries and archives."

This is echoed in an update to the EFF's website, which states that "the exemption will help keep many classic and beloved video games playable by future generations."

Both the post and Stoltz expressed disappointment with the ruling's limitations, however.

"We're disappointed that the Librarian didn't grant our request to people who wanted to extend multiplayer functionality," Stoltz said, explaining that "we think an artificial distinction [between what is and is not acceptable] is going to lead to the loss of of a lot of important video games but we think that the exemption that was granted will be helpful."

The limitation, Stoltz said, came after "major video game publishers [acting through the ESA] successfully scare-mongered the U.S. Copyright Office into believing that restoring the functionality of older video games would somehow lead to a massive copyright infringement and illegal copying of games." He names the film and music industries as other parties that objected to the EFF's request.

This is only the first step in a larger battle for the digital rights organization, Stoltz went on to say.

"This rule-making process happens every three years so there is always another opportunity. What would really fix the problem and what we would really hope to achieve over the next couple of years is to fix the law so that people can do important legal activities like preserving abandoned video games without having to beg the Librarian of Congress for permission."

For now, the group is "certainly celebrating," while continuing to look to the future. They are currently supporting a bill called the Unlocking Technology Act, proposed by Congresswoman Zoe Lofgren of California, which aims to afford consumers the right to permanently unlock cell phone devices and other technology without infringing on existing copyright law.

Update: The ESA has returned Polygon's request for a statement. "We are pleased that the Librarian acknowledged the very real challenges that would be posed by allowing the circumvention of technological protection measures in video game consoles," Stan Pierre-Louis, the ESA's senior vice president and general counsel, said. "The Librarian’s decision rewards the partnership between the gamer and those who create fantastic interactive experiences.

"Online games and platforms will continue to attract investment and provide entertainment to millions of gamers, and gamers and preservationists will be able to enjoy appropriate access to video games that no longer are supported by game makers.”