Mobile isn't the games industry you recognize, and that's great

Share All sharing options for: Mobile isn't the games industry you recognize, and that's great 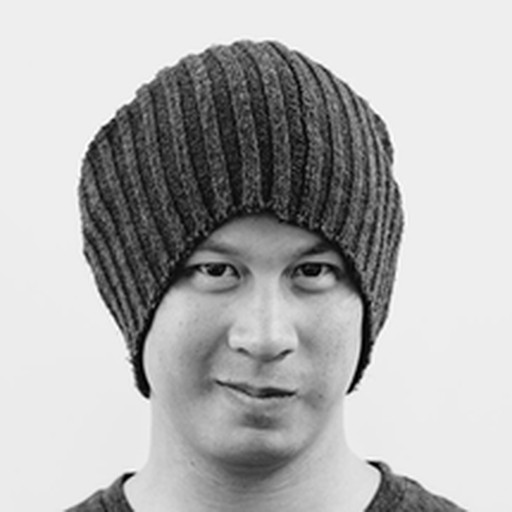 Last week, BugByte Ltd CEO Aksel Junkilla posted an opinion piece on Polygon titled "The mobile games market is an absolute mess, thanks to you."

The article describes how Bugbyte’s recent mobile release, Battlestation Harbinger, failed to become a commercial success despite positive reviews and being featured in both Apple and Google’s app stores. Junkilla traces this disappointment to two problems: consumer values that perceive expensive coffee as a fair deal while rejecting mobile games that cost the same price and developers "competing too fiercely against each other."

Aksel, I feel your pain, man! In the first ten years of my career I shipped four games, from console to PC to mobile, and to my knowledge none of them were profitable. It’s really frustrating when you and your team toil for years with passion and dedication, and you’re not rewarded with revenue. It truly sucks that any of us should have to go through that. But don’t blame the players, and don’t blame other game developers. If you truly want to be successful, you must take control of your fate, rather than leaving it up to others. A good place to start is to understand the playing field.

MOBILE IS A GREAT SPACE FOR CREATIVITY

I agree with much of Junkilla’s assessment of the mobile games market. A large proportion of the audience are playing free-to-play games subsidized by advertising and "whale" players, and these market forces encourage mass-market entertainment. Creative experimentation and personal expression become unfeasibly risky, while pouring huge sums of money into user acquisition becomes essential. This marketplace feels incredibly foreign and ugly to us "old school gamers" and looks toxic for small, independently funded creators.

And yet, somehow the App Store is overflowing with innovative, weird, experimental games by individuals and small studios. Genre-defiers like Eliss, Space Team and Ridiculous Fishing sit next to genre reinventions like Badland and rymdkapsel. Desert Golfing and Mountain explore minimalism in game design while Sword & Sworcery, Metamorphabet and Framed push at the boundaries of style and storytelling.

Mobile games about raising sunfish, relationship advice from a drag queen, werewolves fighting businessmen, and pizzas versus skeletons somehow exist. Mobile challenged Square Enix to make Hitman into a board game and Ubisoft to adapt Rayman into one of the best ever endless runners. In recent years Apple has been helpfully highlighting quality titles like these in lists, which often favor paid games.

So despite the dominance of conservatively designed, spreadsheet-driven free-to-play games on the top-grossing chart, creative gems continue to get made on mobile. The continuing work of creators like Nitrome, Simogo, Noodlecake, Greg Wohlwend, Zach Gage, Crescent Moon, Hipster Whale and others show it’s rare but possible to make such games sustainably, though not not every hit results in financial freedom.

If such success is possible on mobile, where did Battlestation: Harbinger go wrong? Let’s look at two possibilities.

Perhaps rave reviews and store featuring from Apple and Google isn’t the secret formula it appears to be. Battlestation: Harbinger combines many common space tropes with a high level of complexity, describing itself as "A sci-fi space exploration game blending roguelike, turn-based star map strategy and real-time space battles."

And yet, somehow the App Store is overflowing with innovative, weird, experimental games

This might sound like a tough sell on a platform renowned for casual players and simple mechanics, but the market for mobile space combat and exploration games is actually incredibly crowded. Perhaps, despite great reviews and promotion, Battlestation: Harbinger just didn’t distinguish itself enough to justify the $4 price of admission.

Next to the competition, some of which are free to try, and one of which is the incredible FTL, Harbinger’s screenshots and trailer look a little drab and basic. The game’s own description lacks any hook or distinguishing feature. Even the game’s name might have impacted sales — "Battlestation" is too generic, while "Harbinger" is an unfamiliar word, hard to remember and pronounce. I think it’s fair to say Battlestation’s market positioning and branding could have been better.

It’s nice to think if Battlestation had just looked a little flashier, with a catchier title, it could have caught on. But the second possibility is that you can do absolutely everything "right" and it’s still just really, really unlikely that you’ll make a living as indie game developer.

Put simply, supply has outstripped demand. The tools, learning materials and distribution required to make games have never been so abundant and cheap. It’s never been easier to make and publish a video game. Of all the hundreds of games that come out every week, only a few can possibly be promoted or go viral. Rami Ismail’s "You don’t stand a chance" is a crushing reminder of economic reality of what we do.

However, game development as a hobby accessible to everyone is way better than a sure profit for the privileged few. We are witnessing the democratization of an artform. As the barrier of entry for making games lowers, an ever wider range of people are becoming game developers. We’re telling more diverse stories and inventing entirely new experiences. We’re discovering untapped audiences and raising games literacy and discussion in the public.

It’s a mistake to assume that an artform is only validated by its commercial viability, or that being able to create something somehow entitles one to income. Making a living by writing poetry, drawing comics, playing the oboe or skateboarding is only possible for a few. This only forces the best to strive for ever greater heights, while the rest can enjoy expression and experimentation without the distraction of monetizing their work.

DIVERSITY MEANS NOT EVERYTHING IS FOR YOU

Aksel Junkilla is right about one thing — there is a cultural shift that needs to happen in order for games to move forward. That shift is for old school, hardcore gamers to allow for a diversity of game designs and game consumption habits.

Turning up our noses at game design and player choices with which we don’t agree prevents games from evolving and maturing. The old system of asking players to buy a game outright for an industry-fixed price to play for hours on expensive dedicated hardware is an oppressive set of constraints. But we now enjoy more ways of playing, funding, composing and distributing games than ever before. Diversity in game design and consumption means more people than ever can find a game that suits them.

Everyone’s favorite game to hate, Candy Crush, actually provides value to millions of people. Through great visual and audio design and a carefully constructed meta-game of progression, it makes players happy. It relieves them of boredom, anywhere, any time, and the entry price is free. Players aren’t made to feel bad for not being skilled enough, or dedicated enough. To millions of people, Candy Crush is a more enjoyable, more valuable experience than The Last of Us, or Spelunky or Monument Valley.

Be OK with people making that choice. The industry is now enjoying a wider diversity of successes than has ever been seen, and that’s something that should be embraced.

What does this mean for the creators of Battlestation: Harbinger, struggling to stay afloat? Your only chance is to get better at marketing and positioning your product without compromising your creative goals. The knowledge is out there.

Junkilla expressed dismay that readers might think completing work on a game would be cause for celebration, breaking out the Champagne and taking some well-earned rest. The readers are right. Truly passionate game developers make games because they love it, with or without the critical and commercial success. This gives us the resolve to survive our failures, regroup, restrategize and return to fray stronger and wiser.