Doctor Who Series 9 recap: Under The Lake

Share All sharing options for: Doctor Who Series 9 recap: Under The Lake

This week's adventure sees the renegade Time Lord and Clara Oswald land inside "The Drum," a nuclear powered underwater base just off the northeastern region of Caithness, Scotland in the year 2119. With the promise of ghosts, mysterious spaceships and a large supporting cast, it's got all the trimmings needed to be considered a classic-era Doctor Who story. As always, we can expect a healthy dose of paradoxical events — meaning the order in which this story takes place will not always be chronologically correct.

Time travel can be pretty confusing, but if you do get perplexed at any point, that's ok. We'll talk it out in the comments below.

The Doctor and Clara always seem to be at their most interesting as a duo when they're visibly having fun on their adventures. Landing inside "The Drum," the Doctor wonders why the TARDIS has brought them there, all while sensing that something nearby has clearly rattled the multi-dimensional police box. It's during this scene that we first get a hint of the reckless, thrill-seeking side of Clara who asks if they can leave already, as they're "on a roll" with monsters and "things blowing up". It might be a hint of dangerous things to come for her. As we slowly move towards Jenna Coleman's exit from the series, you have to wonder if the reckless abandon with which she throws herself into these situations might well be her undoing. With the tiniest hint of a grin, the Doctor follows her into the base to discover what's at play below the water, and the adventure is on.

While exploring their surroundings, the first life forms they meet on this underwater base seem to be the very monsters that Clara is looking for, except these warped visages of a human and a Tivolian appear to be ghostly rather than physically substantial. Yet they don't attack. They have no interest in the Doctor, or in Clara and simply leave.

In order to get the story moving along they come across a spaceship in the hangar bay, with alien symbols carved into the wall. Reading this writing results in turning the 'ghosts' onto them, viewing them as some form of threat to be eliminated. At this point we don't know why they attack people, but it sure seems it has something to do with those symbols. It's worth noting that later in the episode we see Cass prevent her sign-language translator, Lunn, from entering the storage compartment of the ship. Does she know something at this point about the writing, or is it purely superstition? It's too early to say, but there's no such thing as a coincidence when it comes to ghosts, aliens and the Doctor. 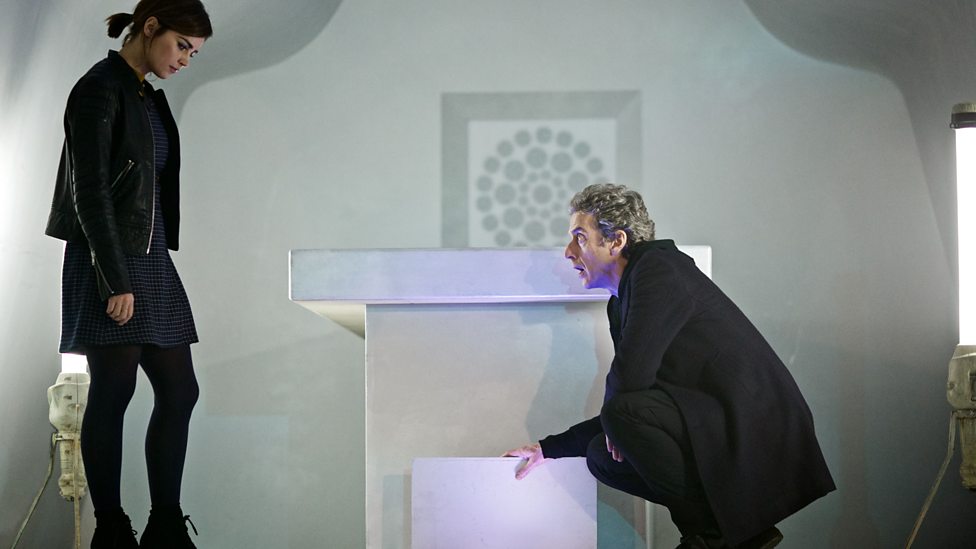 Managing to escape, the Doctor and Clara end up inside a protective "faraday cage" where they meet the remaining survivors on the base. It's refreshing how multicultural and non-generic the crew of this underwater mining station are, especially when compared to other stories of similar scope in the past such as "The Impossible Planet/The Satan Pit". The women in this episode aren't supporting characters in the sense that they're there just waiting to be rescued; they actively provide assistance at key moments of the story when their comrades are in danger.

In fact, you'll notice that the surviving male characters of this story are in supporting roles for a change. The Doctor is out of action by the end of the story, Lunn is translating sign language for the commanding officer, Cass, and there's Bennett — who seems to play the role of bait pretty well. Of these characters, I'd like to consider Cass for a moment. While it shouldn't be something we have to congratulate Steven Moffat on, that the BBC hired a deaf actor in the role of a deaf character is worth appreciating.

In a world where the white washing characters of color happens regularly, it's a sign of the progressive nature of science fiction in media that boundaries disappear, and it's something to be acknowledged as a positive.

THE GIRL WHO RAN 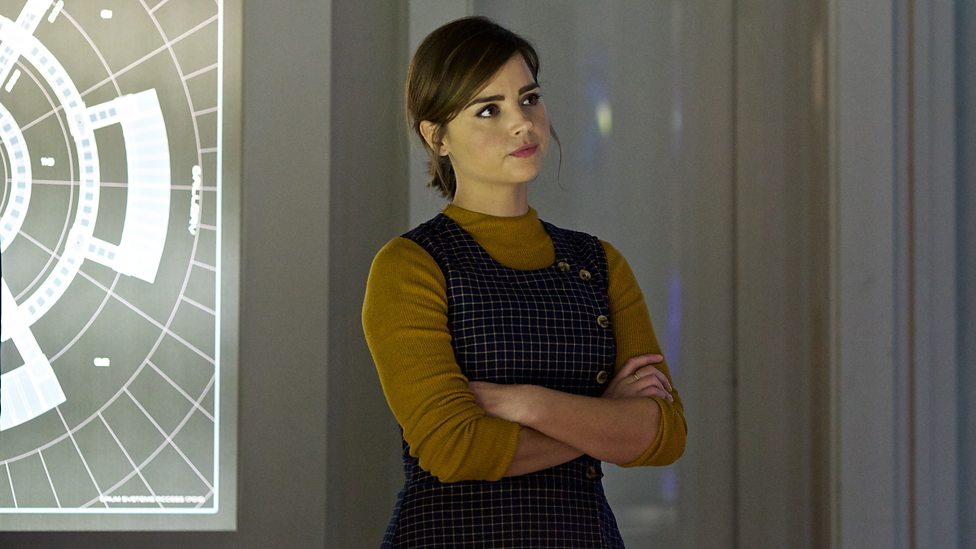 Like many classic Who stories, there's an awful lot of running up and down corridors in this episode, even when you consider the earlier references towards other adventures that have taken place since the events of "The Witch's Familiar." Of all the running this week, one conversation stood out among all others, in which the Doctor recognizes that Clara is still running from her post-Danny Pink life.

In one particularly tender moment, it looks like the Time Lord is warning Clara not to take on the personality traits of her traveling companion: On the TARDIS there's room for only one Doctor. While referring to his addictive personality, he's also gently prodding Clara to find better reasons to enjoy life than being in danger at every turn in order to feel alive. When he suggests that a hobby — or even a new relationship — might be what she needs, you can almost see her break just a little behind the eyes. It's sad, but I'm rather glad that they stuck to their plan here and didn't bring Danny back to life with a quick fix. It makes Clara a more interesting character.

Where Matt Smith's 11th Doctor was sympathetic, understanding and kind when the need arose, the Twelfth Doctor seems to still lack a basic understanding of how to recognize that people who have watched others die might just be upset. Forgetting that these were living, breathing people, he gets caught up in the excitement of unravelling the mystery at hand — much like the Tenth Doctor was wont to do — before being reminded by Clara about his "cards."

These "cards" seem to represent what Clara thinks the Doctor should say in awkward social situations, ranging from regret to sympathy for the loss of a person's companion. It's certainly a light-hearted comical note, and yet also a reminder that at his core this man is an alien. Every version of the Doctor has different affectations, it just turns out that Twelve is less capable at understanding humans than most. I'm liking where they're going with the character, he's less "human" than his predecessors, but he always does the right thing when needed.

He's the Doctor, but even he's been known to run away. 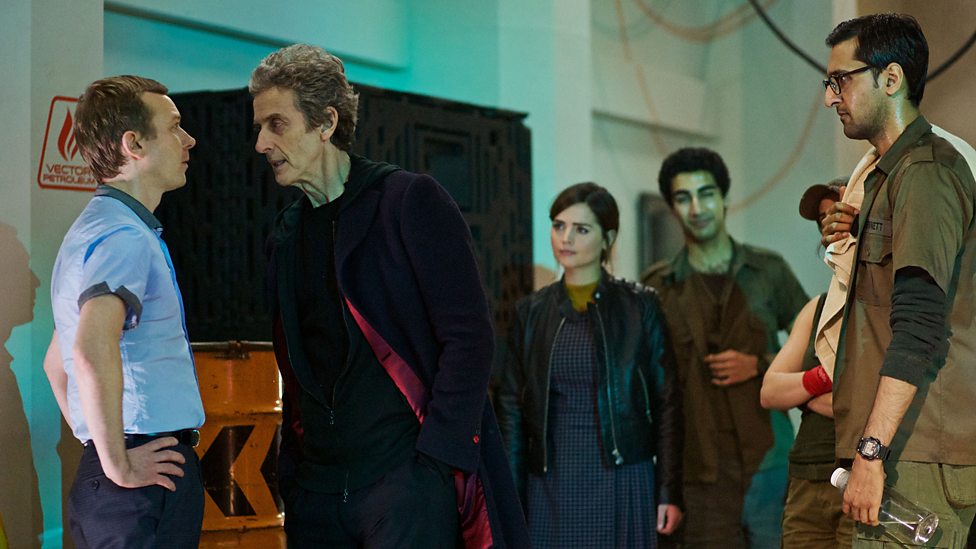 In closing, this week has been a welcome change of pace compared to the hectic and mythology heavy season opener, and I'm more curious to see how this plays out inside the rules of Doctor Who. In fact, I'm more interested already in this story than I was after "The Magician's Apprentice," even with its constant nods to the past. It's previously been established that you can't cross your own timeline and make changes without incurring the wrath of the Reapers; entities which cauterize wounds in the fabric of time created by such events. We know the hero is going to find a way out of this, and it's going to be interesting to see how she manages to save the Doctor.

That's right. With the Doctor seemingly dead based upon the climax of this episode it's now a chance for Clara to shine in the role of the hero. A chance to save the world, and perhaps save the Doctor from the one thing that always gets him and his companions into the worst kind of trouble — his curiosity.

Oh, one last thing. Did anyone notice the subtle Star Trek nods in this episode? From the registration number on the door that Clara is sealed behind, to the science, command and red shirts on the mural in the dining area? What else have we missed, and what is the significance here? I'm wondering whether a Wrath of Khan moment might be coming for Clara. With Steven Moffat, you can never be too confident in anyone getting a happy ending. 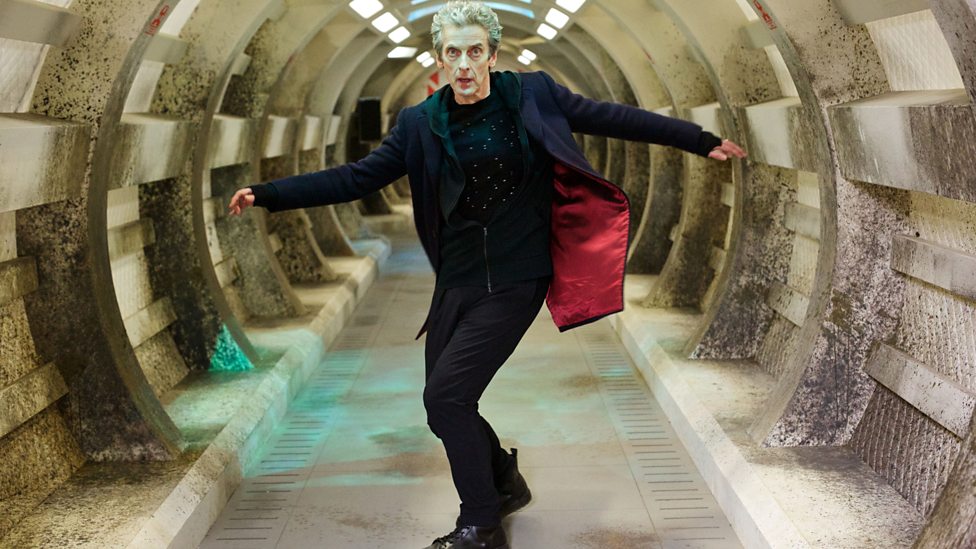 How do you feel about this week's episode? Sound off in the comments below, and let me know what you think of the third bullet point above. I'd love to hear your thoughts.