Share All sharing options for: The Taken King's titular character is transgender (although you're forgiven if that's a surprise) 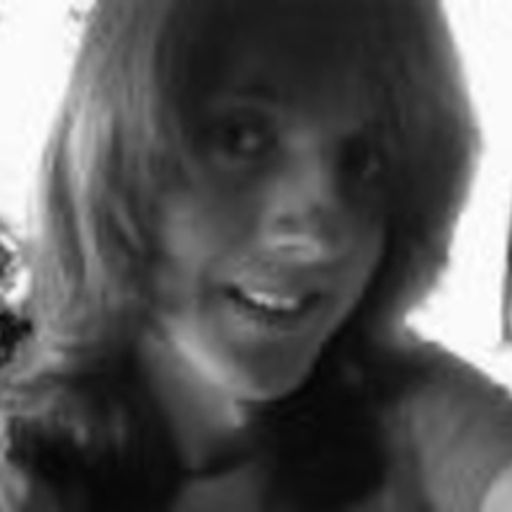 Destiny's most recent expansion, The Taken King, is centered around a transgender character. That’s big enough news, but the more interesting question is the following: Why wasn’t this discussed in the gaming press?

Oryx is the titular character of Destiny: The Taken King, and he’s a transgender male character. He’s a king of darkness who had the power to bend reality to his very will, had been designated female at birth and transitioned to male during the ritual that granted him these godlike levels of power and strength.

Destiny has long had issues with the delivery of character information and narrative delivery, and this aspect of the character suffered from this issue. Nevertheless, I jumped back into the game to see how the character’s portrayal was handled.

This is a big deal: A high profile video game from a AAA publisher had released with its titular character a transgender man. A video game with a huge marketing budget, from a well known publisher, was named after a transgender character who plays a pivotal role in the game's plot. This, on paper at least, was a huge moment for advancing transgender representation within our medium.

The reason few players were talking about this groundbreaking piece of mainstream video game transgender representation is because it isn't actually acknowledged within the game itself. This fascinating, and potentially groundbreaking, piece of Destiny lore is hidden away in unlockable text logs that can only be read outside of the game on Bungie's website.

It’s all a bit arcane if you’re unfamiliar with the game, but you collect Calcified Fragments in an area known as the Deadnaught which allows you to unlock excerpts of something called the Books of Sorrow, which details the lore of an in-game race called the Hive. This all happens outside of the game itself, and you have to be willing to first unlock the content and then leave the game to go read it on your online Bungie account, either through a mobile app or the official Bungie website.

While the Books of Sorrow go into a lot of depth regarding the history of the Hive, the narrative thread of interest to us regards a trio of sisters named Sathona, Xi Ro and Aurash.

Sathona, Xi Ro and Aurash all made a proverbial deal with the devil in Destiny, taking part in a symbiotic relationship with a parasitic species to gain massive amounts of power and even immortality for themselves. Where things get interesting is when the Books of Sorrow discuss the third sister, Aurash, accepting these powers.

The worm grants you power over your own flesh, Aurash. When you’ve taken the king morph, what will your adult name be?

Up until this point in Destiny lore, Aurash is refereed to using exclusively female pronouns. After taking this deal he begins to use male pronouns exclusively and the new name Auryx. The Taken King, Auryx, was designated female at birth. During his life took on a new name and began using male pronouns instead. Eventually, he switched from Auryx to the spelling Oryx.

He didn’t just gain power, he changed his gender. The Taken King is a Transgender Man, and this fact is never once touched on in the game itself.

It allows a wider net of people to see relatable narratives in media, it helps break down the stigma that certain people are unwelcome within gaming communities and it helps video games reach a form of parity with other comparable art forms. It’s important that video games start doing this right, but I can’t decide if The Taken King succeeds or not.

On the one hand you could argue that Oryx is a transgender man who isn't defined by his gender transition. The fact he used to use different pronouns and lived under a different name is such a non-issue that it's never used unnecessarily as a plot point. He's a strong, powerful character who just happens to be trans, without that in any way coming to define who he is.

On the other hand, the reason that he's not defined by his gender and that people have not made a big fuss about it is largely because nobody knows it's in the game. By including this as one footnote in a lengthy set of collectable lore outside of the game itself, they are able to on paper state that they made a huge move for visible, high profile transgender representation, without actually having to face most of the risks associated with doing so.

They get the praise without the risks, if it ever comes up at all.

We can’t praise this as a victory for Transgender representation

The Books of Sorrow in Destiny, at their conclusion, are revealed to have been written by Oryx himself, as an account of his existence and the way he perceived his life that he hoped would last beyond his potential, eventual death.

Reading a character’s own account of their life, and how they perceived their transition from female to male, is something that not enough media does and it gives a valuable insight into the character. Looking back on their life, it’s nothing more than a single line.

This is how I was before this moment. After this moment I was different. It’s such a beautifully simple account of gender transition, one personally accounted and not overly dramatized in regards to the role in played in their sense of self identity. It’s a subtle and impactful account of transition that is hidden away from almost every player.

It’s tragic that nobody knows Oryx is transgender. I hate that the first example of a transgender character in a titular role is hidden away so much that very few hardcore Destiny players know about it. It's diversity relegated to the depths of a convoluted and complex set of out of game data logs.

It’s such a beautifully simple account of gender transition

If three weeks after the launch of your game I can mention a piece of lore and nearly every single hardcore player you have says they were unaware of that information, you have failed at both storytelling and representation.

On the other hand, maybe Bungie doesn’t care about this. It’s possible Bungie never intended for the important aspects of the Destiny lore to be a big part of how the game was perceived.

Hiding something that could have been such a big moment for the transgender community really does feel like a missed chance to do something great for those seeking increased representation within the medium. For now, even if it’s subtle, we can claim Oryx.