Eight tabletop games to help you survive the holidays

Open box in case of emergency

Share All sharing options for: Eight tabletop games to help you survive the holidays

We are standing on the brink of yet another holiday season, staring down the barrel of more family obligations than are perhaps medically advisable. Polygon is here for you, dear reader, with a list of potential tabletop games that could just save your life. Or at least save you from a lengthy conversation about Aunt Gertrude's choice for president.

You have exactly 12 months to play Pandemic: Legacy, one of the year's best board games

Consider this list your first-aid kit for painful moments, a bug-out bag for awkward after-dinner conversations. What we've assembled here is a collection of good gateway tabletop games. Not an exhaustive list by any means, but a list we have personal experience with. We've ranked them in order of complexity, starting with the lightest experiences and going to the most complex. The first four, in fact, would be excellent choices for playing with younger kids.

There's nothing new or flashy here, mind you, but if you're not deep into the tabletop scene most of these titles will probably be new to you. And, even if you are way down the rabbit hole and playing Xia: Legends of a Drift System on a weekly basis, these may just be titles that you've overlooked.

We're excited to hear about your ideas for great holiday games in the comments below. 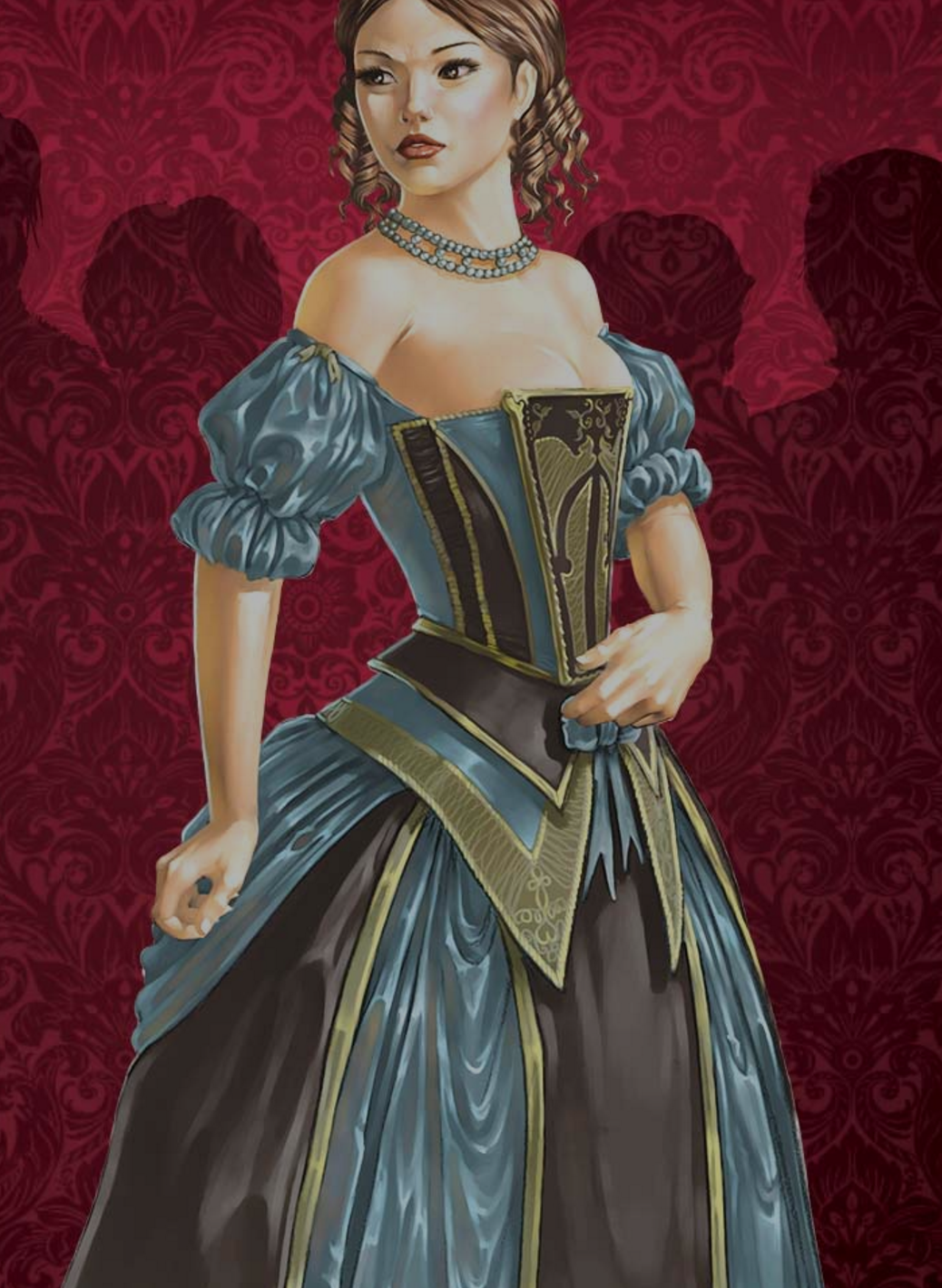 So small it fits in your shirt pocket, but so popular it's been reskinned for fans of both Batman and The Hobbit, Love Letter is a triumph of economy. Not simply because it's an inexpensive game, but because it achieves so much with so little.

Inside the felt bag are 16 cards and a few wooden cubes. With just these scant items you can have a game up and running in minutes. Love Letter is all about deduction, where players attempt to deliver their love letters to the princess while preventing other players from reaching her. It's fast enough to get lots of people lots of repetitions in a short amount of time, and has a decent appeal even for spectators who just want to watch the action unfold.

Keep your eye out for the upcoming Adventure Time and Archer themed decks.

As much as you'd love to play Cards Against Humanity this year, we know that might not be an option for every family gathering. But, if you just have to whip out a deck of cards after dinner, Exploding Kittens might be your savior. It's yet another Kickstarter-backed card game brought to you by the creator of The Oatmeal webcomics and two former Xbox employees.

The game promises a ruleset that takes two minutes to learn and 25 minutes to play. It's a mixture between the deck manipulation rules of Uno and the uncertainty of Russian roulette. Oh, and there's ample amounts of art that will make you laugh, even when you draw one of the four exploding kittens that will boot you from the game. When all the kids hit the hay from a turkey coma, there's an NSFW expansion deck you can buy as well.

Polygon had hands on with an early printing, and you can read more about our first few sessions with the game here.

Everyone dreams, and therefore everyone can play Dixit.

At the core of Dixit is a lavish, colorful deck of cards illustrated by a single, wonderful artist named Marie Cardouat. Each one represents a fantastical dream. They're so bizarre, and so beautiful, that each one could easily be a prompt for a short story. But Dixit is actually a cleverly conceived deduction game, one that encourages players to be smart with how they share information. To be good at Dixit, you have to know how the other people at the table think.

Dixit is one of those rare tabletop games where the journey is often more interesting than the goal. Even if you never finish a round, the stories you pull from your family about their own lives and their own dreams could make for a really special holiday memory.

No European board game is more popular in the United States right now than Settlers of Catan. Our friends at SB Nation recently visited the Catan World Championships. The game is so popular among the Green Bay Packers' offensive linemen that while you were preparing the holiday goose they were trading sheep for wood in the locker room.

But Catan can be intimidating. It's very social, and it involves a lot more table-talk than your family might be accustomed to. Additionally, there's a lot of new mechanics for them to get their heads around. Might we recommend then a title called Catan: Junior.

Catan: Junior is a streamlined version of the game with a pirate theme. It reduces the number of resources available, looks great on the table and provides a nice, easy ramp into the Euro genre. It's also great for children, and plays well with kids as young as six years old.

Whenever anyone mentions good starter board games they mention Ticket To Ride, and with good reason. The railroad-building game shares many common elements with traditional trick-taking games like Spades, Hearts, Pinochle or Euchre. When you pitch it to the grandparents like that, Ticket To Ride instantly becomes a cross-generational game. Bring a copy to your next family gathering and see how many age groups you can get sitting and laughing together at the same table.

When you get tired of the base game, try the alternate maps. And might we recommend picking up the USA 1910 expansion, if for no other reason than you get full-sized cards to play with. There's also a rock solid mobile version — pictured above — that works great wirelessly between devices.

Nuns on the Run

Tabletop games don't always have to be about slaying orcs or crushing the competition in some exotic economic simulation, and it doesn't get any more innocuous than Nuns on the Run, a hidden movement game published by Mayfair Games.

Two to eight players take the role of nuns at an abbey, lured from their chambers late at night by temptation. Each player has a goal — a location in the abbey they must reach and an object they must retrieve. But, along the way they have to avoid running into the abbess and the prioress. It's a charming game that scales well for larger groups.

If you're looking for a game that shares similar (though not the same) hidden-movement concepts, is a little more hardcore and also a bit grittier, try Letters from Whitechapel which pits period British police work against the notorious Jack the Ripper.

Another excellent title from board gaming's recent past, Castle Panic is a cooperative tower defense game for one to six players. Players work together to defend their castle, positioned at the center of the board, from the monsters that come lunging out of the forest.

Like Pandemic, it can be tense at times but the game never quite takes itself seriously. From the art style to the rulebook itself, Castle Panic has a great sense of humor. And, while players win or lose together, a victory points system adds a bit of competition to the mix. Higher level play includes quite a bit of screw-your-neighbor shenanigans.

There's nothing like playing a game about starving to death while being eaten by zombies to liven up your holiday gathering. In Dead of Winter, from Plaid Hat Games, players take the role of strangers who band together and struggle to survive against hordes of the shambling undead. While there are more than a few complex systems at work in the game, at it's core is a set of randomly assigned goals that can pit players against one another.

In Dead of Winter, for any single player to win everyone at the table must work together to achieve the game's main objective — like collecting enough gas to escape in a truck. That objective is randomly chosen before the game begins, making each game different from that last. But as the game progresses, each player at the table will also receive their own secret objective, which might be at odds with the group's survival as a whole.

The game loop has players protecting their base from zombies, taking risks and scavenging to feed their teammates, making moves to complete the main objective all the while managing whatever new crisis comes off the top of a deck of events, which keeps the game's narrative moving forward.

While the rules are fairly dense, the flow of the game is surprisingly smooth once it gets rolling. It wouldn't be all that hard to shepherd a group through the first few turns if you knew the ruleset inside and out. What Dead of Winter does exceptionally well, however, is keep everyone at the table engaged.

Dead of Winter is the perfect late night activity to share with your favorite group of cousins, the goofy ones that you only see once a year. With their help you can all starve, get eaten by zombies, be spitefully exiled and maybe — if you're lucky — accidentally burn down the local high school. In-game, of course.

Jeff Ramos contributed to this story.