Spectre review: The most disappointing James Bond film of the Daniel Craig era

In a lot of ways, Spectre embodies the obvious conclusion to a thread that has run throughout the four James Bond films that Daniel Craig has starred in since 2006. It's a shame, then, that it's not a terribly strong conclusion.

From the start, with Casino Royale, Craig's Bond was presented as something new and different. He had more of an edge, a darkness and, seemingly, a willingness to use that license to kill in more brutal ways. That first Craig film was named after the first Bond novel, a choice that seemed significant: This was a new beginning.

And yet, Daniel Craig's Bond films have also been marked by an undeniable tension with the series' own history. They've wanted more gravitas, but without giving up the levity and cute jokes Bond is known for. They want more emotional weight, but without changing Bond's casual misogyny. They wanted a greater focus on spy intrigue, but without losing the big action scenes or cool-but-ridiculous gadgets. 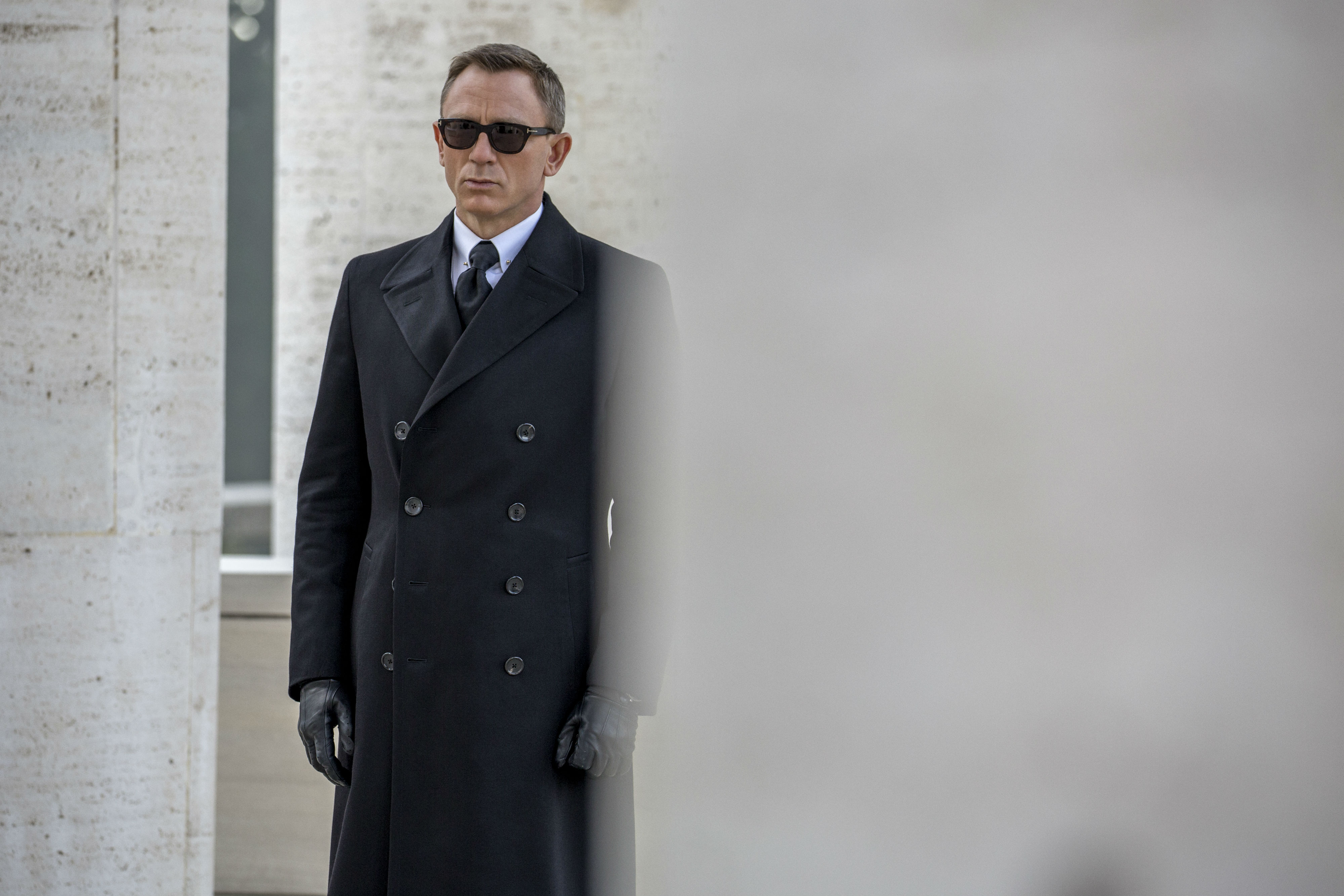 This push and pull between past and present came to a head at the end of 2012's Skyfall, a film that was all about whether or not Bond was an outdated concept, a "hero" we no longer needed. As you might expect from a film meant to continue propping up a series, Skyfall's answer to that question was a resounding ‘yes,' and it ended with what can be read as a return to "normalcy" for the franchise — all the characters in their traditional places, in their traditional gender roles, preparing for another traditional action-adventure romp.

Spectre wants to be that; it wants to embrace the series' past and open up Craig's version of Bond to some of the more over-the-top elements of Bond. It just fails to do so in a way that is at all compelling.

It opens strong, at least. In Spectre's first setpiece, Bond is in Mexico during a visually astounding Day of the Dead celebration. While the super-spy is ostensibly there on vacation, he ends up foiling a terrorist plot — but not before being at the center of the destruction of half a city block and having an unbelievable (and beautifully shot) fight in a helicopter hovering dangerously over the crowds of people.

Though he stops a major terrorist attack, Bond is notably working without direct orders from his supervisors on this mission. This becomes a big deal, as a major part of Spectre's plot concerns an attempt to shut down the "double-O" program. C, the new head of Britain's intelligence services (played by Andrew Scott), believes that secret agents are an anachronism, and what the world really needs is around-the-clock, around-the-world surveillance of everything. 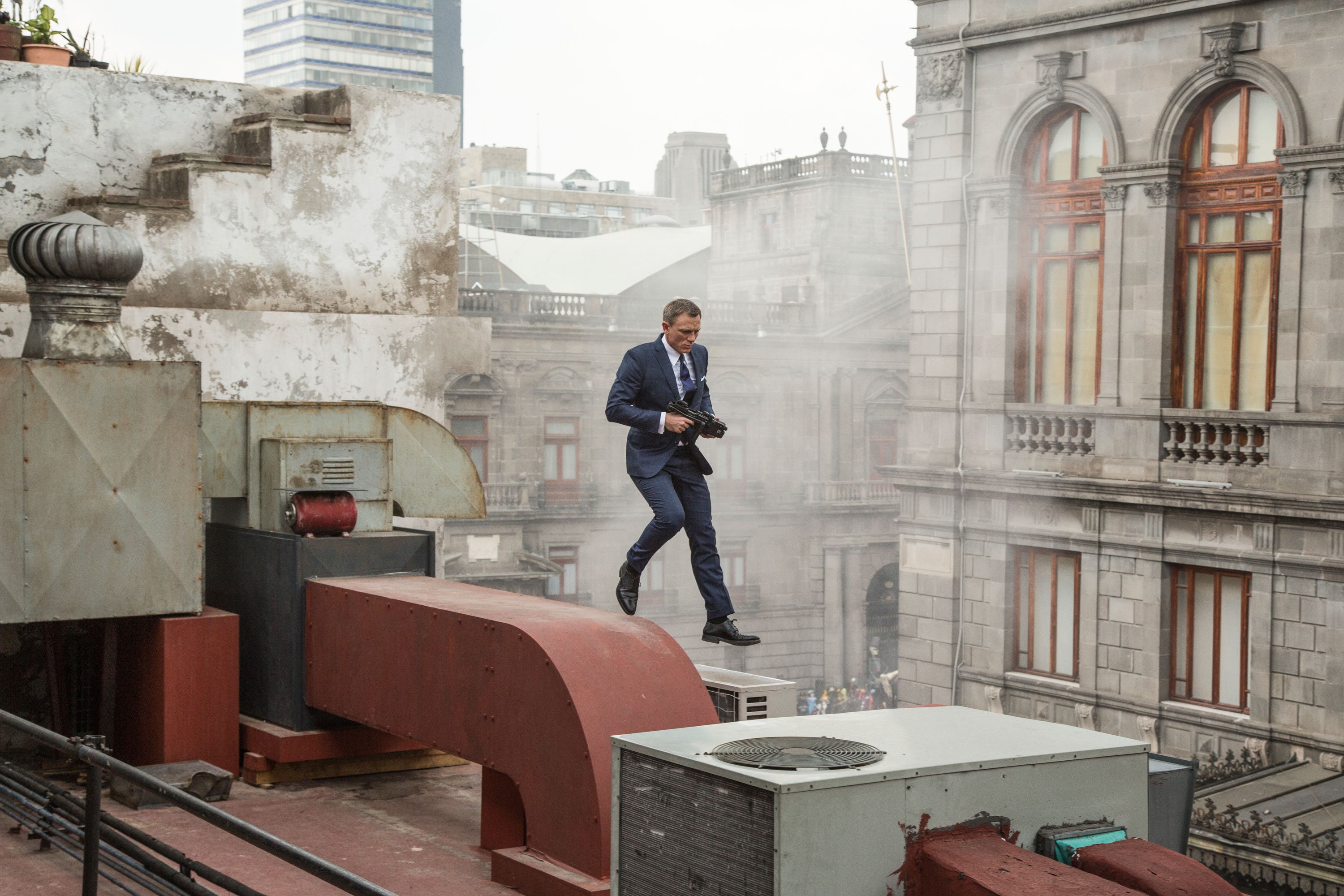 The film definitely wants us to think that this heavy-handed approach to surveillance is bad, which isn't a hard sell. But it never fully clarifies why surveillance is an unacceptable blow to freedom while Bond being involved in destroying a building presumably full of innocent people is acceptable losses. Oh well.

As the film progresses, Bond uncovers a sinister plot that not only ties together recent events, but also pulls in threads from all of the previous Daniel Craig Bond films. At the heart of it all is a man named Franz Oberhauser, played by a delightfully scenery-chewing Christoph Waltz.

Oberhauser and the secret terrorist organization he runs — the titular Spectre — are simultaneously the best and worst bits of the movie. For as little as it fits the darker and more serious tone of the Craig era of Bond, there's something wonderfully cheesy and watchable in 007 going up against a world-spanning evil empire run by larger-than-life bad guys.

On the other hand, the film's emotional core is compromised by Waltz's fun but nonsensical monologues. 007, as a concept, may be ridiculous, but Craig has always brought a certain weight and depth to his performance, one that has been equally shouldered by the side characters and villains across this series. Oberhauser has none of that depth. We're made to believe that he's brilliant, that's he's evil and that he has a connection to Bond beyond the obvious spy-versus-terrorist relationship. But none of this is fleshed out; Oberhauser has no conceivable motivation for his actions, and the other players in the film have no motivation for following him.

The script carries most of the blame for Spectre's shortcomings. Though the film is slightly overlong, Sam Mendes' directorial work is as strong as ever. The supporting actors in the film often shine despite being underutilized - Léa Seydoux is enchanting as this film's "Bond girl," Madeleine Swann; Ralph Fiennes' M, Ben Whishaw's Q and Naomie Harris' Moneypenny make Bond feel more like part of a team than ever; ex-wrestler Dave Bautista grounds some of the film's best action sequences as silent henchman Hinx.

But for all the great work of everyone involved, they can only do so much to lift up some painfully average base material. The film centers on the rivalry between Oberhauser and Bond, and it's those two characters who suffer the most from line after line of corny dialogue that just falls flat. Much of the villainous monologuing and winking banter feels like it's supposed to be a callback to the more tongue-in-cheek tone of ‘60s and ‘70s Bond. But Craig isn't Sean Connery or Roger Moore - that goofiness doesn't play to his strengths.

Spectre aims to wrap up the storyline of the serious, darker Bond that Craig has portrayed across three previous films, but it simultaneously wants to harken back to a simpler time of adventurous spy stories and unambiguously evil supervillains. I don't know that any script could successfully harbor these competing goals, but Spectre's certainly cannot. And while it would be a shame to see Craig's otherwise excellent run as Bond end on such a down note, I can't help but agree with the actor himself that perhaps it's time for a new Bond, and a new direction.